Pebble Builds Up its UK Team with New Appointments 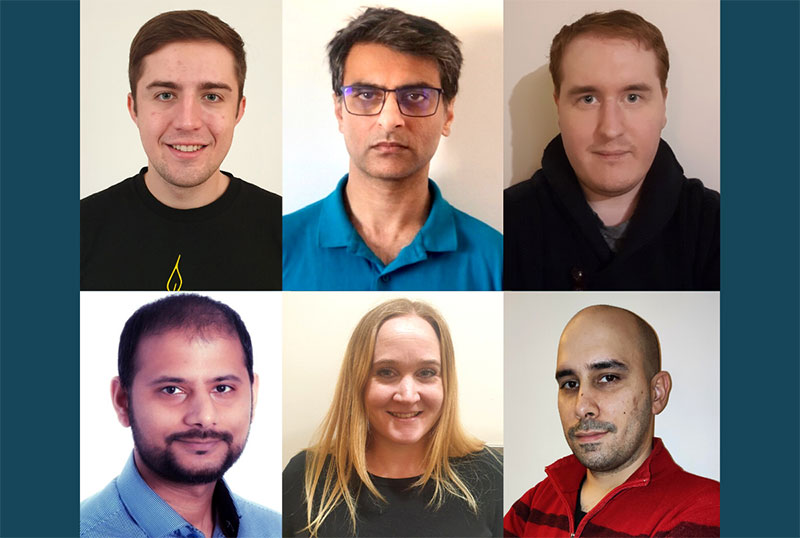 Pebble has hired several new staff members to its UK team. Confident following a robust 2021 performance, Pebble continues to invest heavily in its R&D efforts and has ramped up recruitment accordingly to support and amplify the development of new systems for broadcasters as they transition from traditional broadcast to more flexible IP-based infrastructure. The new recruits join Pebble’s R&D division, where they will be part of the team working on Oceans, Pebble’s service-oriented hybrid platform built for cloud and on-premises use.

Diogo Costa joins the UK team from Portugal, where he developed his programming skills in Full Stack Web Development and microservices across a number of industries. As Senior Software Developer, Diogo is part of the expanding Oceans team under the stewardship of Pebble’s R&D Technical Lead Edmund Lewry.

Joe Warren joins in the role of Software Developer, after an eight-year career at Peak Analysis & Automation, where he has been developing laboratory software for use in the pharmaceuticals industry. With experience in both front-end and back-end technologies utilising C#, .Net & REST, Joe will add strength to the Oceans Platform team.

Calum Hamilton takes the role of Developer for the Oceans Orchestration team. Previously at Citrus-Lime, he gained knowledge in C#, Javascript and ASP.NET, while using an Agile approach. Prior to this, Calum gained a 1st from Edinburgh Napier University and acted as a demonstrator for two years.

Also joining the Oceans team as Senior Software Developers are Sanjeeb Ojha and Tanvir Kazi. Sanjeeb takes on the role after a 10-year career at Moog, where he has developed his skills in C#, .NET and many other systems. In addition, Sanjeeb is an experienced Scrum Master in DevOps CI/CD, with expertise in working on public cloud platforms. Tanvir brings 15 years of experience to his role – he spent five years in the clinical research medical sector developing his skills in C#, WPF and many other technologies, and a decade in industrial sectors including metrology instruments and security.

With extensive administrative experience in the private and hospitality sector behind her, Carrie Marshall joins Pebble’s UK team as Operations Administrator to support the ongoing growth of the company.

Peter Mayhead, CEO at Pebble said, “As broadcast industry operations continue to transition to IP, we are seeing broadcasters and operators exploring ways of working in the cloud that make practical and financial sense. It’s an opportunity for Pebble to offer the kind of technology and support that meets this need. That is why we’re delighted to welcome Diogo, Joe, Calum, Sanjeeb, Tanvir and Carrie, whose expertise and capabilities further strengthen our Pebble team.” https://www.pebble.tv/