LocalGames Breaks with Broadcast Tradition to Keep eSports On Air 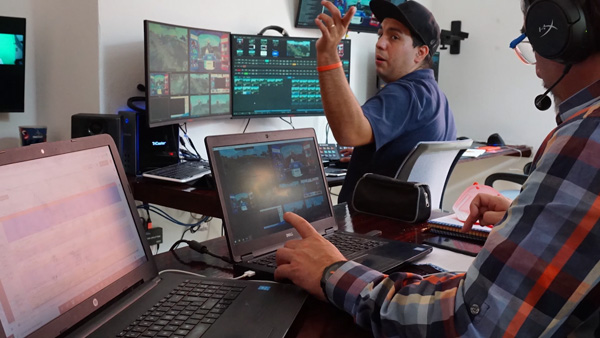 In 2020, Latin American video production company LocalGames realised that their traditional workflow for producing live broadcasts of eGaming tournaments was completely unworkable during COVID-19 restrictions. Gaming tournament broadcasts, which are the company’s primary business, would continue but all competitions would be virtual. No spectator-packed venues or competitors on-site were allowed, and international borders closed.

The company was given just over a week to adapt to that change. “Because all of our content is on network, we require a workflow that allows us to efficiently stream video to the network,” said Bernardo Pizurnia, CEO of LocalGames. “That’s why we started to look for products that are designed with livestreaming in mind.”

LocalGames purchased a NewTek TriCaster Mini 4K live production system. The TriCaster makes the functionality of a complete suite of media production tools accessible to operators, but it is also easy to transport to locations and flexible enough to manage and control complex productions. For LocalGames, purchasing a TriCaster was a workflow efficiency decision, but it was also a financial decision for the longer term. 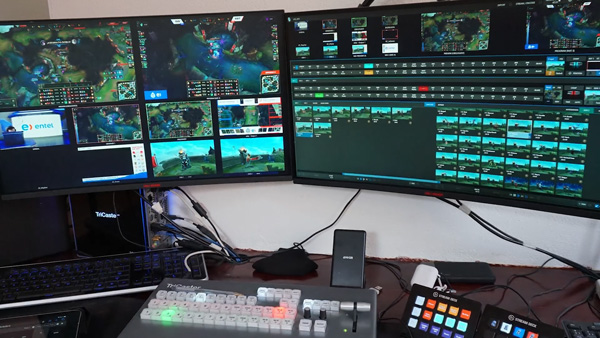 “We are competing against traditional production companies with traditional workflows for these production jobs,” Bernardo said. “Using older equipment and techniques makes their end-product more expensive compared to ours, and our output is more versatile because the workflow is already designed to stream. That’s one reason we have met success.”

Many staff members at LocalGames came from that legacy world of broadcast production, but still found the TriCaster to be relatively easy to learn. Rodrigo Cotiart, broadcast engineer and Chief TriCaster Operator for LocalGames said, “I usually learn something new by doing it. So, I just sat down at the TriCaster and got my hands dirty learning to record macros, create camera pre-sets, modify the Multiview, and build buffer animations. The most important step is to simply try the functions out and get your hands dirty. I still haven’t read the manual.”

Like most other sports broadcasters, replays are an important production tool in LocalGames’ production arsenal. Because the company had already been using NewTek’s 3Play device to produce instant replays for their eGaming programs, 3Play was one of the reasons LocalGames considered NewTek when pandemic restrictions were imposed. 3Play is built specifically for multicamera productions, and takes advantage of all angles covered. 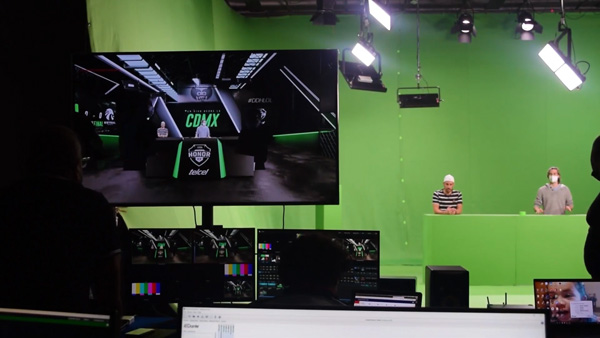 “I learned to use EVS or K2 for replays in my broadcast days. The transition to using 3Play was extremely simple,” said Rodrigo. “The only thing that changed was the location of the buttons.”

LocalGames frequently uses the NDI (Network Device Interface) software standard that NewTek developed so that video-compatible devices can communicate, deliver and receive high-definition video and audio over a computer network in a stream suitable for switching in a live production environment.

“Even before we bought any NewTek gear, we were using NDI under the free protocol,” Bernardo said. “Since we were familiar with NDI’s characteristics, this was another reason it made sense to go with NewTek products when it was time to make upgrades." 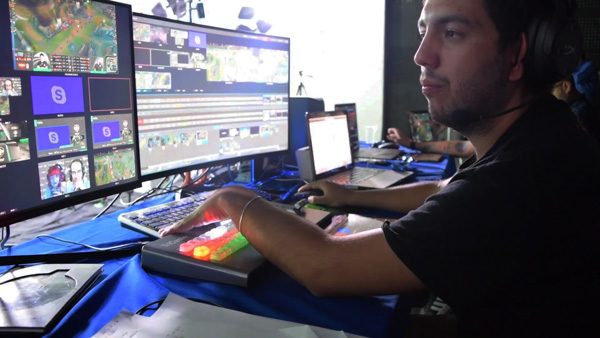 The company owns four NewTek Spark Plus converters, which capture video from digital cameras and other devices over an Ethernet network. They convert an HDMI or SDI video source to NDI, making it available as a video source, and they can also be used to integrate remote cameras at various locations on the network into a TriCaster.

LocalGames found their own way to use SparkPlus converters that solved an unusual problem. After purchasing their TriCaster Mini 4K, the company had legacy, non-NDI equipment they couldn’t replace yet but had to continue using. Plugging that legacy equipment into a Spark device meant they could continue production using this old equipment, and still take advantage of the TriCaster.

Just a few days after their world had come to a halt, LocalGames’ first redesigned broadcast, powered by the new TriCaster Mini 4K, went on the air. “That first broadcast was accomplished with video windows over a graphic background,” Rodrigo said. “But then we realized we could do more, and that’s when we started adding virtual sets using NewTek’s Virtual Set Editor built into the TriCaster.” 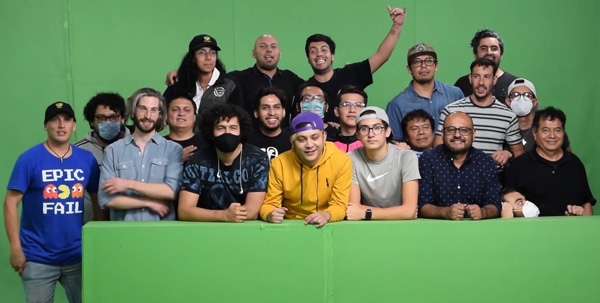 The next week, the broadcast featured its hosts sitting on a newly designed virtual set. The clients liked what they saw and pushed LocalGames to expand their productions further.

“Having to deal with this crisis at first forced us to find new tools,” Bernardo said. “Since then, we have learned to use virtual sets, and to incorporate Unreal Engine. It pushed us into the future and made it essential to make the most of the new systems. The subsequent growth of our company has been equally significant. I don’t honestly know how far we will continue in the future, but many new possibilities have opened up to us.”  www.newtek.com