Finding a Key to Standardising Encryption and DRM

The digital rights management (DRM) space is continuing to evolve rapidly in terms of new approaches and standards. As investment grows and the market becomes more saturated, more importance is placed on protecting valuable content via the use of DRM that integrates studio-approved encryption standards.

However, James Burt, CTO and co-founder of VUALTO, believes that the options are numerous and as a result, content providers are struggling to know where to start. He also believes that a promising approach could be on the horizon - the Common Media Application Format (CMAF) and Cipher Block Chaining System [CBCS] - and considers in this article how these two developments could help shape standardisation and interoperability in the future.

Microsoft, Google and Apple currently dominate the digital rights management market, with their respective DRM systems PlayReady, Widevine and Fairplay. While each has made headway in its own markets and applications, slightly different standards exist across each delivery platform.

Standardisation took a leap forward in 2016 as Apple and Microsoft came together to propose CMAF, a video streaming format to serve as an alternative to HLS and DASH, aiming to simplify streaming workflows and reduce latency and costs for content providers.

CMAF lowers latency with chunked encoding, which breaks the video into smaller chunks of a set duration that can then be immediately published once they are encoded. Near-real-time delivery can take place while later chunks are still processing. Storing just one set of video fragments at a time reduces the workload on encoders, lowers storage costs, increases CDN caching efficiency, and ultimately makes DRM easier to implement. CMAF also uses a standardised transport container to reach audiences’ players across the HLS and DASH formats. 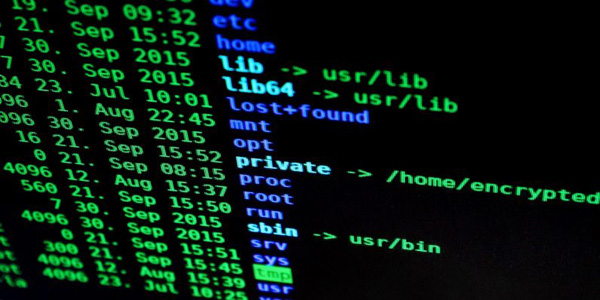 Regarding encryption, its application has previously been fragmented because different providers opted for different standards. Specifically, each provider was inconsistent regarding support for the CTR and/or CBC methods, which are part of the Common Encryption (CENC) standard. Both encrypt streams so that players can securely deliver and decrypt them with DRM licensing, but they handle encryption differently for the different streaming formats and aren’t compatible with each another. Furthermore, Widevine, Fairplay and PlayReady DRMs variously support CTR and CBC

Support for each one also isn’t uniform across devices and systems – a player might support either DASH or HLS, but not both, which means a provider would have to create two video file manifests in order to reach a mixed audience. This fragmentation creates a barrier for single file-set streaming, which is a goal for low-cost, low-complexity streaming delivery chains.

However in 2018, Microsoft and Google joined Apple in supporting the CBCS encryption mode, a promising sign for improving standardisation across the industry. To understand the role it could play in 2021 for content producers, it’s important to delve into its benefits.

Content providers looking for simplicity and flexibility in their DRM arrangement can benefit from encryption standards that work with a greater range of platforms, expanding audience reach through compatible devices. In addition, combining the low-latency CMAF container with CBCS encryption enables content providers to stream a single file-set per content title, mentioned above, to reach a majority of devices.

By bringing CBCS into play to run a partial content encryption, the end user sees a slight battery power saving during video playback, as well as lower latency, ensuring the most optimum viewing experience. Encryption and decryption tend to be slow, introducing latency and making it difficult to carry out real-time video processing. Partial encryption encrypts only parts of the original data while leaving the other parts unchanged.

Content providers should be aware that, at this stage, CBCS encryption is primarily available only on newer devices, limitating the audience that will see benefits. While content providers need to consider this limitation, the good news is that the situation will most likely improve moving forward as consumers upgrade their personal devices over time.

Home, Mobile – and Beyond

The potential for CMAF and CBCS to be more widely adopted in the future is already showing promising signs. In the market today, the two big players, Samsung and LG, who make up 75% of the smart TV sector, have included CBCS support by incorporating version 4.0 of Microsoft’s PlayReady. In the games consoles market, greater possibilities for CBCS integration have opened up with the 2020 releases of the PlayStation 5 and Xbox Series X.

In addition to home entertainment, as the three main DRM providers adopt CBCS into their systems, this development will create new market opportunities for content providers. Of the most widespread will be the mobile device market, which within a few years is predicted to be dominated by Google (Android) and Apple (iOS) devices. This development could help lead the way for true standardisation and interoperability in encryption and digital rights management, resulting in saved costs and increased efficiency.

Content providers will also benefit from being able to make a lower latency experience available to the end user through CMAF with complete device agnosticism, easing the deployment of multiple camera angles, real-time stats and other experiences that traditional broadcasting methods cannot deliver.  www.vualto.com