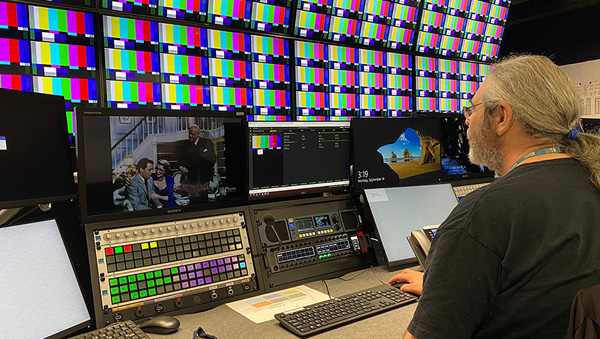 Australian free-to-air digital TV service provider Nine Network is currently relocating to North Sydney in a move that includes the creation of a new creative campus incorporating IP systems. A key element of Nine’s site development was the decision to change the data backbone of the studio from an SDI-based environment to a SMPTE IP-based infrastructure. Nine will work on an uncompressed SMPTE 2110 workflow encompassing on-air graphics, newsroom systems, post-production, network and infrastructure, and live studio elements.

“Our new offices represent an opportunity to not only bring together our two Sydney sites more collaboratively, but also to create an office and studio that are future-proofed by making a move from SDI to IP. It’s clear that IP will render increased efficiency and decreased costs, not to mention the fact that it improves our ability to engage in off-site and live collaborations,” said David Bowers, CTO at Nine Network Australia.

Bridge Technologies, through Australian business partner Techtel, have now completed their integration of the VB440 IP Probe for Nine Network. The integration of VB440 monitoring into the wider installation will help Nine’s team to understand and control the production environment. 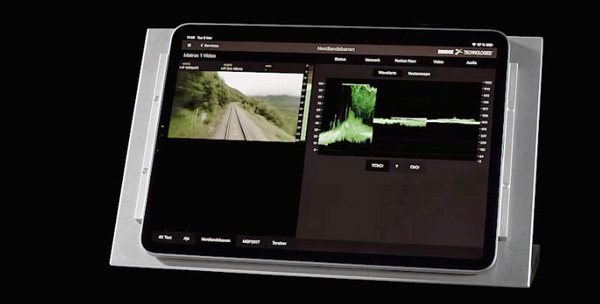 The VB440 carries out video, audio and metadata monitoring and analysis on uncompressed video transport in line with ST 2110, and also includes monitoring of the ST2022-7 stream redundancy scheme, Seamless Protection Switching, an element that benefits the back-up needs of the network during day-to-day operation or service migrations.

The VB440 represents an analytics system that can encompass numerous streams and multiple systems in real time and in parallel. Covering source monitoring, stream analysis, packet behaviour and IAT test performance, the VB440 enables production teams to continuously survey all layers of media transportation on an IP network and facilitates timely rectification of potential problems – including the impact of packet loss and jitter on the production environment and final Quality of Service (QoS).

Payam Safa, Solutions Architect at Techtel – who helped to manage the purchase and installation of the Bridge Technologies system – described the dual importance of VB440 integration. “The VB440 will give Nine an ongoing ability to monitor their IP-based production network over the coming years, and also during the transition from SDI to IP. It will be important in managing an effective and efficient change and transition process,” he said.

Simen Frostad, Chairman of Bridge Technologies said, “Building a greenfield site such as this represents a particular opportunity to think about network analytics right from the beginning, and build monitoring elements directly into the overall system, rather than adding them on at the end. Bridge has promoted this idea for more than a decade, and we hope that Nine will inspire other production companies who may face the opportunity that comes with a move from SDI to IP to redesign their systems from the ground up and build in monitoring and support systems from the start.”  www.bridgetech.tv