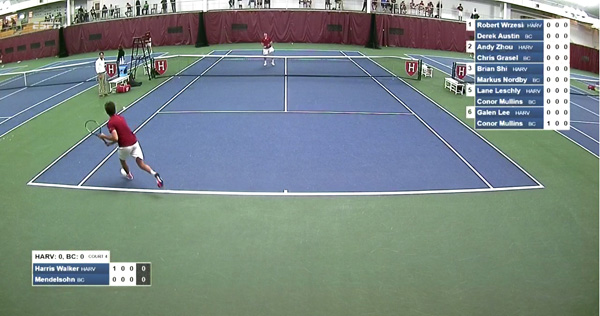 Harvard University has been recognised as one of the best colleges in the US for generations, not only for its academic standards but also for its high-ranking athletics program. The Harvard Crimson athletic teams include 42 NCAA (National Collegiate Athletic Association) Division 1 teams engaged in basketball, hockey, football, squash, tennis and other sports.

To keep the students, alumni and associated fans up to date on their favourite teams, the Athletics Departments’ multimedia and production arm produces and broadcasts home games in H.264 to ESPN+, the New England Sports Network (NESN) and the Ivy League’s international streaming platform, and also creates ancillary content.

About a year ago, in preparation for streaming to multiple CDNs, the department expanded and modernised its production workflow. They added more cameras, graphics and audio equipment and other tools, including the AJA HELO streaming and recording appliance, U-TAP USB 3.0 HDMI capture device and Ki Pro Ultra 4K/UHD/2K recorder.

“Streaming to ESPN+ has pushed college athletics to produce at higher standards. To keep pace, we needed better, reliable equipment that would still be affordable and be easy for everyone here to learn,” said Imry Halevi, who is Assistant Director of Athletics, multimedia and production at Harvard. “We churn out more than 300 streams a year at broadcast quality, and having tools like HELO, Ki Pro Ultra and U-TAP means that we can consistently meet the expected production standards.”

The workflows vary slightly depending on the sport. For the tennis and squash workflows, which are quite similar, POV cameras are mounted in each court with HD-SDI outputs and a mic output. The audio and video signals are fed into a rack holding a switcher, video unit and six AJA HELO H.264 recording, streaming and encoding devices.

The switcher, with an Intel Compute Stick that captures the scoreboard data, outputs the camera and mic feeds for each court via HDMI to a video unit for Harvard’s international stream. A Compute Stick is single-board computer designed for media applications. Its main connector, an HDMI 1.4 port, plus a monitor and Bluetooth-based keyboards and mice, allows it to be used for general computing. 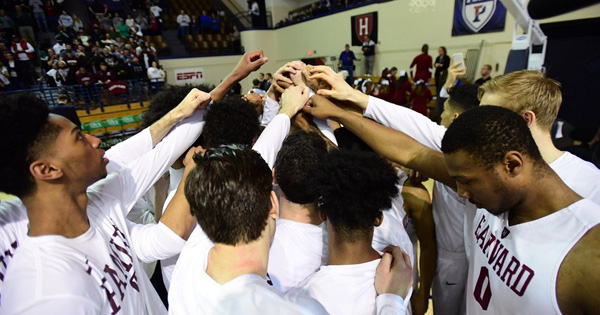 Meanwhile the SDI outputs are fed to each of the six HELOs, one per court, and streamed to ESPN+ in H.264 via RTMP, as well as recorded for archival.

“Most streaming operations now use RTMP because the stream quality is high at an affordable price. We could use a satellite truck, fibre or managed IP transmission, but none of these would be as practical or cost effective as RTMP,” Imry said. “This partly why we have 14 HELOs all together and plan to add more. They make it easy to change RTMP information, which is crucial because we get new RTMP stream information for every tennis and squash match. We can log into each HELO via the web UI, and create a new RTMP URL and ID.”

All footage that the team captures is archived, partially as a means of preserving Harvard’s history, but also to aid in content creation. The department’s archive contains material collected since the 1920s. “The content we create about Harvard Athletics often involves archived footage but we never know what we’ll need, when we’ll need it or how we’ll use it. By using HELO we not only have the ability to stream and record at the same time, but can also stream any file at any time because we can set different compression levels for each stream,” said Imry.

Imry recently added AJA U-TAP SDI USB 3.0-powered SDI capture devices to his collection of gear to double the number of feeds that his team could capture when live streaming with Telestream Wirecast on MacBook Pros. He said, “Most capture systems available today come with Thunderbolt ports, which is one reason why U-TAP attracted us. It allows you to take advantage of the MacBook Pro’s USB 3.0 ports to double the amount of inputs and outputs you can tap into.”

His team also deploys two HELO units in their basketball and hockey/football control rooms to stream video from sources other than cameras. Connected to DirecTV receivers, they use HELO to capture other colleges’ broadcasts of away games in H.264. In such cases they can schedule recordings with HELO’s built in calendar, stream and record at the same time, preview videos and see the video signal coming in.  www.aja.com