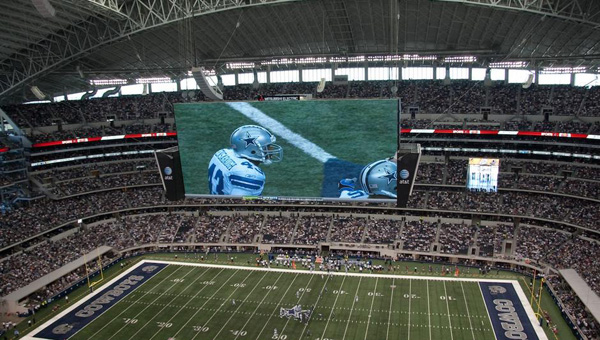 AT&T Stadium, home of The Dallas Cowboys, has undergone several upgrades to its large-scale facilities in preparation for the 2018 NFL season. The venue hosts over 100 live events each year, including the ten Cowboys home matches of the NFL season, and accommodates up to 100,000 people. The stadium’s display is a Guinness World Record holder for the World's Largest High-Definition Video Display.

Its infrastructure includes three control rooms. Three new EVS XT4K live production servers have been installed into one of these control rooms, which becomes the main replay hub during Cowboys home matches. The servers will be used to create HD- and UHD-resolution replays and as the main recording device for all events taking place at the venue.

Two of the XT4Ks will be used for the production and output of HD replays inside the stadium. The third will be set up in a UHD-4K configuration, which the Cowboys’ production team can use to create higher-resolution replays by zooming in on the action with EVS Epsio Zoom software. Choosing Epsio Zoom as an option, operators on the server’s LSM controller (live slow motion) can zoom into the replay to produce more in-depth, closer angles of the action inside the stadium.

Epsio Zoom creates clear, zoomed-in images within fast-action replays as an add-on to all EVS XT series servers. The software has integrated virtual camera zoom and keyframing, so that users can zoom into a clip or interpolate keyframes to track the action. This ability is based on AJA Corvid graphics cards, chosen for speed and to preserve resolution. It supports most formats and content types, including UHD-4K, HD and any SuperMotion camera used with an EVS XT series server workflow. 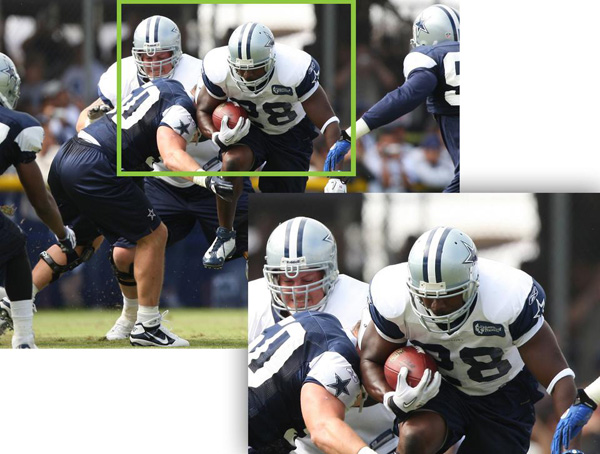 Dwin Towell, the Dallas Cowboys’ director of broadcast engineering, said that taking advantage of higher-resolution content in this way increases in-stadium engagement. “For the HD replays, we also use reverse camera angles that correspond to each side of the in-stadium display. We do this because if a fan is sitting on one side of the stadium, it’s unsettling and hard to recognise replays if the players are moving in the opposite direction.”

This attention to detail for fans requires a mirrored (reverse) angle for every camera the production team puts in place. Replays are created either from 12 live camera feeds from the mobile production units on site or from the team’s 14 in-stadium cameras – four of which are UHD-4K – and played out to both sides of the stadium’s giant display.

The XT4K servers have replaced the EVS XT2+ servers that were installed inside the stadium when it opened in 2009. As well as producing live in-stadium replays at the live events during the year, the servers are used as the production control room’s main recording devices and are connected to an upgraded IPDirector production asset management system. While the servers record the action, IPDirector manages the media throughout the live workflow. 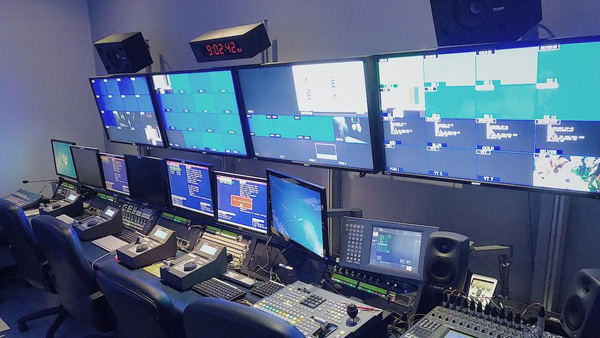 The team also has an LSM Connect application in place, which they use to quickly create playlists of the in-game highlights on-the-fly for playout. Connect is an interface for LSM operators that gives instant access and control over clips, playlists and metadata created with the LSM Controller. Operators gain time to focus on adding creative value to their programming while they organise playlists, edit on-air or add effects and animated transitions. They also have better visibility of their content management and the linked metadata.

Operating at the same time as the in-stadium control room, the Dallas Cowboys employ an EVS server and IPDirector workflow in the production and studio facilities at its world HQ, The Star sports and entertainment district 65km away in Frisco, Texas. Content is transported from AT&T Stadium via fibre links, and is ingested by the server. IPDirector instantly accesses and exchanges the content between the servers in The Star and the ones in the stadium on match-day so that the production teams can master, edit and output further media for fans.  evs.com