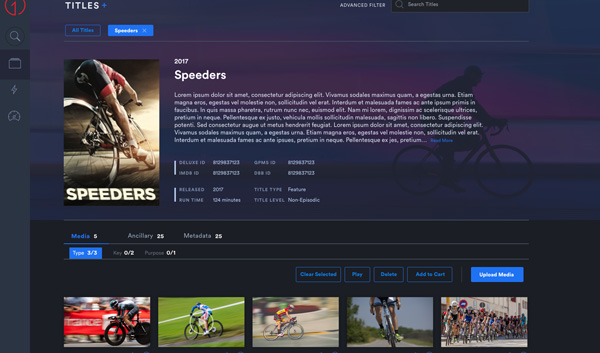 Deluxe Entertainment Services Group is a services and systems developer for video producers and service operators, handling the supply chain from creation to distribution. Through its scale and capabilities, Deluxe makes high quality content accessible to markets around the world.

Like their customers, Deluxe has been aware that digital systems have changed media and entertainment production, delivery and, in particular, consumption modes and patterns to such an extent that, if they wanted to remain useful and relevant, they would have to substantially change the nature of their media services.

Media Supply Chain via the Cloud

Specifically, the number of markets is increasing, as well as the number of languages and media formats studios must manage. Consumer expectations now include receiving content on each of their devices, new and existing, and receiving it in a locally acceptable manner – both of which have proven persistently complex.

In fact, Deluxe believes that, consequent to these changes, a content studio's ability to deliver content globally while meeting all of these demands may soon be the measure of their success. If producers have to put so much effort into distribution and processing, creators and consumers could also wonder how far their resources will go toward maintaining the quality of the content itself.

Last month at NAB, Deluxe Entertainment launched Deluxe One, a cloud-based, open platform of microservices designed to meet these challenges. The launch gave Digital Media World a chance to meet one of the platform’s main architects, Andy Shenkler, chief product officer at Deluxe. He talked about how Deluxe has reorganised and is delivering its media supply chain services via the cloud, similar to the way some companies have started handling their customer relationship and marketing services. 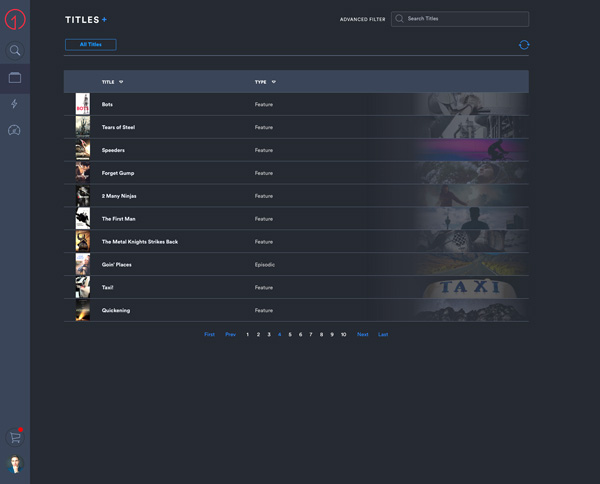 Services covering stages of content development from creation to viewer experience are accessed through one cloud-based interface, designed to reduce hand-offs between vendors and speed up turnaround times through automation. The Deluxe One platform is built on an open, modular architecture in order to integrate with a vendor's or customer's system, and emphasises giving users control and visibility through the media lifecycle.

“Visibility becomes especially important when platform users are in decision-making stages and need to know how to tweak and tune the system to make it work for them,” Andy said. “Visibility gives users more control over their own supply chain and timely, up to date information about the response content is finding among distributors and about viewing trends.

“An example of a key service on Deluxe One is consistent titling of pieces of content. When all titles are classified under the same system, each discrete item only has one unique title. By conforming to that system, producers' titles become searchable using standardised search methods, they are less likely to be overlooked, and distributors and their viewers can find exactly what they are looking for.”

Some other services call on existing industry expertise. Replacing the traditional siloed approach to services, Deluxe One works as an open hub, allowing customers and other vendors to connect their businesses with Deluxe. Vendor partners' services that are currently integrated in the platform include DLVR for multi-CDN switching and optimisation for peak streaming performance, Globant's OTT platform systems for publishers and content creators, Hybrik scalable cloud-based transcoding and Mediamorph rights information and management to automate flows of content. 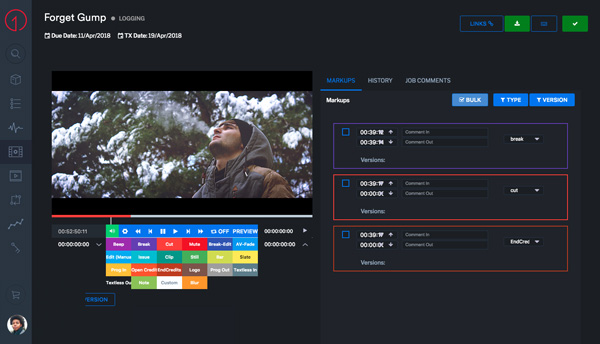 Andy noted, “In a cloud environment, scaling may not only refer to elasticity – that is, numbers of distributors, viewers, producers and so on - but also to the scope and comprehensiveness of your operations. You can use lots of services, typical of a large enterprise, when you need them, or try new ones. It will be costlier but reach a larger, more diverse group of people. At other times you can scale back and just use a few core services, which is cheaper but appropriate when focussing on your regular network of users.”

A major advantage for content producers is the ability to connect with a worldwide audience without building a large operations team or working under the constraints of traditional distribution agreements. Deluxe One serves 1,200 to 1,400 endpoints for viewers, including all digital cinemas in the US, all of whom need content.

If you sync your library with Deluxe One, allowing it to manage your assets, it becomes accessible to Deluxe’s distribution services, and makes localizing, packaging and delivery simpler. Title tracking means you can coordinate release windows across the relevant markets and devices to increase chances for monetisation. Looked at from the consumption or distribution end, Deluxe One is a content aggregator with services making it easier to find exactly the kind of content desired at any time.

“Also, distributors do not necessarily need to abandon their usual ways of sourcing content by conforming to the structure of Deluxe One,” said Andy. “For example, some operators receive content from hundreds of owners. Processing these pieces individually is expensive but it gives the operator a chance to build up a distinctive mix of media that makes their service stand out, especially if they hire specialists to curate and handle the material.” 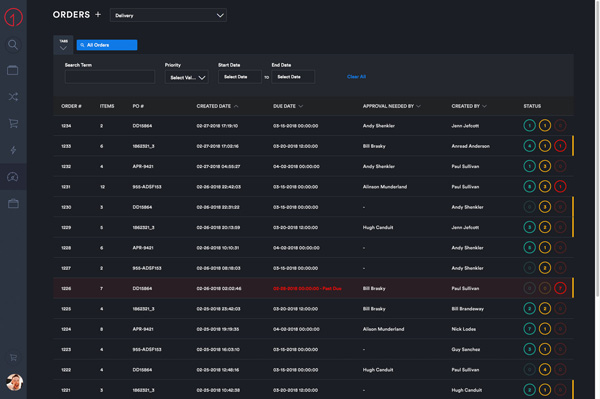 Such service providers can use the platform to ingest content from all of their content sources into the Deluxe One title library. They can still see everything as it comes in but the library structure removes the layer of randomness due to unscheduled arrivals. Once they select their titles, Deluxe One can automate the processing and meanwhile give users visibility into where everything is at any given time.

Perhaps one of the biggest and most attractive promises Deluxe One makes for modern OTT businesses is global expansion into new markets. A new market usually refers to a new territory with legal requirements for content delivery, but loyalty programs and markets associated with institutions and special interests may have restrictions and requirements for content as well.

Taking an existing pool of titles and localising them to the language, regulations and viewing habits of a target market is complex and has consequences for the success of the service. An OTT can tell Deluxe One what market it is aiming to enter. The system will check what audio files, subtitles and other assets are needed and compare it with what the operator has. Missing assets can be identified, supplied and packaged for delivery.  www.bydeluxe.com/en