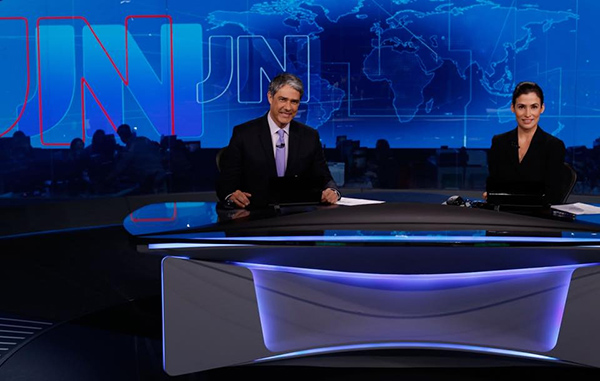 TV Globo, one of the largest broadcasters in Latin America, recently undertook a studio transfer and modernisation project at its Recife, Brazil location to a new hybrid SDI-IP facility. The infrastructure employs IP-capable processing, monitoring and control systems chosen to help TV Globo reduce costs over the longer-term, and simplify  operations. Equipment for this part of the project, bought from Imagine Communications, is also expected to make it fairly easy to integrate future standards and system upgrades, helping them keep up with evolving market demands.

The need to move operations to a new facility in Rua da Aurora, Brazil, opened the opportunity for TV Globo to take the first steps toward transitioning its broadcast centres from SDI to IP. By shifting the core of the new infrastructure from baseband routers to standard Ethernet switches from Cisco Systems, and surrounding those switches with SDI-to-IP gateways from Imagine, TV Globo was able to make the move to IP while still preserving the original SDI endpoints, including cameras, processors and so on.

The first set of SMPTE ST 2110 standards was ratified in September 2017. “Although the project was approved some time before the new IP open standards release date, it was clear that we didn’t want to build the new infrastructure on a baseband foundation and that it made sense to take advantage of some of the efficiencies of IP at the same time as the move,” said Thiago Abreu, Project Manager at TV Globo. “The result is a hybrid facility based on IP, an approach that enables us to maintain our network into the future while completing an incremental, self-paced migration to an all-IP future.”

TV Globo is using the Imagine Selenio MCP3, equipped with Uncompressed Over IP (UCIP) modules that have SDI/IP on- and off-ramps to the Cisco switches, which support both 10Gb and 100Gb ports using a leaf-spine configuration. The Selenio MCP3 modules act as SDI/IP gateways and allow TV Globo to preserve the existing SDI systems on the edge of the network and save the expense of replacing its entire infrastructure. TV Globo’s staff is also shielded from disruptions to their operations by an installing Imagine’s Magellan SDN Orchestrator, a management platform that masks the complexity of IP and hybrid routing by controlling both SDI and IP domains simultaneously. 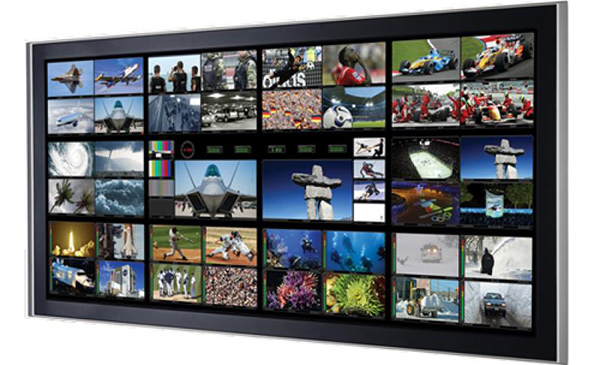 Imagine’s EPIC MV multiviewer was also part of the installation. Because EPIC MV is a mixed signal SDI-IP multiviewer  it is possible for TV Globo to monitor the hybrid infrastructure with a single multiviewer, and because it is also UHD-capable they will be able to migrate toward UHD and other image-quality developments as soon as market conditions dictate. The new Recife broadcast centre began operations in early 2018.

The network conforms to SMPTE ST 2022 standards for SDI over IP, which were adopted widely when this project was started a few years ago. It also follows technical recommendations from the Video Services Forum (VSF) that allow audio to be handled separately from the video and data streams. The UCIP cards within the Selenio MCP3 (mentioned above) carry out the SDI-to-AES67 audio conversion. These same SMPTE ST 2022 and VSF standards were the basis for the recently ratified SMPTE ST 2110 standards, and meant TV Globo could migrate to the latest IP transport standards though simple software upgrades.

QVC Japan is designing and building a multi-vendor, UHD and IP-based infrastructure as well although, as a global shopping channel, their operations are rather different to TV Globo's. They are using the new facility, which supports uncompressed HD and UHD signals based on SMPTE ST 2110 standards, to improve on the buying experience for Japanese viewers through the adoption of a software-based infrastructure that uses commercial off-the-shelf (COTS) equipment. 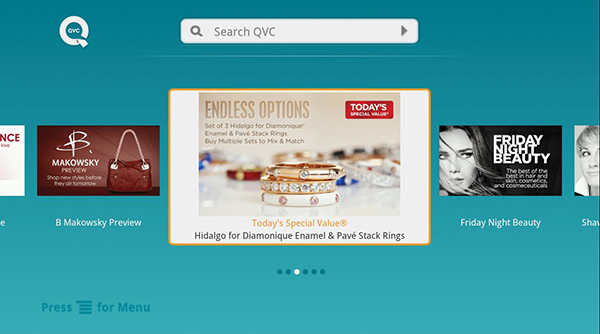 QVC is a major shopping channel with operations around the world. Imagine Communications has already been working with QVC in the US for the past several years, supplying their main routing and processing system. The upgrade and expansion of its Japanese teleshopping studio production room, among the first large-scale ST 2110-compliant UHD facilities in APAC, is part of the company’s initiative to upgrade its technical agility and flexibility, and be able to respond rapidly to the upcoming generation of television shoppers as their expectations change.

In this case, Imagine Communications worked with Diversified, a media integration solution supplier, on oversight of the multivendor installation. Imagine supplied QVC's new channel in full compliance with  SMPTE ST 2110 standard for the delivery of uncompressed video, audio and metadata over IP network.

This deployment is Imagine’s Selenio Network Processor (SNP), released recently as an SDI-to-IP gateway and an all-IP signal processing platform. Its operations include HD-UHD up-and-down conversion and colour space adjustments, as well as managing the high dynamic range adaptations and conversions needed to integrate UHD and HD signals. Due to its high-density processing, QVC can use Seleneion SNP for synchronization and timing functions involved in integrating new signals into the production environment and setting up the optimal timing of ST 2110 signals for interoperability with other compliant equipment. 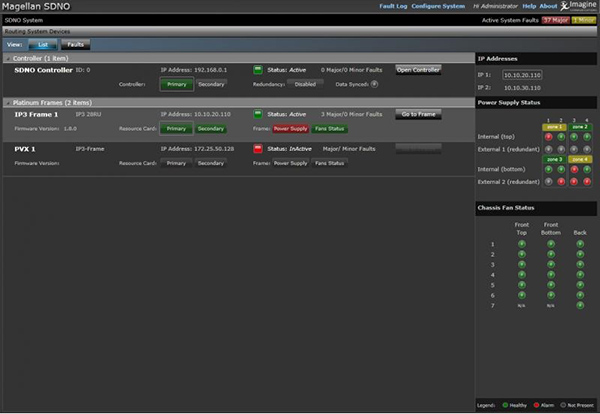 For signal monitoring, QVC is also using the Imagine UHD-ready EPIC MV multiviewer as a single monitoring system across their SDI and IP infrastructures. It supports monitoring of ST 2110 traffic natively, and because it runs on Zenium microservices-based software architecture, EPIC MV is capable of scaling to handle very large-scale, complex installations.

QVC  chose the Magellan SDN Orchestrator control system to oversee routing management at their shopping channel. Their new system actually involves devices sourced from a number vendors and needs  a single control system that manages the IP signalling domain and integrates third-party devices into an IP-based routing system. As at TV Globo, because Magellan's control is software-based and simultaneously supports hybrid and all-IP routing, QVC has been able to manage their installation with no operational disruption to their internal department teams.

Networkwide compliance with ST 2110 was, of course, a requirement for QVC. It not only makes sure of interoperability across the multivendor installation, compliance makes it possible to work with uncompressed UHD signals. As a competitive shopping network, they are keen to deliver high-quality video with low latency. The capability of ST 2110 to transport video, audio and ancillary data in separate streams is a further advatantage in terms of production flexibility and efficiency.