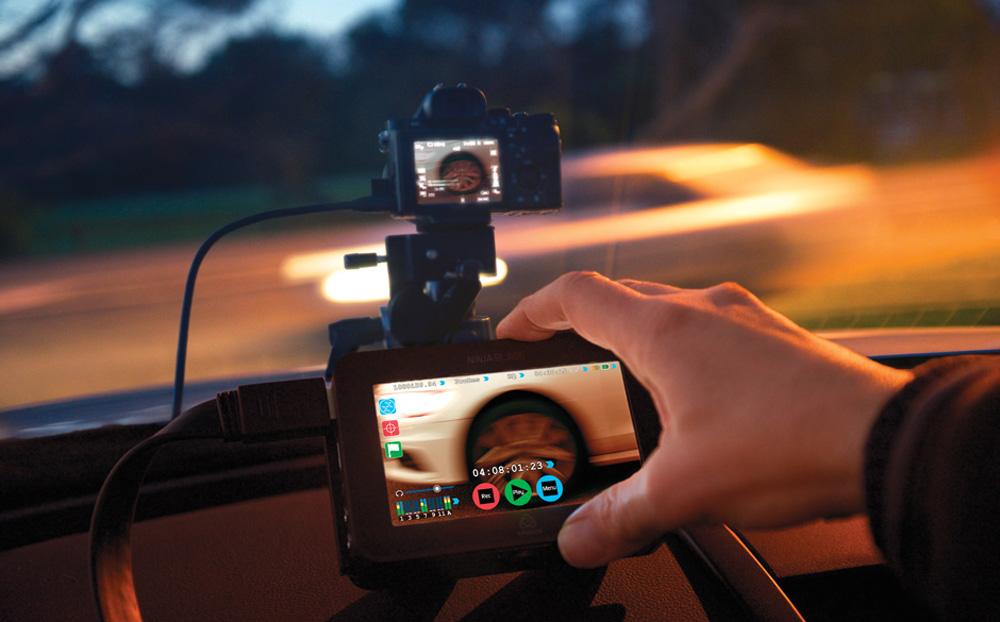 The Shogun Inferno monitor displays 10 stops of dynamic range due to the company’s AtomHDR image processing and 1500nit brightness for outdoor monitoring, and uses 10-bit processing to produce smooth colour transitions. These capabilites match those of the existing Ninja and Shogun Flame monitor recorders, but on the recording side Inferno can capture 4K 60p and HD 240p ProRes and DNxHR, from either a video or Raw signal, suited to sports broadcasters and slow motion recordings. It also records Cinema DNG up to 4K DCI/UHD 30p or 2K/HD 120p.

The purpose of all Atomos monitor/recorders is to both add a high-resolution screen that displays the scopes and tools needed to set up shots on set, and to record ProRes and DNx video from all types of cameras via SDI and/or HDMI connections. Starting at NAB this year, Atomos moved up into HDR monitoring for HDR-capable cameras to overcome the clipping function built into standard monitors. Like Inferno, AtomHDR image processing will be added to the Atomos Ninja, Shogun and Flame 400nit/8-bit monitors as a free upgrade.

While sensor and camera manufacturers – Canon, Sony, Panasonic, ARRI, JVC and so on - have been capturing images with a very wide dynamic range – sometimes from 12 to 15 stops - for some time, the results can’t be viewed without a HDR capable screen. When HDR video is fed into an SDR monitor as a log signal – which emphasises the tonal range of a sensor - those extra stops of DR are adjusted to fit within a mathmatical curve compatible with the 6-stop limitation defining the monitor’s performance, producing the washed out appearance of the images on conventional screens. 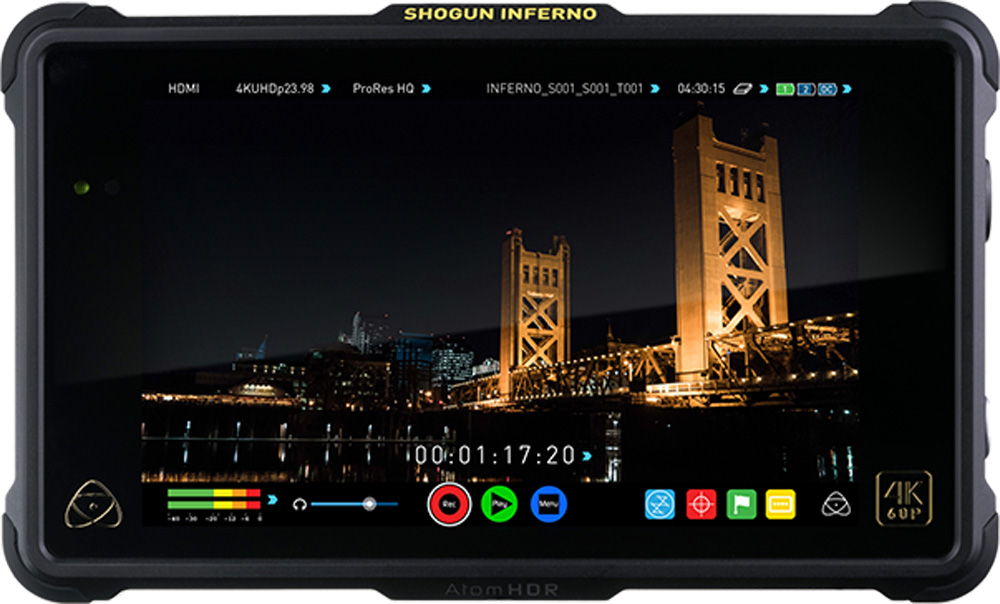 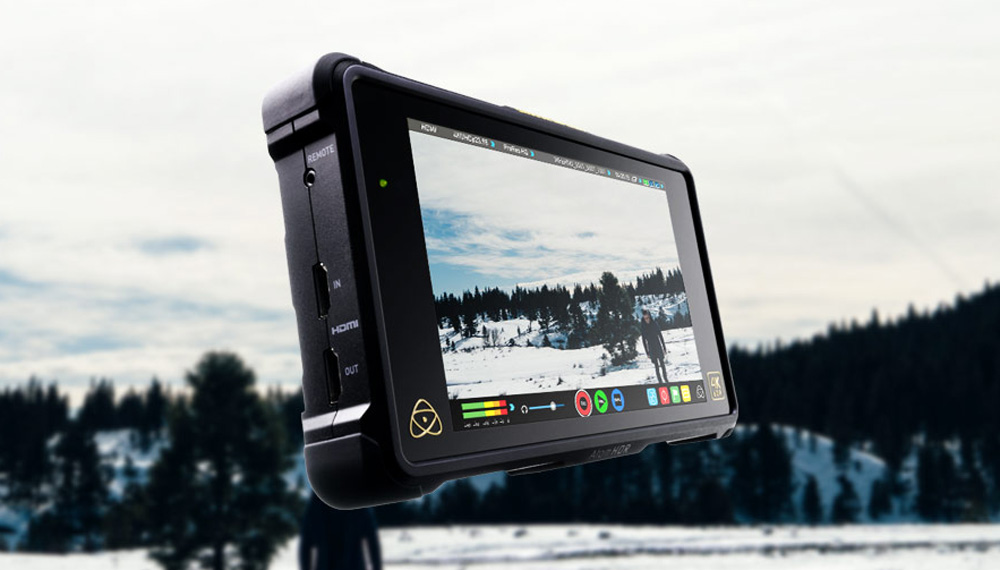 Although the DP may not mind what is on the screen, because he or she knows that all the information is stored in the data to use in post, the other members of the crew and production, including the director, can’t use the images on set very easily. Such images can also tempt the DP to adjust the actual exposure to get a clearer view on screen, which downgrades options for colourists.

Activating the new HDR setting on Atomos monitors makes it possible to display an image that matches what your eyes see much more closely. The setting includes the camera source and image format, so that you can make adjustments according to the camera’s specifications. As you tune the setting, a clipping line on the screen shows how much dynamic range is being added. This means you do not have to rely on calculations or grey cards, and meanwhile recording proceeds non-destructively, directly to log. 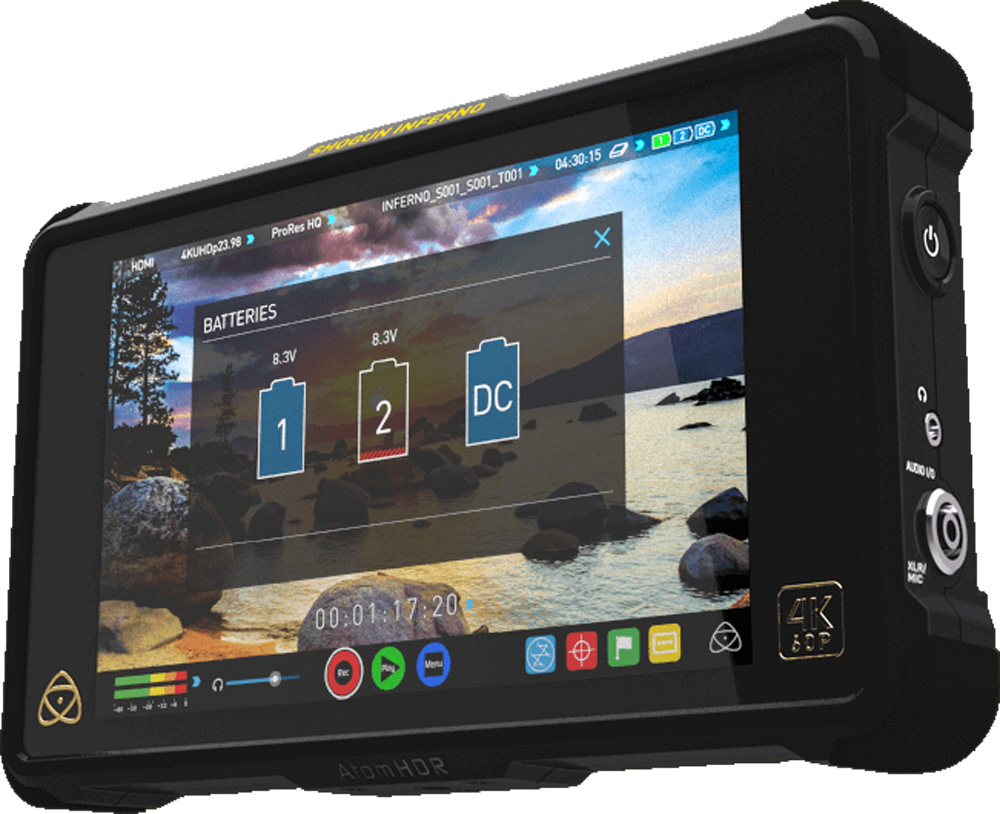 Further, video containing with the HDR standard for luminance - PQ or ST-2084 - can be fed either into or out of the monitor. For example, it can be fed out to a large-scale TV screen, which the whole crew can use for review. On the other hand, it can also accept PQ video as input, so that if your NLE outputs a PQ signal, you can use the monitor for HDR grading. Tagging is also possible via the monitor while reviewing, and the tags can then be exported as XML data.

Atomos has also taken measures to preserve the colour accuracy of monitors in the field or studio, which tend to shift over time. To correct this shift, Atomos partnered with calibration specialist X-Rite so that their i1Display Pro device now works with all of the Atomos monitor-recorders.  www.atomos.com