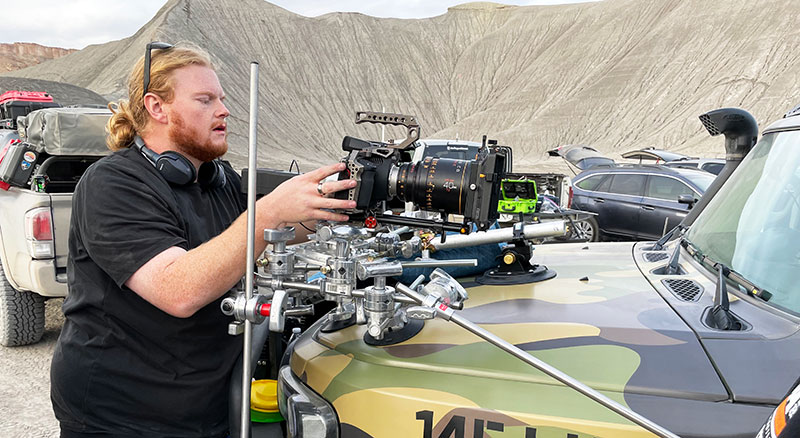 Director Ashton Sterling Bingham and DP Sam Sargeant worked together on a recent commercial for Nokian Tyres. Titled ‘Alive’, the spot demonstrates how the client’s Outpost all-terrain tyres are made to withstand all environments, with specialty compact cameras attached to both the pursuit and the subject vehicles as they sped over sand dunes, through mud and across snowy terrain.

“We shot across the state of Utah, all in vastly different, unique and challenging environments, capturing everywhere from Swing Arm City, which is a huge open area made of bentonite clay where off-road motorsports and motocross drivers ride, to the Uinta National Forest and Uinta Mountains during a snowstorm. We also went out near the Bonneville Salt Flats and Knolls Recreation Area for dirt and dune shots,” said Sam. 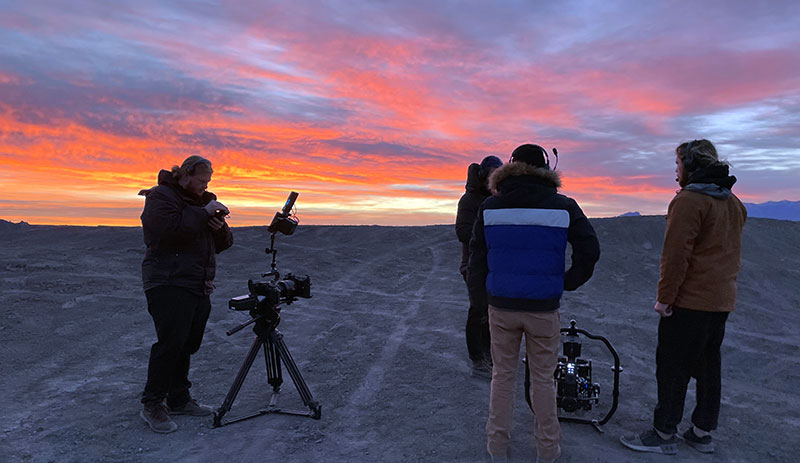 “All of these elements really pushed us in terms of the ways that we could shoot, which meant we needed to find cameras able to withstand the elements. They had to work in frigid cold, in extremely dusty and windy environments, in the snow, dirt, mud, on the car, in the car and even underneath the car.”

Sam used a Blackmagic Design URSA Mini Pro 12K as the A camera, primarily attached to the pursuit vehicle, with Blackmagic Pocket Cinema Camera 6K Pro and Pocket Cinema Camera 4K digital film cameras capturing shots inside the main subject vehicle. He also rigged up these smaller cameras onto the body of the car, externally, from the tyres up and below tyre level.

“Most automotive work focuses on a single vehicle, or set of tyres, traversing the elements. But in this case, with two vehicles in front of the camera, it was imperative to capture multiple angles simultaneously to save time. With our fleet of Blackmagic Design cameras, we were able to meet this challenge head on,” said Director Ashton Sterling Bingham. “By pre-rigging each camera, we could move from station to station without errors. 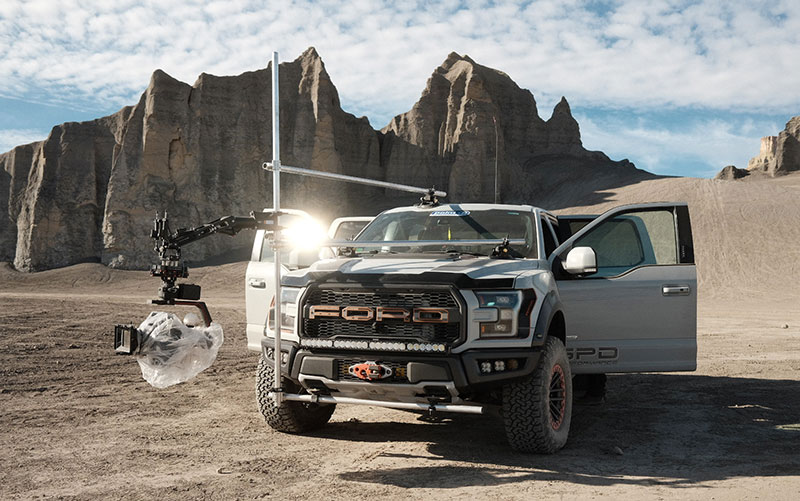 Toughness and nimbleness were critical factors on set, but the production was also expected to produce a polished, cinematic result. A robust, compact build is unusual to find in cameras capable of shooting high quality images. The Pocket Cinema Cameras were chosen because they could be used for tight interior shots, right next to the tyres and underneath the vehicles, without sacrificing looks and consistency.

Blackmagic RAW was recorded on all of the cameras. “Knowing we would be able to mix and match any of the footage in post made planning and shooting the video easier. Blackmagic RAW with the 12K sensor was especially impressive, as the format and sensor were designed for each other,” Sam said. “The URSA Mini Pro 12K’s sensor was a joy to work with. Using equal amounts of red, green and blue pixels, we brought amazing colour fidelity to the image that feels natural. 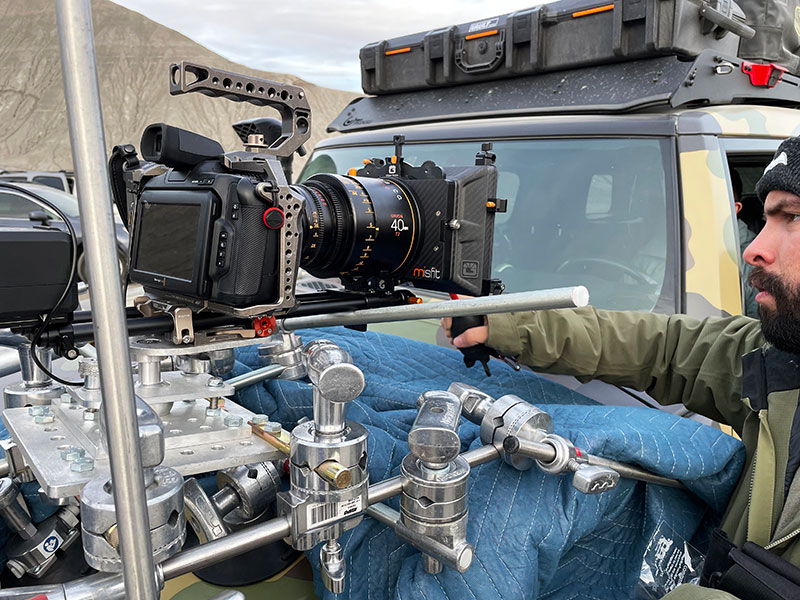 “By adopting Blackmagic RAW, we had the advantage of working with RAW without needing heavy processing power in post or filling up the production’s media storage space. It’s very efficient, comes in various versions and supports the level of control we wanted in post. Just having confidence in the results we could achieve is really what allowed me to push the image just a little bit further and a little bit harder while we were on set.”

From Cut to Colour and Finish

Keyhan Bayegan was the colourist, working with DaVinci Resolve Studio on a DaVinci Resolve Mini Panel. He chose Resolve because he actually needed to look after several other tasks apart from grading. For instance, he used the software’s collaboration tools to facilitate live grading sessions between his Los Angeles studio, and Sam and Ashton in Utah. Keyhan also used 2D VFX from Resolve Studio’s Fusion page for beauty work and cleanups, and the Fairlight page to combine the sound tracks and footage when creating master deliverables. 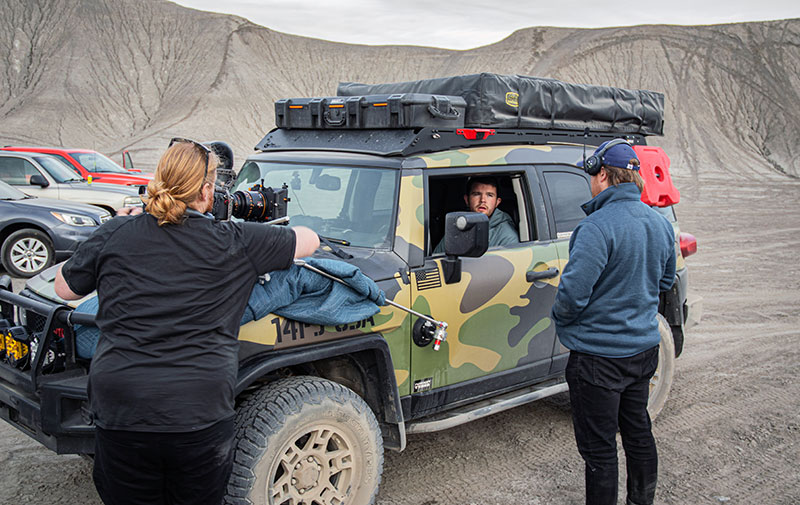 “Using DaVinci Resolve Studio meant we could integrate colour capabilities with editorial and VFX features,” he said. “At each step of the pipeline, we defined a set of parameters and then expanded on that into the next step, such as clean ups, VFX rotoscoping work, all the way to colouring and finishing. Starting from the edit, we were able to online and conform the project and recreate the editorial effects like burn-ins and flashes, with their proper compositing modes.

“For the grade, we started by experimenting with different LUTs. Then I used warpers, log controls and some Resolve FX to build the look and lock it very early on, so we could all focus on the creative aspects rather than the technical ones. Since we were live grading this project remotely, I wanted to dedicate most of our time to grading rather than just balancing the images and fixing problems.” 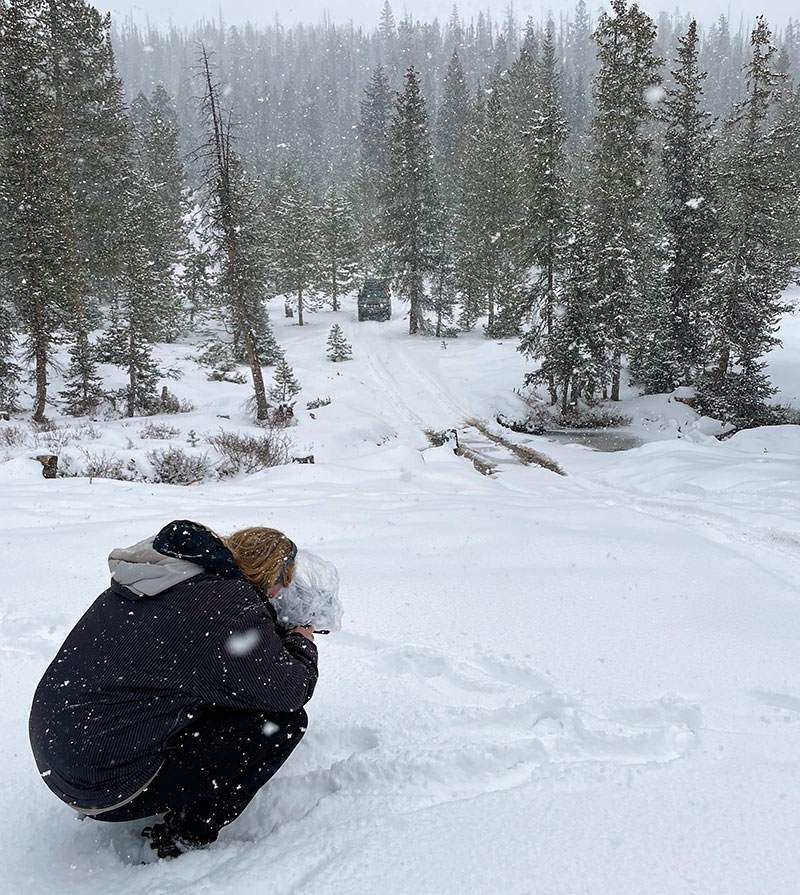 Ashton commented, “As a director, I want to put all my mental energy into what’s in front of the camera. The best tools are the ones I have to think about the least because they allow me to focus on what’s on the canvas and not what’s in my hands. That is what the cameras and DaVinci Resolve Studio delivered.” www.blackmagicdesign.com 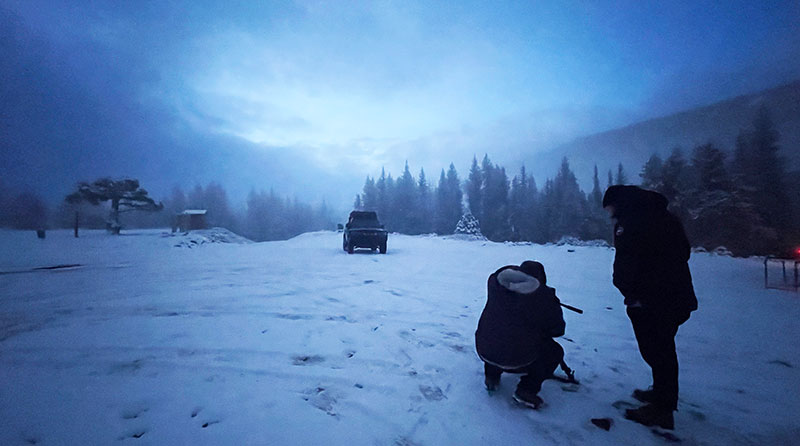 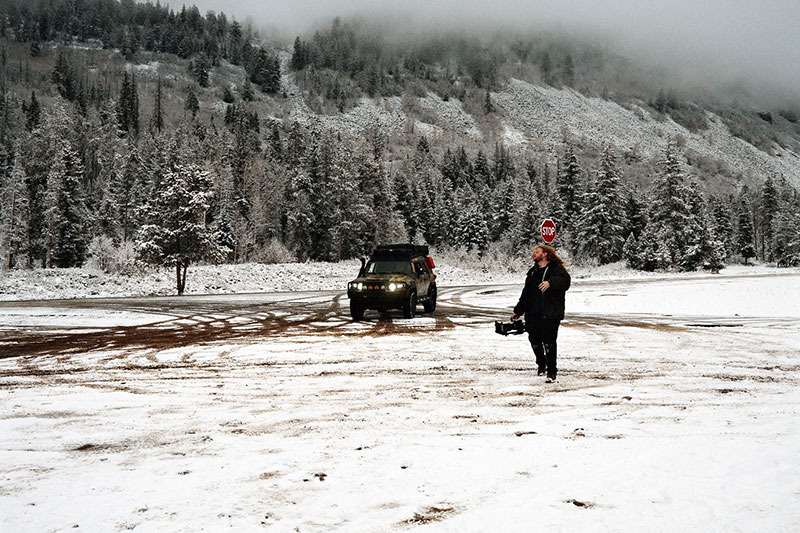