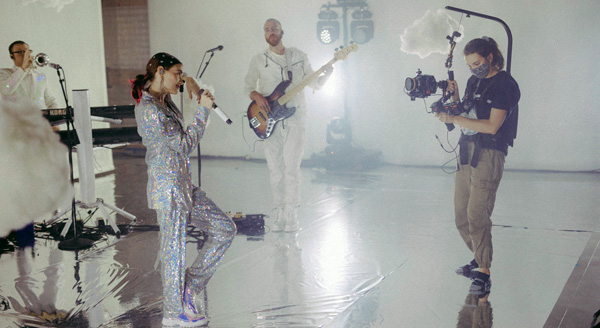 American band MisterWives launched their third album, SUPERBLOOM, in mid-2020 but were unable to tour live due to Covid. In order to bring the album to their fans, they decided to create ‘The Live Dream’ experience, which mixed the energy of their live shows with narrative filmmaking that visually told the story of the album and included multiple sets, costumes and choreography.

With millions of fans around the world, MisterWives are well-known for their exciting, colourful live performances. With a clear creative vision from vocalist and principal songwriter, Mandy Lee, the band worked with director Matty Vogel and DP Carrie Stalk. Matty is best known for his still photography with artists such as Thirty Seconds to Mars and Billie Eilish, and helped the band design the concept behind the stream. The band’s core touring crew, led by production manager Noah Almekinder, were integral in making sure the technical foundation of the show could be realised. 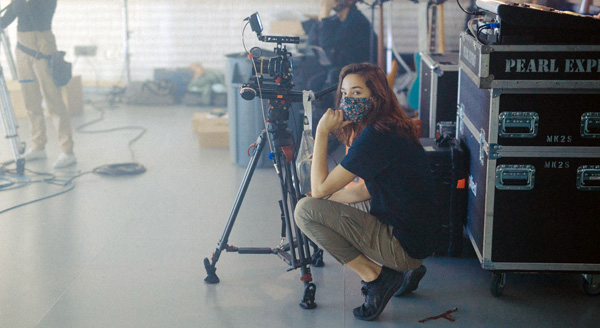 “This was a special project – a live music experience that brought together the energy of a live show with high quality filmmaking – and it was all done by a crew that had never worked on a live music streaming project,” Matty said. The concert, a mix of a live concert setting and feature film, was streamed globally to tens of thousands of fans.

‘SUPERBLOOM: The Live Dream’ was shot over five days in MAGIC Spell Studios at the Rochester Institute of Technology (RIT). The video was shot in the order of the songs on the album, in order to walk viewers through the emotional journey of the album.

The shoot included a full live performance with professional immersive lighting, effects and a giant projector screen displaying graphics that Matty had created for the show. It also included dramatic changes from day to night, high quality moonlight graphics and a dance troupe performing around the band. 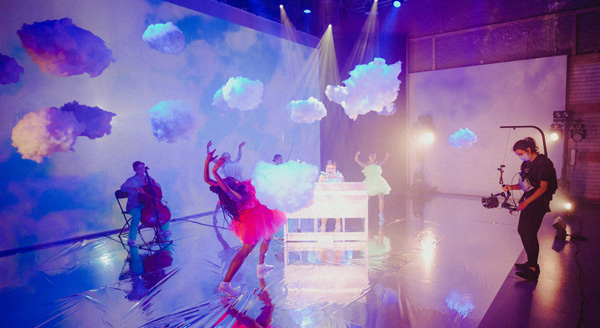 “We had a limited budget but ended up with a very high quality production, and the Pocket cameras were a huge part of that,” said Carrie. “The camera’s small size and high dynamic range was a huge advantage for us. We could get right up to the band and record handheld all over the stage, while not being intrusive. In that way, the camera did not control the situation – we could capture footage without placing a barrier between the shooter and the band.”

One set of shots included following singer Mandy Lee through trees that had been set up to turn parts of the stage into a misty forest.

“In the forest scenes, I wanted to convey the feeling of two people running through a field, as in period films where the camera acts as another character running with the actors. I wanted to give that same immersive feeling to the viewers as Mandy journeyed through a forest, even though we were actually on a soundstage. The small size of the Pocket cameras and high dynamic range allowed me to get the shots I had envisioned,” said Carrie.

Another advantage the Pocket Cinema Cameras gave the production was their high dynamic range. High-contrast concert lighting was used for the performance under the direction of lighting designer Brian Lareau, and the flexibility of the footage let the team make decisions to soften or emphasise lighting choices in post. 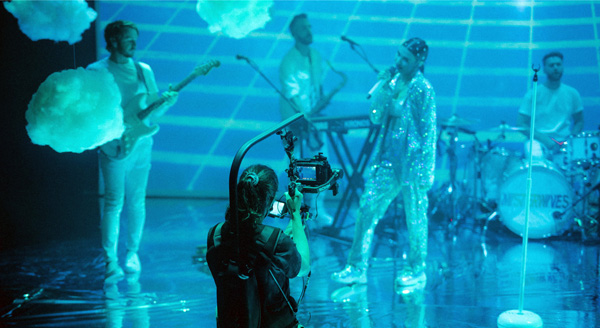 “Having the camera’s filmic look and filmic log profiles were great. The extra dynamic range, resolution and bit-depth, with the Pocket 6K in particular, really helped get me the data I needed to achieve the look we wanted in post,” Carrie said.

Matty has also found new approaches to his own work. “The Pocket cameras and this project have really opened up a new way for me to create,” he said. “Before I was concentrated on stills for live shows, but with Covid I had to look at new ways to work, and using the Pocket cameras I have been able to start a new business creating music videos and live music streams.”  www.blackmagicdesign.com