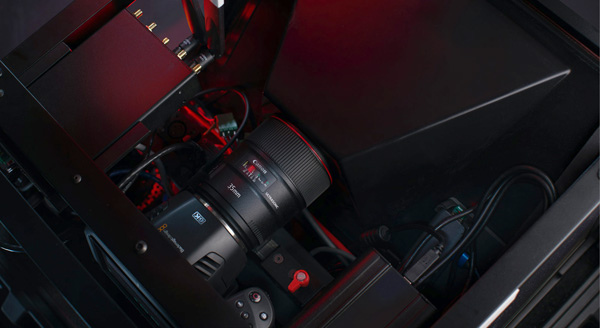 Crew in a Box was developed as a simple to use, remotely controlled production system that allows filming to continue safely and economically during the pandemic. Ira Rosensweig said, “We decided that if full blown productions were put on hold, brands and networks would still need a way to have celebrity spokespeople advertise their products and shows. For talent who aren’t yet comfortable with returning to a traditional set, or media companies not willing to take on the risks of returning to in-person production, Crew in a Box is a safe way to achieve high quality production without a crew attending a set.”

Built as a coherent device based on the Blackmagic Design Pocket Cinema Camera 6K to capture the video, each Crew in a Box comes equipped with the camera, a built-in Interrotron, a 1m-wide three-panel LED light and professional microphones. Interrotron is a specialised type of dual teleprompter that allows direct communications with talent. 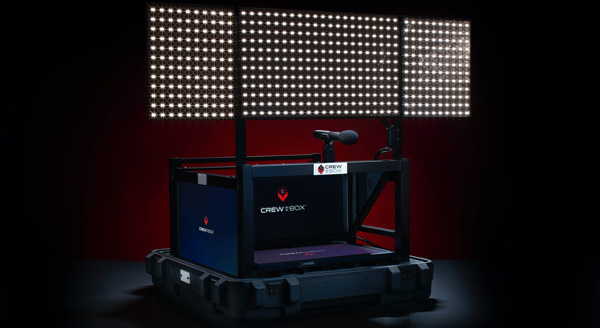 “As filmmakers, production values and image quality are the most important factors to us. We also needed to find a camera that would be small enough fit into an approximately two foot cube that we could also control through our computer. We investigated the entire spectrum of smaller cinema cameras and soon realised that the Blackmagic Pocket Cinema Camera 6K was the best choice," Ira said.

“Actually, we had not used it before but found that its image quality held up alongside much more expensive cameras, with beautiful shallow depth of field and 13 stops of dynamic range. Also, the ability to shoot in 6K meant fewer takes since we could shoot talent in a medium shot and punch in to a closeup as we needed without seeing artefacts.” 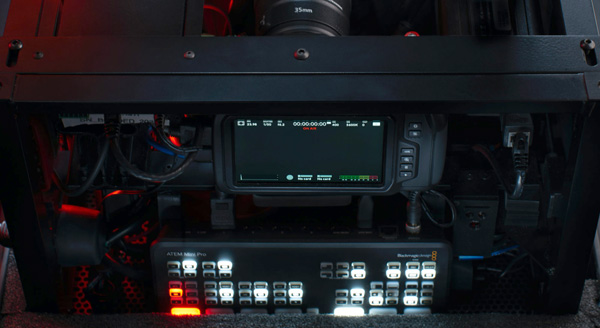 The on-camera talent only needs to open the box and plug in the device, automatically connecting the system via the Internet to a remote team of filmmakers who control all aspects of the shoot. During recording, the project’s director will appear on the integrated beamsplitter glass, which forms part of Interrotron that the camera is shooting through, to direct the talent. Camera control, switching between feeds and graphics insertions are all done remotely using ATEM Mini Pro.

Ira said, “The ATEM Mini Pro allows us to both control the camera remotely, in concert with our custom Crew in a Box software, and set up Zoom to recognise the camera as a webcam. However, we have also developed some features that set Crew in a Box apart, like the ability to dial in a colour grade with DaVinci Resolve Primary Colour Corrector, view and switch between up to four local cameras, process effects with its built in DVE and livestream directly to multiple platforms.”

Agencies, clients and crew join a video conference where they can view a high resolution feed from the camera and participate as if they were on set, creating a unified experience for all people involved. Video from the Pocket Cinema Camera 6K can either be recorded inside the box or used for livestreaming. 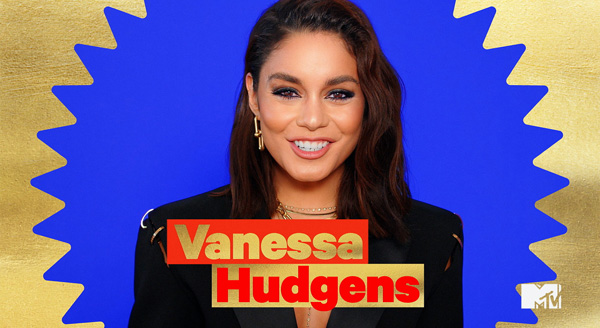 Since its introduction, Crew in a Box has been used on a number of global ad campaigns, streams and broadcasts for customers such as McDonalds, State Farm and Audible, and networks such as NBC, FOX, ABC and FX. As Covid restrictions have changed, the systems have also started being used permanently as regular systems for projects such as direct to camera address for commercials, interviews featuring both into and off camera eyelines, variety and talk shows with remote guests, press junkets and talent in locations without access to crews.

Recently, Crew in a Box was used to shoot a promo campaign featuring actress Vanessa Hudgens as host of the MTV Movie & TV Awards: Greatest of All Time show. Five crew members, including a producer, DP/Crew in a Box operator and teleprompter operator, ran the cameras and technical aspects of the shoot remotely for the creative and producing teams at ViacomCBS, who were also remote, thus eliminating unnecessary risk while keeping talent comfortable.  www.blackmagicdesign.com