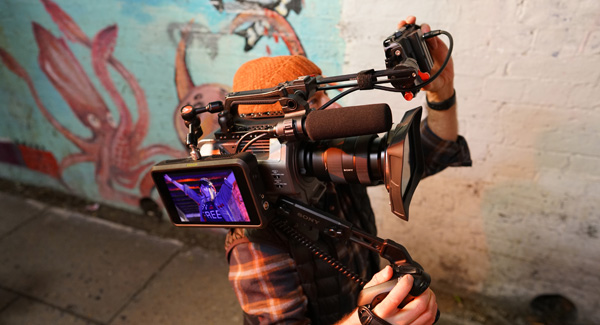 DP Alan Stockdale of Foundlight Productions recorded the song 'St Marie Under Canon', the second pre-released single taken from the band Cornershop’s new album ‘England is a Garden’ that was launched in early March 2020. Alan shot the video for the song with the Sony PXW-FX9, an interchangeable lens camera with an E-mount. 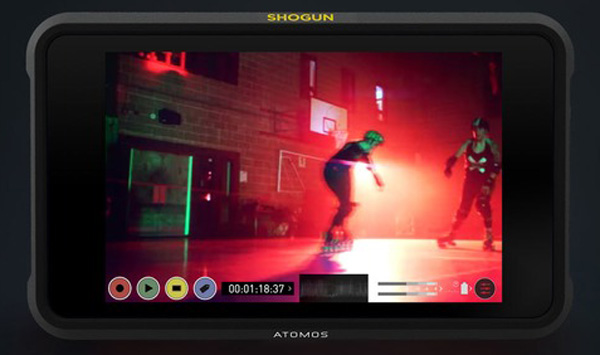 Alan and the director had the challenge of shooting part of the project inside a darkened skate rink with a special coloured lighting kit in a way that visually complemented the vibrant, upbeat feeling of the new single. To capture in the Apple ProRes codec, Alan used an Atomos Shogun 7 for on-set monitoring and external recording.

The quality of the Sony FX9’s imagery was what made it their choice of camera. It has a full-frame, oversampled 6K Exmor R CMOS sensor, able to capture 4K images with cinematic depth of field. Its ability to switch between ISO 800 and ISO 4000 gives it a low-light capability that made the skate rink shots possible, and also look good when cut together with the sunny outdoor shots. 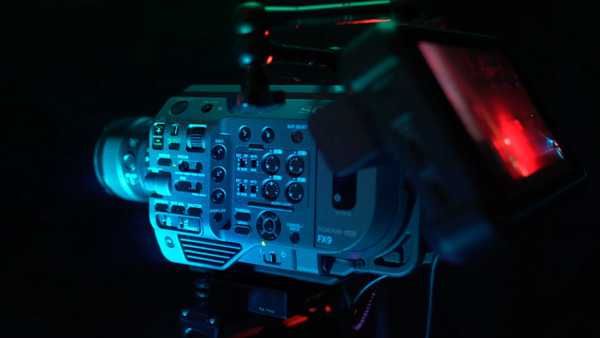 The camera’s new sensor means that its colour response is also new, giving them an ability to reveal detail in shadows, for example. As the director was interested in seeing HDR output as well, monitoring on an Atomos Sumo 19, the wide colour gamut and 15-stop dynamic range were critical. The autofocus with facial recognition gave Alan more flexibility with so many fast-moving group shots.

Attaching the 7-inch Atomos Shogun 7 to handle the external ProRes recording made this shoot more affordable and feasible. The internal media cards in the FX9 are expensive – by using the monitors and ProRes, they could record onto a single low-cost SSD drive. Also important, Alan and Chris had greater scope to monitor, control and fine tune the captured image creatively as they were still shooting, using the Dynamic AtomHDR engine to show millions of shades of colour and variations in brightness across DCI-P3 colour space. 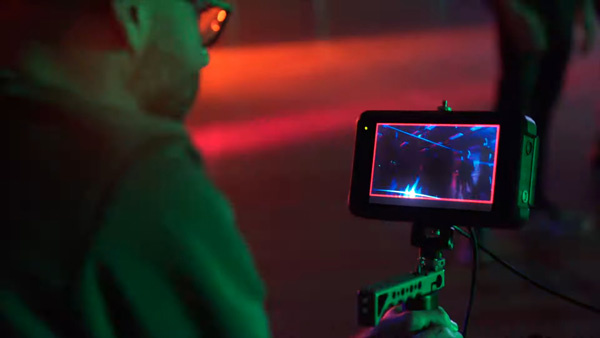 “The Sony FX9 does produce a beautiful image and the Shogun 7 displays it extremely well in HDR or SDR,” said Alan. “Shooting on the FX9, I recorded ProRes files straight onto the Shogun 7’s SSD, and then used a wireless transmitter to send the image to the director on his Sumo monitor. He could load up any creative look-up tables (LUTs) that he wanted to see, as well as viewing live very clearly in full HDR.” See his behind-the-scenes video here.

The crew wanted to keep many details of the image under their own creative control, ahead of supplying it to post-production. To do that, Shogun 7 makes a large number of monitoring tools available on set – 3D LUTs, false colour, focus peaking, waveforms, a vectorscope and others. 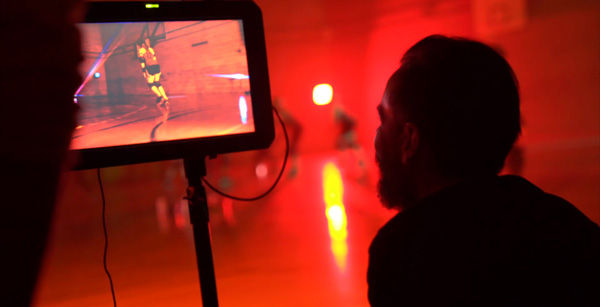 The director monitors the HDR with an LUT on the Atomos Sump 19.

Above all, Shogun 7’s colour accuracy and brightness were an advantage for achieving the final look – the 7-inch display combines dynamic HDR, 1,000,000:1 contrast ratio and a 360-zone backlit display, shown in 1,500 nits of brightness. These specifications allowed Alan and Chris to see more of the captured image in real-time, giving them a reference on-set to tune the vibrancy of the images.  www.atomos.com