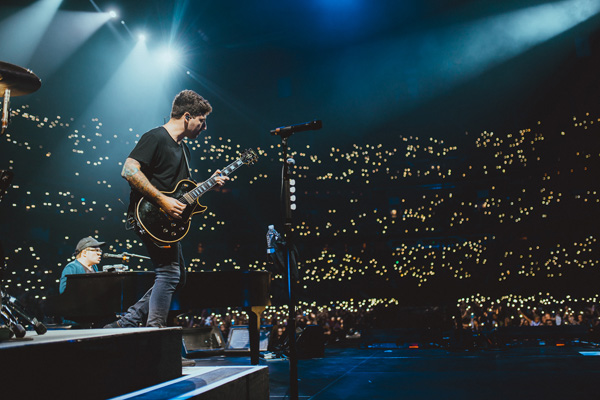 American rock band Fall Out Boy’s worldwide MANIA tour began in 2017 and continued through 2018 to finally wrap the sixth and final leg in October. In the meantime they have also released an album, titled MANIA as well, and continuously upgraded the live production equipment they travelled with, following the guidance of Production Designer Robb Jibson of Chicago production company So Midwest, and Touring Video Director Patrick Eaton from systems provider VER.

Fall Out Boy launched in 2005 with a hit single, and has regularly topped the charts since then with still more hit songs. By the end of this 2018 tour, they were using five URSA Broadcast cameras, a Pocket Cinema Camera 4K, an ATEM Camera Control Panel, five Blackmagic Camera Fibre Converters and five Studio Fibre Converters. 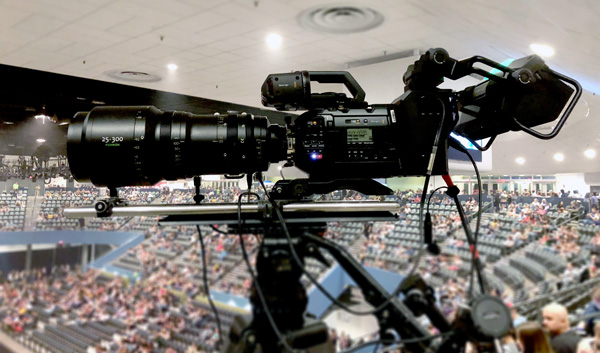 The Pocket Cinema Camera 4K was used front-of-house to capture a wide angle shot of the stage, along with a Blackmagic Video Assist 4K monitor/recorder, which Robb Jibson used to record the show in full so he and the band members could review each one afterwards. The URSA Broadcasts were set up throughout the upper sections of each venue to capture various views of the stage, and the team used URSA Studio Viewfinders and URSA Viewfinders in conjunction with the cameras.

Blackmagic Camera Fibre Converters and Blackmagic Studio Fibre Converters allowed the team to run all necessary connections from the URSA Broadcasts to the engineering racks backstage. They convert standard connections for video, audio, power, talkback and tally into one SMPTE fibre optic cable up to 2km from a studio or OB truck. The converters also add familiar broadcast studio camera controls to the rear of the camera, plus extra connections for existing equipment, with12G-SDI and compatibility with formats up to 2160p60. 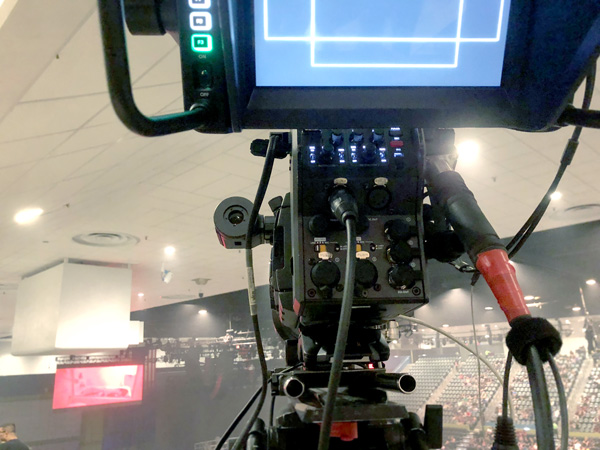 “With their cameras and image sensors, Blackmagic Design has been able to hand a lot of control to live event producers – just in terms of looks,” said Robb. “The Pocket Cinema Camera 4K works especially well in the constantly changing lighting in a concert setting. The URSA Broadcast cameras, on the other hand, allow touring productions to use familiar controls while adapting the company's image sensors into a convenient package that reduces the footprint of traditional ENG cameras by a large margin.

“This flexibility is important for working with venue sightlines from different points of view and ticket sales, which ultimately affect the bottom line. The URSA Broadcasts capture a lot of dynamic range, and the Pocket Cinema Camera 4K and Micro Studio Camera 4Ks are inconspicuous enough to be placed in very advantageous positions, but still produce amazing images. The result is a dynamic, cinematic tour production.” 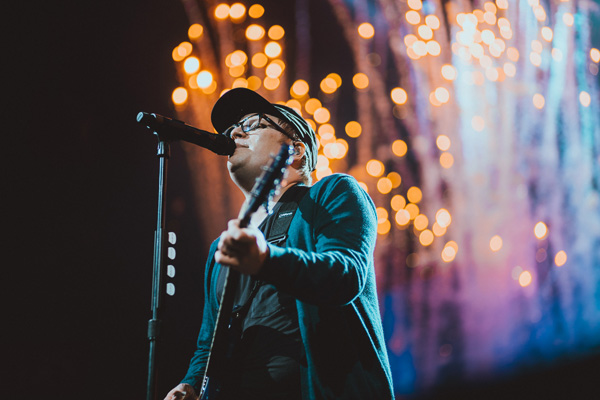 The camera control and I/O connections were also complex, but made simpler through the use of an ATEM switching system and the ATEM Camera Control Panel. As well as the URSA Broadcast and Pocket Cinema cameras, the capture workflow included ten of the Micro Studio Camera 4Ks positioned on the stage and centre walkway for POV shots. All of the cameras were fed into the ATEM system and eventually into two Mac Pros on the engineering racks for content and live generative effects, which were then fed into a Teranex AV to convert the 2160p (4K UHD) feeds to 1080p HD-SDI signals destined for the LED screen processors.

At the same time, the ATEM Camera Control Panel allowed the team to control all five URSA Broadcast cameras and all ten Micro Studio Camera 4Ks from backstage. “The ATEM Camera Control Panel brings engineering familiar controls to the URSA family of cameras to give our touring video engineer Nick West control over the iris and black point while allowing our camera operators to focus on the appropriate framing and composition of the shot,” said Robb. “The unit ties in with the ATEM family and allows all controls in about a quarter of the space.”  www.blackmagicdesign.com 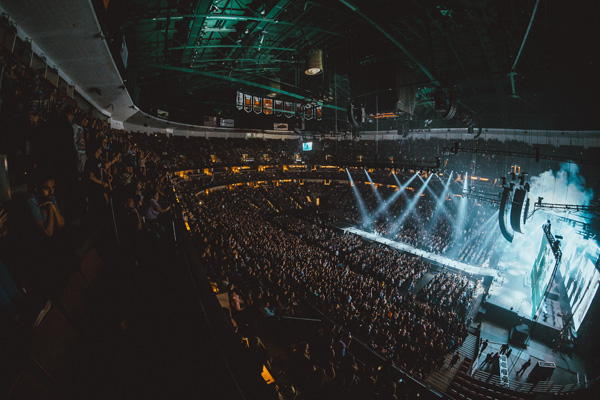