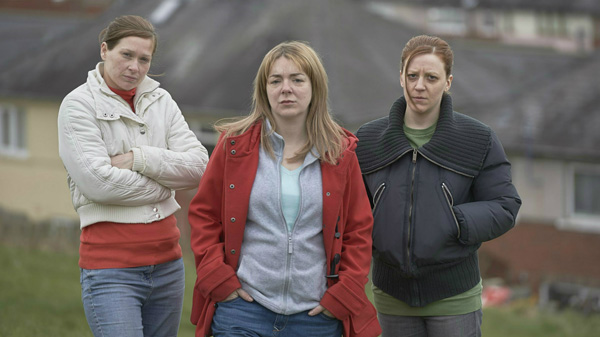 BBC One has aired a two-part dramatised documentary titled 'The Moorside' about the public response to the disappearance of Yorkshire schoolgirl Shannon Matthews, looking at the story from the point of view of the community. Made by ITV Studios, the program concerns a group of women who drew their community together to try to find the missing child. The focus of the drama is on the group’s spirit and determination, and the impact on the women when the truth was revealed that her disappearance was a sham, and that her mother knew where she was throughout their campaign.

The drama was directed by Paul Whittington and shot on the Panasonic VariCam 35. Provision in Leeds supplied two cameras and a minimal lighting package for the shoot to director of photography Stephan Pehrsson, whose previous TV credits include ‘Jonathan Strange and Mr Norrell’, ‘The Fades’ and ‘Dr Who’, and the production team. The first episode was watched by an average of 9.9 million viewers.

Stephan Pehrsson and his team first carried out side-by-side camera tests while considering how they would handle low light shooting, one of the production’s main limiting factors on set, in particular the characteristic sodium street lighting prevalent throughout the Moorside estate where the filming took place. 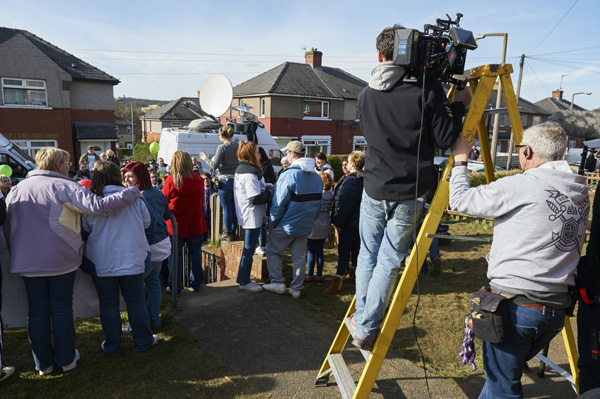 "The sodium colour came out so well on the VariCam," he said. “The other camera we were testing turned the street lighting quite red, but the VariCam was more orange and yellow, exactly how you would expect it to look." The VariCam has two native ISO settings, 800 and 5000, making it possible to achieve very high sensitivity while maintaining a low noise level at 5000 ISO. The noise level at 5000 is nearly identical to that seen at 800 ISO.

The filming also took place in January and February 2016, which meant that natural light was limited. "We tested the 5000 ISO, as well as 1600, but most of the drama was shot at 3200 ISO. Anything you could see with your eyes the camera saw, sometimes more," Stephan said. "Working at 3200 creates a little noise but it is quite limited, and easy to clean up in post."

"We were hoping to be able to shoot without cherry pickers or large lighting rigs. In fact, our main night lamp was an ordinary Velvet LED panel light with a chrome orange gel filter on it and a couple of sodium street lamps to help eliminating the camera and crew shadows we occasionally had problems with. Those sources and the actual streetlamps was all the light we needed using this camera. It was definitely a first for me and I was surprised how well it worked. The Line Producer loved it, of course - the economic saving from having such limited lighting on set allowed us to bring in more extras, which enhanced the show. 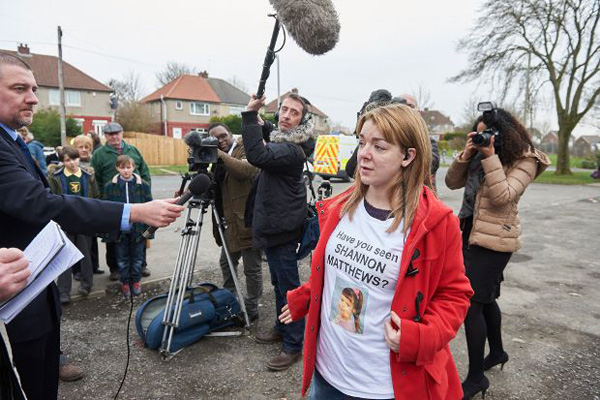 "Actually, there are some pitfalls to working with a camera that is capable of capturing usable footage at such low light levels. For example, we had a scene outside the Moorside Community Centre in which the light from inside the centre was too bright and made the scene look unnatural. We had to use a 1.2 ND filter on the fluorescent tubes, which is double the normal amount I would use, and it still looked bright. So rather than worrying where the light was going to come from, we learned to control the light to ensure there wasn't too much."

The modular design of the VariCam’s common recorder module allows users to interchange camera heads between the 4K VariCam 35 and the HS 2/3 type 3MOS sensors. It also helped the DOP address another production challenge – limited space on set. With an optional 5m or 20m extension cable, the camera head can be detached from the recorder to be used on a crane or jib, or handheld.

"Often we were shooting in very limited spaces. The houses are quite small with 10 sqm rooms and quite small doorways. We used the extension cable to split apart the camera and recording unit. It meant we were able to achieve the handheld, documentary feel we were after without any worries about moving round the houses," Stephan said. "With other cameras it's very likely that we would have wasted takes while accidentally smacking the back-end of the camera against the walls and doorways. But with the compact camera and a grip right behind the operator carrying the recorder end and a battery, we could move around the locations with ease." 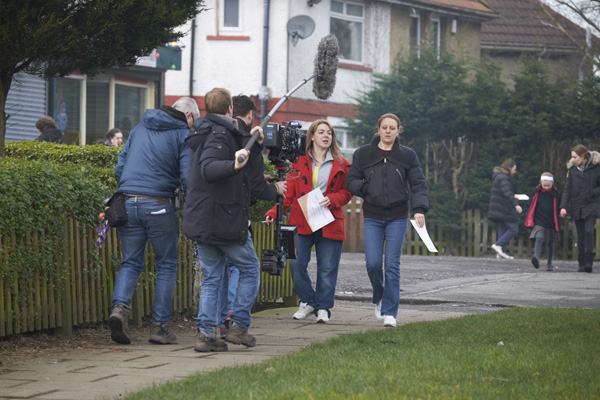 "The subject matter was delicate, and we were looking for something authentic. In the past I've used the ARRI Alexa. The VariCam performed as well as an Alexa during the day, with the bonus that we were able to get great usable footage at night with minimal light," said Stephan.

"Our mission was to be as invisible as possible, to allow that cinéma vérité feel. Because we weren't spending so much time resetting lights, we could spend more time shooting and getting better performances from a brilliant cast. This gave us a chance to shoot each setup seven or eight times because we were able to turn around on the location so quickly. I pity the DIT who had to deal with such a massive amount of material.

"Keeping it small also meant that we were able to keep a much lower profile. In dealing with a sensitive subject, we obviously didn't want to over-do it. We kept such a minimal lighting set-up that Jeff Pope, the Executive Producer, came on set and couldn't find us. Normally you can't miss a drama crew."   business.panasonic.eu