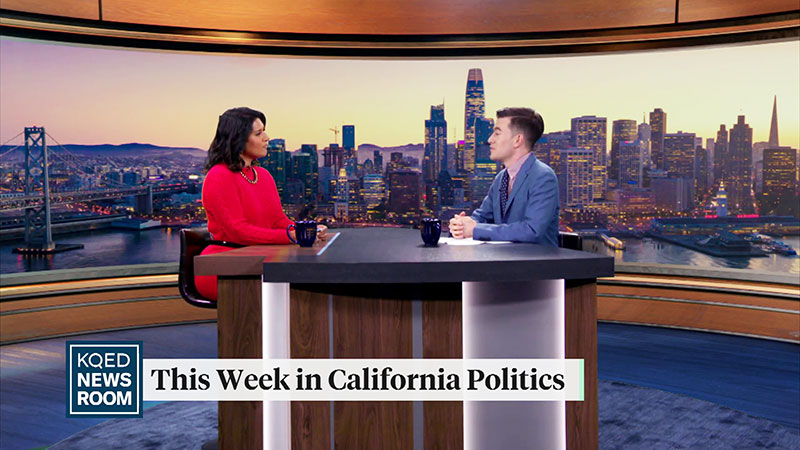 San Francisco PBS and NPR member station KQED is debuting its second generation virtual sets, incorporating them into their regular programming to keep the station’s look up to date. In 2017, their team had worked with LA virtual production design agency, Full Mental Jacket (FMJ), to create a virtual set for the KQED pledge drives, and chose to collaborate with the same team when it was time to update the looks and capabilities of their sets in 2021.

At that point, the KQED headquarters had just undergone a major building renovation.“KQED wanted to use virtual production for more types of programming in its new studios,” FMJ’s Creative Director Ronen Lasry said. “As a result, we’ve completed virtual set designs for the station’s on-air pledge drives and the weekly television news magazine KQED Newsroom, and we are just finishing up work for a third show.”

The new KQED Newsroom set shows some of the advances made in virtual set design over the four years since the team’s first iteration. On the capture side, the virtual set uses Mo-Sys StarTracker for camera tracking and camera robotics from Vinten, while visually, the new ability of Vizrt’s Viz Engine 4 to handle more complex real-time rendering techniques has raised the production standard. 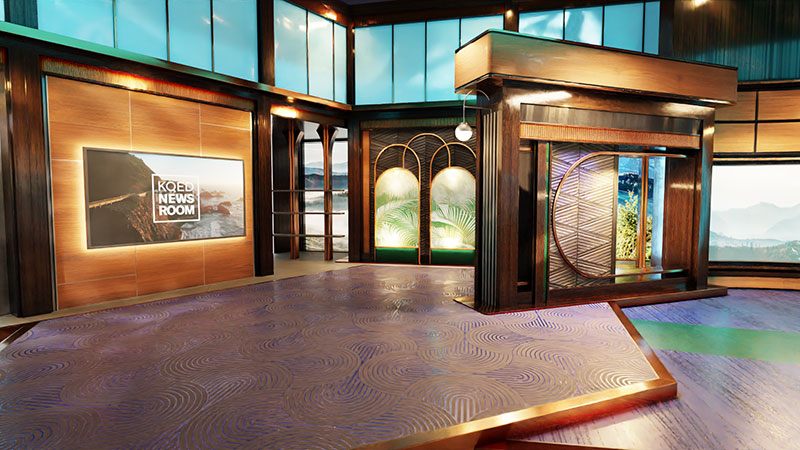 As well as the higher quality looks that come from the render engine upgrade, one of the main improvements is FMJ’s use of the recent Vizrt augmented reality control software Viz Arc and the way Ronen uses it to hand the task of iterating and evolving the sets to the KQED team themselves.

“We no longer need to devote days to setup-and-strike between our various studio productions that use different sets in the same studio,” said Jarrett McPeek, Director of Technical Operations at KQED. “Unlike typical TV news operations that mainly use a single set for daily newscasts, we work with multiple content units – each with its own studio production needs and sets. As well as the much wider creative opportunities of virtual, we looked for greater operational flexibility and efficiency.”

Vizrt’s Viz Arc is software that the team uses to drive AR graphics and virtual sets from a single interface. The level of control that Viz Arc gives KQED means that FMJ’s relationship with the station is more of a partnership, which Ronen prefers. Their collaboration allows him to design and build a virtual set and hand it over to the station along with the tools to drive the set on a day-to-day basis. 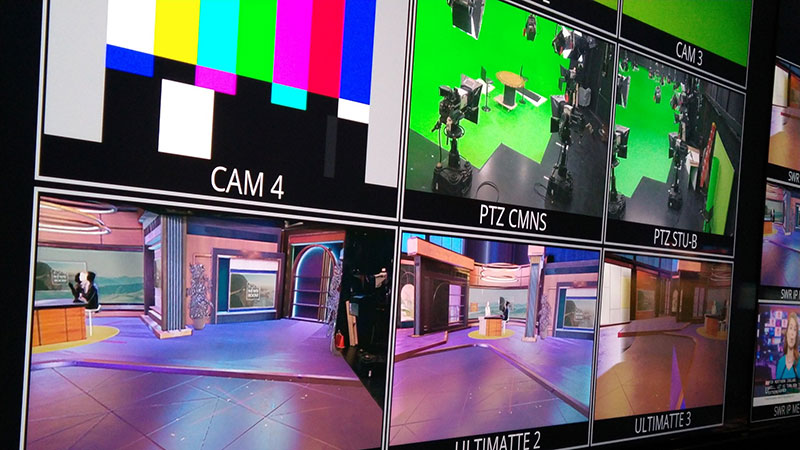 As a result, KQED is now able to develop the capabilities and appearance of a practical, versatile virtual set in-house with relatively little experience, and mainly rely on FMJ to answer questions and lend a higher level expertise when necessary. The broadcast team can perform simple tasks from inside the GUI and see the effects of the changes they are making in real-time.

“Most aspects of the studio remain fluid and live, and KQED has much more freedom in terms of playing with the set and changing various details,” Ronen said. “It's remarkably simple for me to build the controls and teach them how to set up and modify their shots or set positions, which gives the team scope to be more creative. That is the key to making a good show – ensuring the operators always feel they have creative control when using the set and don’t need to depend on me.”

The version 4 updates in Viz Engine are a key part of the FMJ team’s ability to fulfill a design brief that Ronen describes as creating a “very San Francisco Bay Area aesthetic” -- which in this case means dark wood panelling for a less traditional news look.

The physical set pieces inside the KQED studio include a rug and custom-designed news desk – used separately or simultaneously – and a set of chairs that are added for alternative interview options. The virtual set itself features combinations of different wood and metal textures, classic Art Deco structural designs and a variety of location and background elements that can be updated and dynamically enhanced with branded or topical graphics. 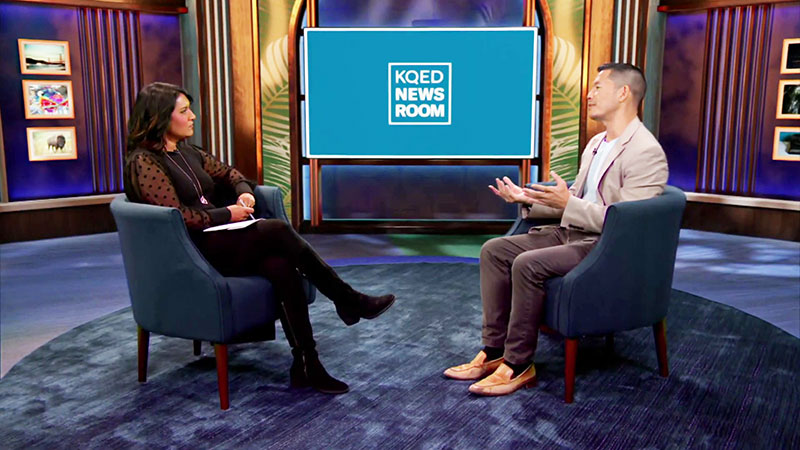 “Those wood textures would definitely have been a challenge in the past,” Ronen commented. “The tools for creating virtual sets have improved – for example, the texture baking is better, as well as the ability to fine-tune the design. The latest shaders from Viz Engine 4 have opened up the design palette significantly.”

Baking to texture approximates complex surface effects as simple 2D bitmaps and then assigns them to objects. With a library of baked texture maps, an artist can render 3D visual effects on objects in real time without recalculating materials, lighting and shadows.

Ronen said he and the KQED team have now completed the first stage of the new set, namely, getting everything on air, working and optimised. During the next stage, KQED and FMJ will truly start to drive their collaboration forward. The teams have plans for more data-driven content and increased use of charts and graphs as well as a fourth camera, text and motion graphics, among other changes. By establishing Viz Arc as a central component of the workflow, KQED has more control and greater opportunity to expand the creative aspects of the sets – leading to a better on-screen experience for the station’s viewers.   www.vizrt.com