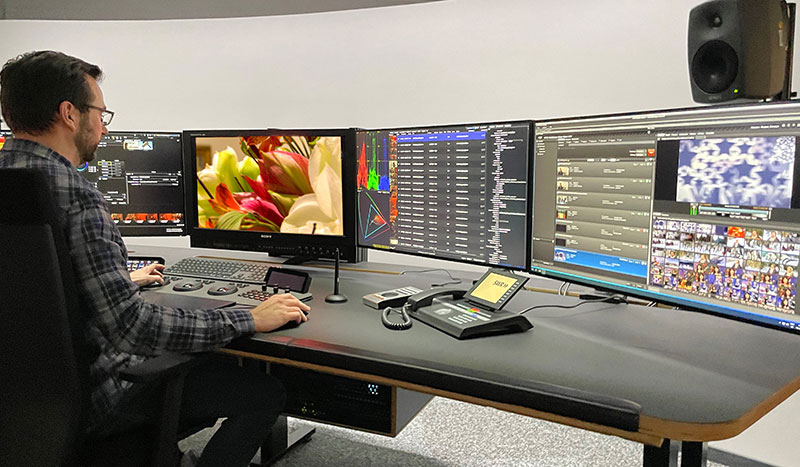 Südwestrundfunk (SWR) has undertaken a roots-to-branches renewal and expansion of its colour grading environment. The core component of the setup is the Baselight grading system from FilmLight, specialists in grading software. The intention was to achieve a high standard in colour correction, as much in terms of tight workflow integration and studio customisation, as in the selection of hardware and software.

SWR’s goal was to technically revamp and refocus the colour correction infrastructure. Their approach involved installing components that would allow their colourists to perform colour correction tasks in a way that felt natural and familiar to them, consistently and reliably. A team of experts from systems integrator Qvest set up five colour correction workstations for SWR at their Baden-Baden broadcasting centre – two grading suites and two assistant workstations, plus a workstation for an administrator.

The new IT architecture for the colour grading studio was built on a 100 Gbit/s network with 720 TB of centralised storage at its core. With 10 GB/s read and 6 GB/s write speeds maintaining the flow, enough memory capacity is kept available, even as network infrastructure requirements become more stringent.

Each of the grading suites has Baselight 2 software and a Blackboard 2 panel, and outputs to Sony BVM-X300 V2 and HX- 310 displays to support precise assessment of colour images. The workstations fit directly into the infrastructure with a 50 Gbit/s network and can handle the data transfer for uncompressed UHD 50p video signals. 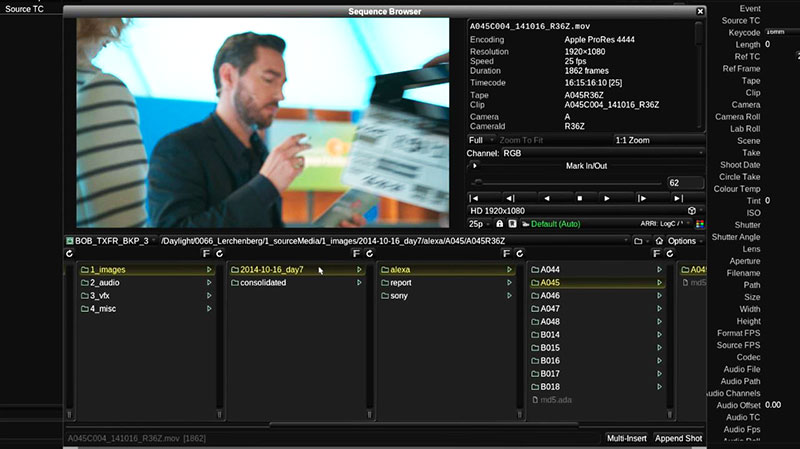 "Collaborating on the project with experts from Qvest and FilmLight helped us achieve our top priority when renewing our colour correction – implementing the best possible infrastructure that will also help us take advantage of modern innovations and workflows into the future. Our colourists can now implement colour grading at a level that is more accurate and has greater scope for producing an impressive colour experience on screen," said Marc Weckenmann, responsible SWR project manager.

Baselight itself is an unusual kind of colour grading system that is a good match for SWR’s goal. Instead of using a video signal or film stock as a foundation, FilmLight uses algorithms modelled on human perception. The dynamic range of the system’s Base Grade operator is not limited to Rec.709 or Cineon coding, for example – FilmLight’s development makes it ready for HDR imaging.

Base Grade works the same way in every working colour space, for all cameras. That calls for precise colour setup in the scene settings and correct tagging of footage, but this work is mostly automated. Base Grade converts the image into a linear colour space and the original brightness ratios are restored.

Internally, Base Grade uses a laboratory colour model – a pure luminance component L and two colour components. The developers distorted the colour plane spanned by those two components to achieve a specific colour grade. The process gives colour and saturation changes the same visual effect in all colour regions and makes the work feel more intuitive. 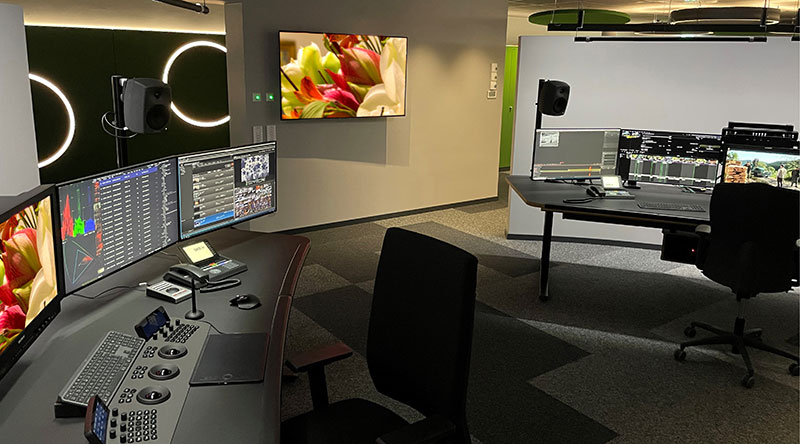 All exposure values and pivot points are specified in aperture stops, which also imitate human perception and are understood by photographers and DPs. The colourist can then give instantly meaningful feedback to the DP.

As well as the two colour grading suites, the high performance assistants´ workstations are equipped with Filmlight’s Daylight, dailies software for shot management and high-performance transcoding. DoPs and directors can use it as a grading decision tool to help establish looks and visualise shot material on set or on location, and to meet deliverables requirements—in one application. They can also access the Base Grade operator tools.

A Guntermann & Drunck KVM system optimises all resources and, because all workstations are controllable and operable from the ones in the colour grading studio, supplies technical support as required. The workstations can also be used for colour correction of DPX sequences at 2160p50 (UHD 50p) resolution.  www.qvest.com