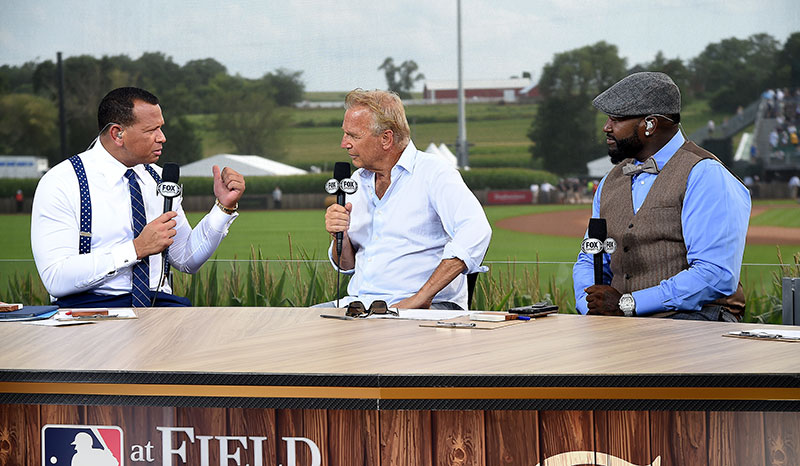 During the 2021 baseball season, FOX Sports combined live coverage of an MLB (Major League Baseball) game between the Yankees and the White Sox with pre-produced and live elements inspired by the movie ‘Field of Dreams’. The game was held in a custom-built stadium near the original film set in Dyersville, Indiana, and shot using a combination of broadcast and cinema cameras, with footage delivered in a range of formats for distribution requirements.

However, it was important to FOX Sports to create a cohesive look with a cinematic feel for the production. “Creating shallow depth of field looks requires specialised equipment, such as cinematic cameras with large sensors and prime lenses to capture the colour, warmth and feel of the movie ‘Field of Dreams’,” said Brad Cheney, VP of Field Operations and Engineering at FOX Sports. “By using the AJA FS-HDR conversion system on the footage, we were able to create that curve that strikes the right balance between broadcast and cinematic, and an ability to move smoothly between them. Having a robust colour correction toolset built into our converter was critical, considering we used 1080p and 4K SDR camera set-ups.”

The team used 60 units of the AJA FS-HDR for signal conversion, frame synchronisation and colour correction on location. Preparations for the production had begun more than a year in advance, with the team using the MLB all-star game as a testing ground. During this time, FOX’s post-season baseball group, video team, replay group, lead technical director, technology group, ENG crew and drone professionals worked alongside equipment vendors to explore their options. They eventually decided on 1080p HDR, HLG wide colour gamut BT.2020 as the single master production format. At the same time, they wanted to remain flexible for distribution partners requiring other delivery formats. 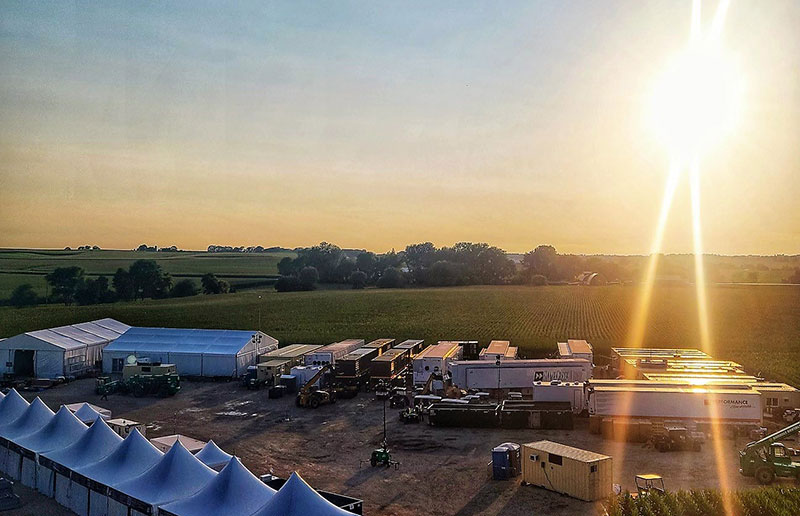 The team pulled together a collection of diverse cameras to use across the production, comprising familiar, reliable broadcast cameras as well as 12 cinema cameras. The lineup included a Sony VENICE with PL mount lenses, plus Sony F55, 4300, 5500 and P50 cameras, and a group of RED cameras including the KOMODO. Within the fleet were 1080p-capable POV cameras placed around the infield, as well as drone cameras.

Therefore, incorporating different camera formats into one cohesive look required a range of conversion capabilities. Throughout the production, all cinema camera feeds were run through the FS-HDRs to support this requirement. “Starting with the highest image quality possible will always result in the best final product, and even though much of the audience tuned into the feed in SDR, we wanted to do as much as we could in HDR to elevate the viewing experience. AJA FS-HDRs helped make that possible,” Brad said. “They allowed us to create that cinematic look we were going for with full range colour correction.”

Overall, the process required many hours of R&D while the team tested out different equipment settings and compared the options. Regarding frame rate, in some situations 24p was a perfect fit, but wasn’t right in others, in which case the team opted for 29.97p for several of the cameras. Then, FOX also had to account for other subtleties in the look, based on the equipment. 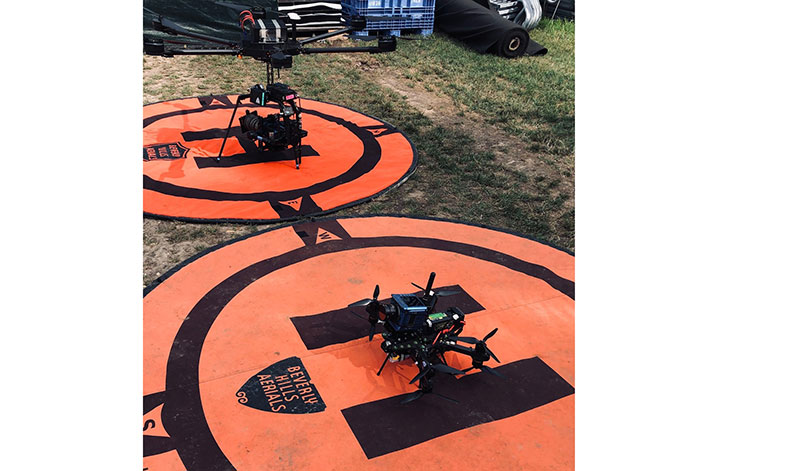 “Ultimately, our approach ensured we had the right conversion and settings in all the right places -- and certainly gave us an appreciation of recent technological developments. We were amazed to find that you can have an RF transmitter that can handle 24, 25, 29, 50, 60 and 59.94, and then find conversion gear like the FS-HDR that can also do so many things at once,” said Brad. “With the FS-HDR, we can better control what the picture will look like, because we can quickly move between looks, line them up and use the A/B display to fully understand what we were seeing.”

In the end, this ability to visualise was key, because the timeline was tight with only a set length of time to make choices in a live environment. Many choices were based on research leading up to the production that showed them the desired result and, once the real-world lighting conditions were evident, they knew what was needed to achieve it.

The next test phase came once the team arrived in Iowa the week of the event. There, they determined the final approach to blend the look they’d established for the all-star game with that of the original set and film as well as real-time environmental conditions like natural lighting. They presented various options to production, and then made final equipment modifications and refined the workflow until they achieved their desired look. 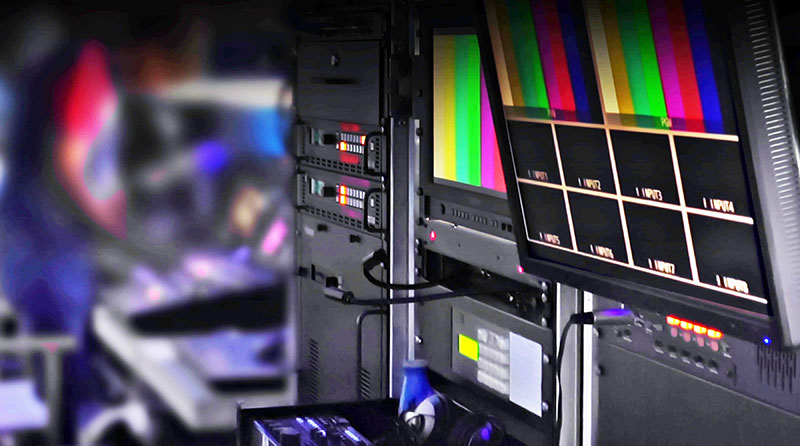 Brad said, “Showing live action and replays with the same beautiful post-produced look that you’d expect from cinematic highlights in a live production setup was one of those ideal television moments. It made the game feel bigger than life for all of us working on the project, as well as the viewers.”

Having executed the project to enthusiastic fan reviews, Brad and his team are confident they now have a working roadmap in place to deliver similar quality broadcasts in the future. He said, “We now know how to execute something like this quickly. Moving forward, we can produce this eye-catching depth of field and colour to audiences in live broadcasts -- where it makes sense. From an industry standpoint, we’re on the brink of being able to control the looks we want in sports with high frame rate cameras and with a cinematic look.

“Such results just weren’t achievable even five or ten years ago. We’ve now reached a point where this technique can be applied to other productions on at any time, instead of exclusively for select matches. That will be a game changer for the live production world moving forward.” www.aja.com