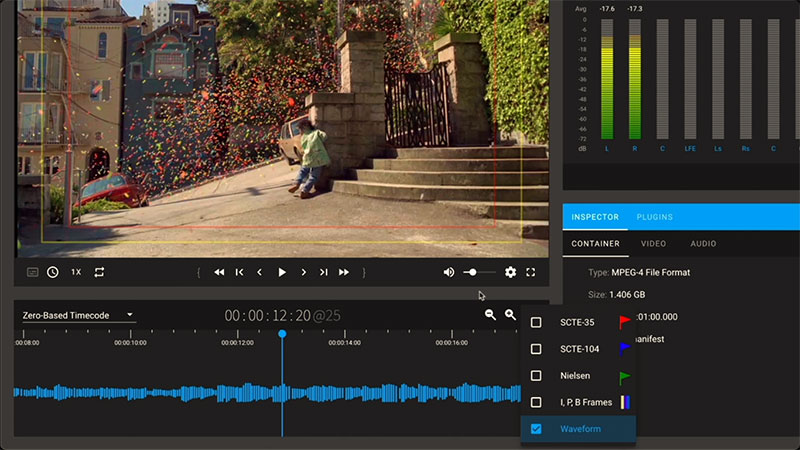 The new version of GLIM, Telestream’s remote media player, has an updated UI and timeline features, comes in a new turnkey option and includes a technology preview of a new luma waveform display.

The GLIM player is built for broadcast engineering, operations and post production teams who need to visually QC files when they are remote from the media. GLIM plays master video files of any size and format directly to a browser, at any moment, without needing to generate a proxy.

Traditionally, users who wanted to QC media remotely would have to download large media files, potentially taking hours to view. Downloading a smaller proxy file would take less time, but carried a risk that the resulting media might not maintain perfect frame sync with the inspection tools. Instead, GLIM runs as a server application, near to the content and encodes content dynamically, on demand, whenever remote users press ‘Play’. Playback quality automatically adjusts to the available bandwidth. 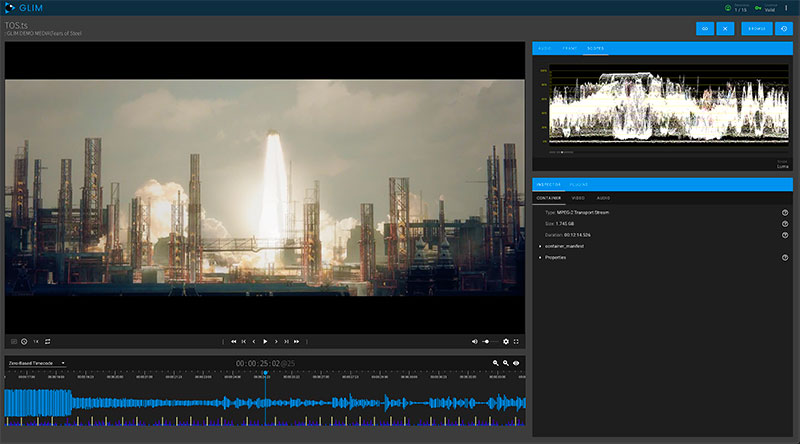 The new release of GLIM has various keyboard shortcuts and a new UI that places the video front and centre to the user. Audio VU meters and a ‘zoomable’ mini timeline are then placed around the content. The timeline includes selectable overlays for GOP, SCTE 35 and 104 markers for delimiting ads in dynamic ad insertion scenarios, and Nielsen watermarking.

When running GLIM on a commercial off-the-shelf (COTS) server, it supports up to five simultaneous playback sessions. A new, turnkey GLIM appliance is now available as another hardware option, which runs up to 15 concurrent sessions using GPU acceleration. When using GLIM as a cloud-based tool, it can run five sessions in an AWS EC2 environment or up to 15 simultaneous sessions when using GPU-accelerated instances of EC2.

Because GLIM is built on the Telestream Media Framework, the same framework that is the foundation of the Vantage Media Processing platform, it is a comprehensive multi-format media player with very wide support for diverse formats and containers.   www.telestream.net