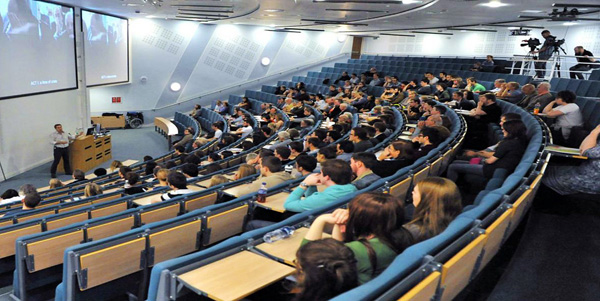 Brad Price, Senior Product Manager at Audinate, talked to Digital Media World about the value of isolating devices and creating subnets within audio-over-IP networks. He described various reasons for using it as a network management technique, ranging from efficiency, latency control, and signal management to security, and how it can be done using Audinate Dante Domain Manager network management software.

“By definition, a routed network is one that consists of different subnets (LANs) connected together via a router,” Brad said. “The router allows some control of access between subnets, but most importantly it blocks broadcast and multicast traffic from passing between them.”

Broadcast and multicast traffic are both types of one-to-many network messages. AoIP systems employ multicast to distribute clock signals – which are used to coordinate the actions of all devices on a subnet – as well as for automatic device discovery and efficient transmission of identical simultaneous audio channels to multiple devices. Subnets can therefore serve to create multiple, non-interfering audio networks on a single physical platform, as these multicast signals are isolated between LANs. 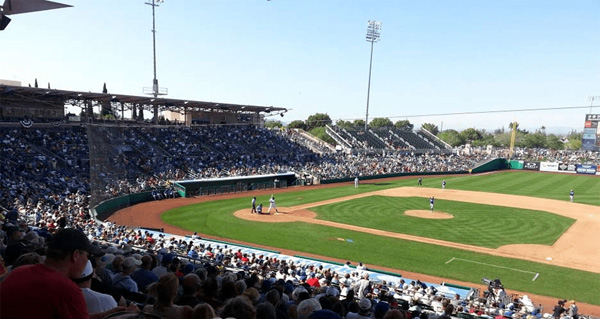 Some teams use multiple subnets as a means of isolating responsibilities, while others employ subnets to identify separate physical areas of an installation. It should also be noted that all LANs have a practical upper limit of a few hundred devices. If a system requires more than that, then subnets are advisable.

Brad also mentioned the options that creating subnets give broadcasters. There are various ways to isolate devices from the rest of an audio-over-IP network, depending on what you want to achieve. “To control user access, for example, you can use features available in Audinate Dante Domain Manager. Its tools allow expansion of Dante systems seamlessly over any network infrastructure, and can also be used to manage signals across subnets,” he said.

“If you are isolating due to concerns over network traffic, a virtual LAN setup is likely the best option, although for audio, the traffic is typically not substantial, and this is often unnecessary. Subnets can always be removed later, as well. The joy of moving to the network for AV signals is that the infrastructure is incredibly flexible. It isn’t set in stone.” 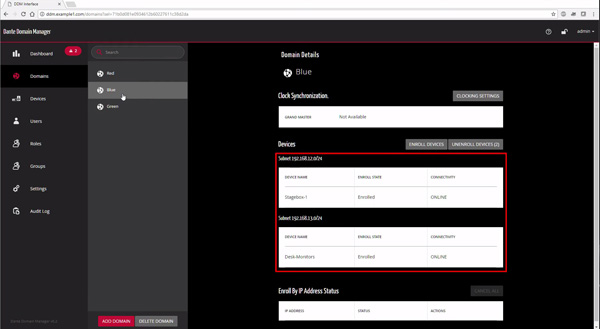 However, the most common reason for a subnet is to split an extensive network for traffic control. “If you have 1,500 devices on one network, that truly creates a lot of network chatter,” said Brad. “Subnets allow you to split up these devices, and ensures that the multicast clocking system works optimally. It also becomes far more manageable.

“For Dante networks, the answer is again Dante Domain Manager, allowing direct crossing of subnets in your audio-over-IP network. The software also supports security functionality such as user authentication, role-based security and audit capabilities for Dante audio-over-IP networks – features that protect you from accidental changes by otherwise well-meaning users.”

When you are using Dante on a network travelling over a long distance, Dante Domain Manager allows you to coordinate longer latency times should they be needed and, according to Brad, sometimes they are! “For example, fibre networks can easily connect Dante networks over a span of several kilometres,” he said. “You can go farther in distance with private fibre. If you have the right amount of bandwidth on a connection that isn’t accessible by the public, then connecting across hundreds of kilometres becomes possible.”

While security and management are key considerations when designing and building networks, so are interoperability and even a level of IT skill. “Regarding interoperability, you need to make sure all your audio-over-IP devices are speaking the same protocol. The best way to do this is to base your system on a widely adopted audio-over-IP platform used by many different manufacturers, thereby ensuring you can always upgrade or expand your network fairly easily,” Brad said.

“Also, to make sure Dante would be as interoperable as possible into the future, Dante Domain Manager was developed to support the management of SMPTE devices and clocks. Dante devices can be configured to send audio back and forth to SMPTE 2110 devices, and AES67 is supported as well. We want to make sure Dante exists collaboratively on networks where these signals are located.

“Finally, in order to acquire the IT skills required for working on networks with Dante, Audinate makes the Dante Certification Program available for free, at three different skill levels. These are tailored courses that quickly prepare people to set up and manage a Dante system.”  www.audinate.com