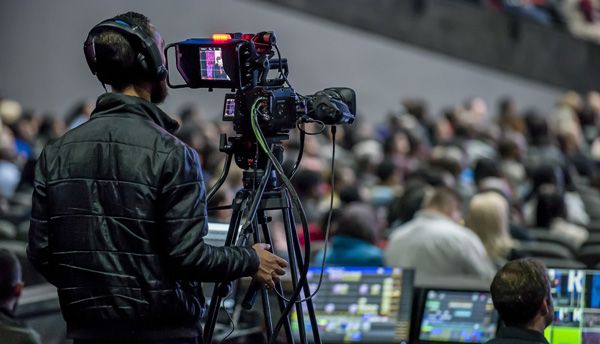 South Africa’s Christian Revival Church (CRC) encompasses more than 90 congregations throughout South Africa, and more than 15 others around the world including London, Amsterdam and Perth. CRC was established in 1994 by senior pastors At Boshoff and his wife Nyretta Boshoff in Bloemfontein. CRC links multiple venues during services, relying on its video infrastructure to connect with the wider world in real time and reach beyond its physical boundaries.

At its new auditorium in Johannesburg, which holds over 5,500 people, the church required a dual purpose system. “The system not only needed to be able to broadcast a live stream but also handle our in-house audiovisual activities,” said Francois Griesel, the chief broadcast engineer for CRC. 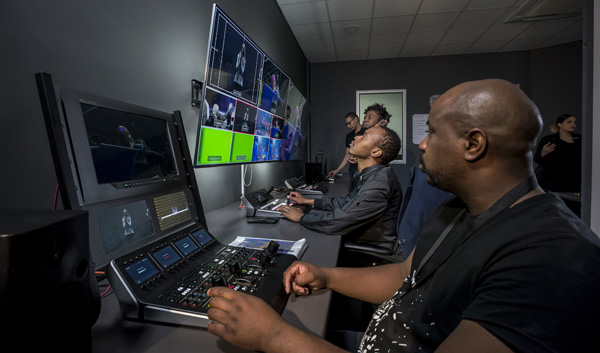 The venue operates on a workflow based on three Blackmagic URSA Broadcast cameras for acquisition and an ATEM 4 M/E Broadcast Studio 4K switcher for vision mixing. “We initially rented the equipment and tested it at a live event in Pretoria (South Africa),” Francois said. “The production capabilities and quality more than met our expectations, and the affordable price of the gear convinced us that a Blackmagic Design system would be the best option to invest in.”

The production team is made up of two full-time staff members and about 12 to 14 volunteers. “Relying so much on volunteers means that while the system needs to have professional capabilities and output, it must be simple enough for less experienced operators to come to grips with,” said Francois. “We have installed two ATEM 1 M/E hardware panels to create separate program mixes – one for the internal AV including IMAG projection and a second for streaming the services to other CRC campuses.” 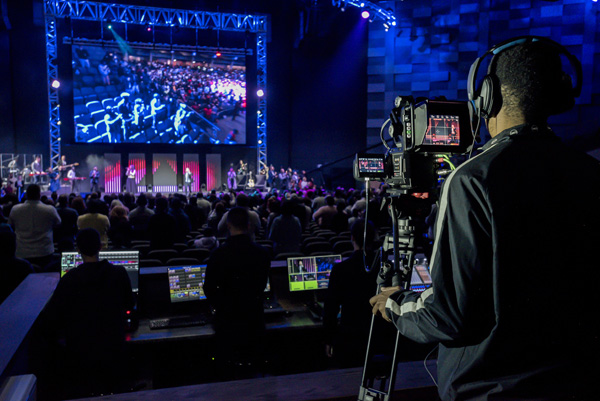 In this way, CRC has enough flexibility to produce a program that suits viewers in all of its loctions. To keep the production under control, the Blackmagic SmartScope Duo 4K waveform is used to help colour match the incoming camera signals using the ATEM Camera Control Panel, which has independent remote controls for up to four URSA Broadcast cameras. A HyperDeck Studio Pro records the master transmission, while three HyperDeck Minis support ISO recording, keeping each camera feed separate.

“Using the Blackmagic SDK, we were also able to develop a custom graphics overlay and playout system, based on two workstation grade PCs equipped with DeckLink Duo capture and playback cards. This allows us to overlay graphics such as hymn lyrics and messages for the congregation as part of the program mix,” Francois said.

For the live streams, CRC uses Teradek encoders and decoders in tandem with the Blackmagic Teranex Mini Audio to SDI and SDI to Audio converters for the embedding and de-embedding the audio component.

“With such huge auditorium spaces, the immersive nature of video makes each person feel part of the CRC community, and the live streaming augments this even further to bring congregations together across continents,” Francois remarked. “Owing to the success of this new installation, we have now also upgraded the production capabilities at our main campus, CRC Pretoria, with Blackmagic URSA Broadcast and ATEM switching.”  www.blackmagicdesign.com