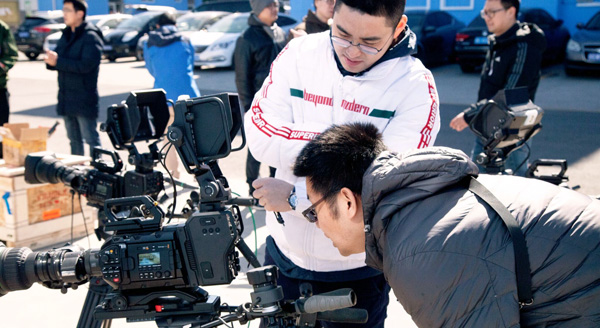 China’s broadcast industry has been proactively building integrated media infrastructures, responding to China Media Group and Guangdong TV’s launch of China’s first two 4K channels, and also to the trend toward media convergence. Voice, data and video can now share resources and interact; telecommunications systems and network architecture can be used to migrate multiple services into a single network.

To prepare themselves for the future challenges of 4K and integrated media live production, Anhui TV in China decided to build their first 4K integrated media OB van capable of supporting new media systems and traditional broadcasting at the same time, including satellite, cable, terrestrial and digital radio. They based the van's design on a modern 12G-SDI 4K workflow.

From the Ground Up

Their OB van includes four URSA Broadcast cameras for use on site. The SDI video output from each camera is embedded with audio, tally and talkback and converted to optical fibre by a Blackmagic Design Camera Fibre Converter fitted to the back. Signals are then sent along a single SMPTE fibre cable to a Studio Fibre Converter on board the van, which converts it back to two SDI feeds, one of which goes to the central ATEM 4 M/E Broadcast Studio 4K and the other going to a Teranex Mini Distribution.

The Teranex Mini Distribution converts a single SDI video input to up to eight SDI outputs and has updated multiple-rate 12G-SDI connections with SDI re-clocking that allows the converter to automatically switch between all SD, HD and Ultra HD formats up to 2160p60. It is useful as a way to distribute a single SDI signal to several devices such as monitors, switchers and encoders. In Anhui TV’s case, it splits the signal to five SDI inputs going to an ATEM Television Studio Pro 4K serving as the backup switcher, a Smart Videohub 12G 40x40 router, SmartScopes 4K and a connection panel. 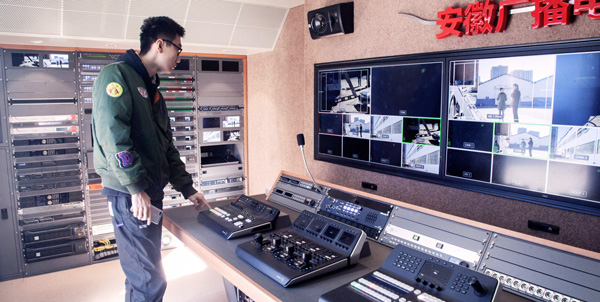 For incoming feeds that are different from the project format, six Teranex AV standards converters are installed to convert the feeds before sending them to the router. Further Teranex AVs are used to convert programs from switchers to standard transmitters when needed.

Also integrated into the OB van are Blackmagic Multiview 4, Multiview 16 and SmartScopes 4K and SmartView 4K for video monitoring. Programs are recorded onto a HyperDeck Studio 12G recorder and a Blackmagic Audio monitor 12G is used for audio monitoring. A DaVinci Resolve system is also available for quick post production work, if necessary.

”This OB van will mainly be used for live broadcasts of breaking news, which makes reliability and efficiency the priorities,” said Luo Xiaobin, deputy section chief of transmission section of master control of Anhui TV, who was in charge of designing and building the OB van system.

Explaining why they decided on a 12G-SDI workflow for the OB van, he said, “The SDI workflow is what the broadcast industry has been familiar with for years, and the 12G-SDI 4K Blackmagic Design set-up would work well for us because the production processes and transmission are essentially the same as those we have used to handle HD in the past. It would also be efficient, which is critical in a fast-paced live environment, allowing us to get to know the new products quickly, get the system ready for productions quickly and solve any problems quickly.” 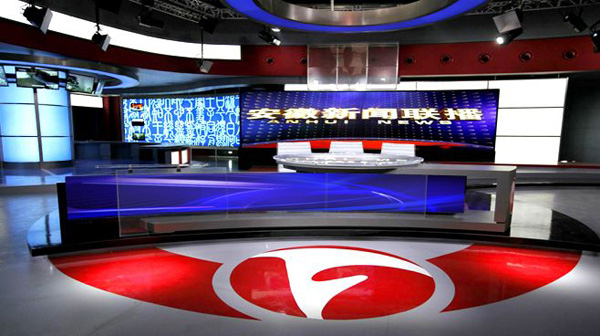 Regarding Blackmagic Design itself, he also noted, “Blackmagic was one of the first 12G-SDI product makers. In 2016 we saw the OB van the company used to demonstrate their 12G-SDI workflow on their booth at BIRTV [Beijing International Radio, TV & Film Exhibition]. Its total cost was much lower than competing manufacturers as well, which was impressive.”

In 2017, Anhui TV installed an ATEM Television Studio HD in their satellite uplink vehicle to add extra production functions. It has been reliable over the past two years. They have also seen Blackmagic Design products used in several of China’s provincial level broadcasters’ facilities. For example, the video router that runs Chongqing TV’s master control and takes care of all the video routing and distribution, is a Blackmagic Universal Videohub.

Redundacy Strategy on a Budget

Luo noted that, in a large broadcast system, no product is 100% reliable regardless of its cost – the inclusion of backup components for redundancy is essential. “Blackmagic products are priced much lower than most others, allowing companies like ours – on a limited budget – to add more backup components to the system. Even when a key component fails, the live production won’t be affected.

"For example, you’ll notice that our main switcher is the ATEM 4 M/E Broadcast Studio 4K, and we have an ATEM Television Studio Pro 4K as the backup switcher. Even when the two switchers have failed, we will still have the Smart Videohub 12G 40x40 router to make sure the production goes on without interruption. The three components are backups for each other, enhancing the reliability.” 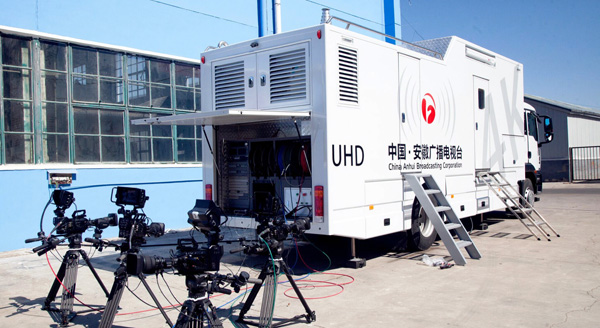 The versatility of Blackmagic devices was helpful for the OB van system design. Luo said, “Almost every Blackmagic product is like an all in one product. Continuing with the ATEM switcher as an example – each of its inputs includes a frame synchroniser and the switcher itself supports audio embedding and de-embedding.

“The switcher even has a built in audio mixer. This extra functionality allowed us to simplify the system, meaning the number of points of failure was reduced and the reliability of the system was enhanced even further. Most of our work is devoted to breaking news. In that environment, the simpler the equipment, the more efficient the crew and the smaller the chance of making mistakes.”

Following the experience of designing the 4K OB van with Blackmagic Design’s 12G-SDI workflow, Anhui TV has developed expertise in building integrated media production infrastructures. “In the broadcast industry, people are the most important factor that drives the industry forward,” said Luo.

"Only if people are curious and hungry for new products and technologies will they proactively try something new. After building this OB van, I now feel it’s worth investigating Blackmagic products more deeply. That will allow us to be more innovative and find simpler ways to achieve future design goals.” www.blackmagicdesign.com