UFC Comes of Age with Performance Analysis from ChyronHego 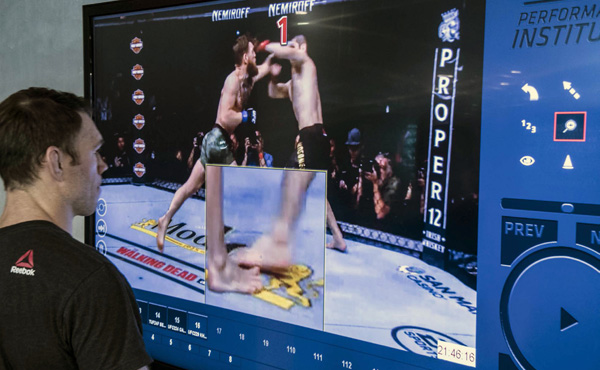 In spite of its high profile and wide international recognition, the sport of mixed martial arts (MMA) and its lead organisation UFC (Ultimate Fighting Championship) are only 25 years old. Not surprisingly, a great deal has changed in those first 25 years, including the training of UFC athletes.

UFC’s Dr. Duncan French, Vice President, Performance, leads the training program at UFC’s $14 million Performance Institute headquarters in Las Vegas. Dr. French’s main goal is health, wellness and performance and helping athletes fight with less injury and proper technique. A part of meeting that objective is ChyronHego Paint sports telestration and analysis tool, which was launched in September 2017. While typically regarded as a live production tool for broadcast, Paint is now also used in sports training for the same reasons broadcasters use it - immediate coach/athlete engagement and descriptive analysis.

“We  planned the UFC-Performance Institute as a modern, up to date performance training centre,” said Dr. French. “Performance and video analysis systems are commonplace, especially in invasion sports like basketball, football and soccer. We wanted to establish that level of sophistication in UFC's Institute.”

Unlike invasion sports, MMA is a one-on-one, very fast action and complex sport, where the combatants come together very quickly, making their movements hard to track. Using Paint makes engagement between athletes and coaches much more timely, without significantly interrupting training.

“We have three cameras aimed at the octagon, the UFC’s fighting arena, and a large flat screen that the athletes can see without having to come out of the fight,” said Dr French. “That gives them and their coaches the ability to quickly review movement and put that knowledge to immediate use.”

The decision to integrate performance analysis into the UFC Performance Institute was straightforward. First, they wanted to compete with the high performance equipment of other sports, and have the right tools in the facility to deliver the training services as they saw fit. “Second, other athletes spend hours and hours studying video - coach and opponent analysis is an established part  of other sports' culture," said Dr French. 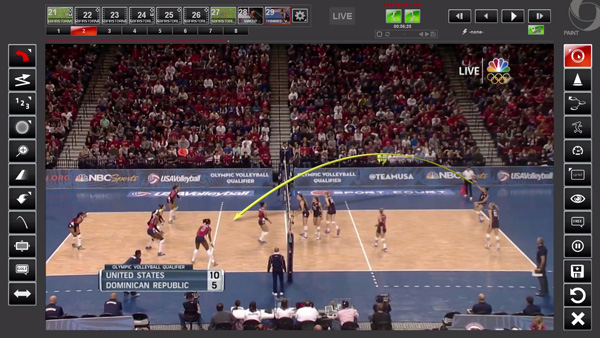 “In contrast, professional MMA is only 25 years old and still inexperienced in the use of performance analytics. We wanted to bring those capabilities into the Performance Institute to help coaches and athletes develop their own ways of evaluating themselves and their opponents.” A number of products are available on the market, but three of Paint's tools in particular made it his top option.

“Paint is very simple to use,” he said. “The user interface is very straightforward - and that is of great value for us because we have coaches and athletes coming to us from all over the world. Getting them up to speed on a difficult to use platform would take too much work in itself and create a huge barrier. Paint is almost plug-and-play. After a quick five minute overview on system basics, they’re up and running, ready to evaluate performance, even though the system is capable of very detailed analytics.”

A second advantage that Dr. French sees in Paint is that users do not have to spend time downloading footage. “It’s super efficient and produces immediate feedback. We pull live video and can stop the action in the octagon and immediately evaluate and integrate what we see. It’s used in the action of coaching, going back-and-forth from training to evaluating, without athletes ever having to leave the octagon.”

The third factor that Dr French appreciates is familiar broadcast telestration tools. “We have tools to look at and track parts of the body or movement patterns, and these are invaluable,” he said.

When coaches and athletes first arrive at the UFC Performance Institute and walk into the combat training space, the Paint system is the first thing they see. “Their first response is intrigue,” said Dr. French. “Earlier on, 'video analysis' in MMA would often consist of a coach holding a smartphone camera over the octagon. When we explain how to use Paint, they immediately recognise the value. Once they see how easy Paint is to use, what it brings to technique analysis and how to integrate historical opponent footage, the wheels suddenly start to spin as they understand how Paint can help their technique and technical strategies.” 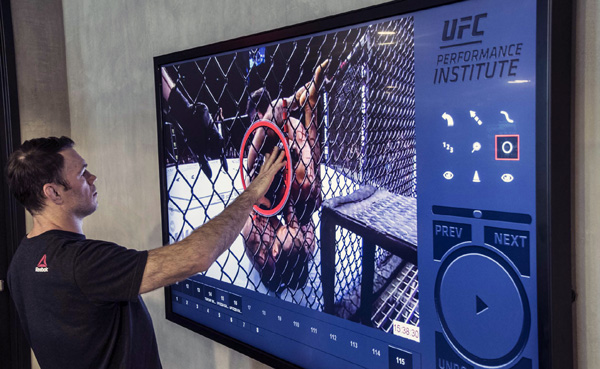 In order to be able to train others to use the system meant that their Vice President of Athletic Development Forrest Griffin had to learn it first. Due to the straightforward user interface, initial training typically takes two days to fully understand the hardware and software. The more you use it, the more skilled you become at using it.

Analysis in the Octagon

“As a Paint user, you need to understand what you’re looking for,” Dr French noted. “For example, Griffin is our primary Paint user. As a former UFC Light Heavyweight Champion and UFC Hall of Famer, he understands where athletes are trying to get to from an MMA technique perspective and how Paint can help in a given situation. Relevant tools and expertise are invaluable to support the athlete in their technical development.”

An example would be a situational sparring session. An athlete might be practising a certain technique, such as an offensive takedown manoeuvre. They would perform the move a number of times, review the Paint footage while still in the octagon to see how it looks, receive technical coaching and return to sparring.

“Sparring is more chaotic,” said Dr. French. “In the past, you would shoot the entire session, beginning to end. Now we can start and stop at will and review the movements from three different synchronized angles. We can see a hand in this position and a foot in that position. The advantage is that there is no disruption. Analysis is directly integrated with training so athletes can review from the side, with their coaches, while still inside the octagon.”   chyronhego.com