Motorsport Network is a multiple-platform news network that broadcasts original news, highlights and analysis for motorsports fans around the world. Recently they wanted to design a production hub that could, as well as deliver custom, original content for Motorsport TV, with online and social media channels, also act as a model for further studios throughout its global outlets.

Designed by JAM Creative Consultancy, the compact studio is housed within Motorsport Network’s offices, to allow easy access for journalists, experts and engineers to participate in the various segments. “In order to achieve the look and feel of a large scale, professional broadcast studio within a very restrictive office environment, greenscreen and virtual elements were essential elements in our studio infrastructure,” said Julian Okines, executive producer at JAM. 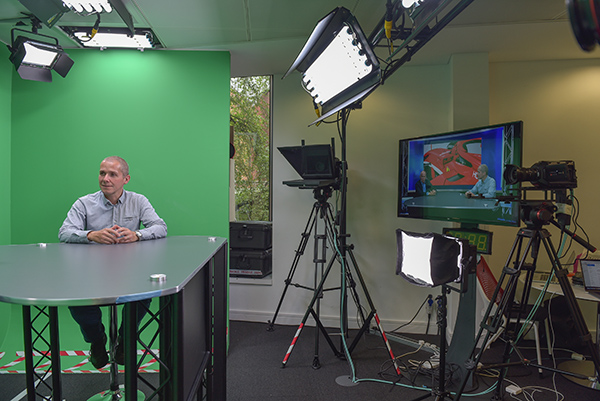 They have installed the first in a series of greenscreen television studios, built deploying Blackmagic Ultimatte 12 compositing processors, Ultimatte Smart Remote 4, which controls up to 8 Ultimatte units via a touchscreen, and Blackmagic URSA Mini 4K camera.

The team chose to use Ultimatte because of its keying quality and control that allows adjusting and refining edges in real time during a live production. They wanted to make sure program output was as authentic and realistic as possible although, because the operating space is so small, it creates a very challenging environment for realistic keying. They worked with integrator Broadcast & Production Services to implement the system. 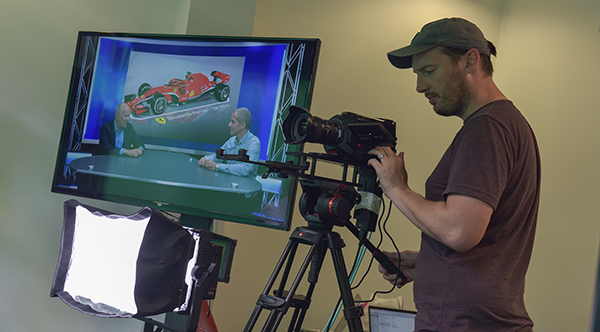 Each of the three Ultimatte 12 processors purchased for their studio are matched to an URSA Mini 4K camera, delivering a central wide shot, and left and right tight angles on the talent. Backdrops created by JAM’s inhouse graphics team are combined with regularly updated b-roll of the Motorsport Network’s production office to give a insight into the busy newsroom environment, and played back on a series of HyperDeck Studio Pro broadcast decks. The team can  transition between the physical and virtual worlds almost invisibly.

Ultimatte’s layering functions are also used to enhance the foreground of the set. “We have additional lights in the studio that tend to add spill to the subject, so we use additive blends in Ultimatte to blend the light seamlessly onto people’s skin as a flare in the foreground,” said Mark O’Leary, JAM’s Creative Director. 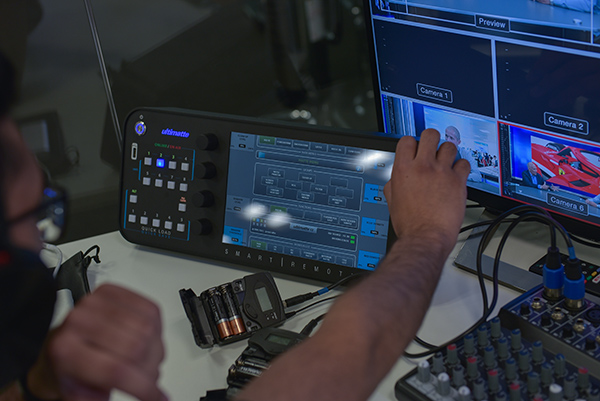 The studio feeds are taken into an ATEM Television Studio Pro HD live production switcher, which allows live keying and live vision mixing from a single console. “Not only does this save a huge amount of time in post, it also allows the presenters to see the studio environment in real time, so they can interact with the graphics in a very natural and intuitive way,” Mark said. www.blackmagicdesign.com