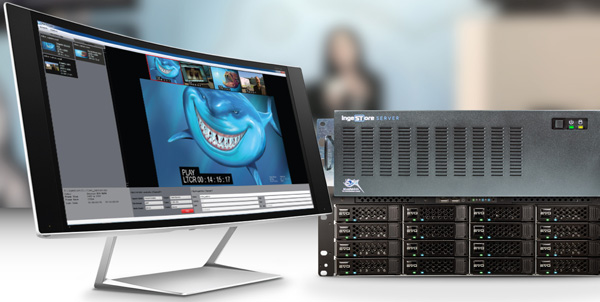 Bluefish444 has been developing RESTful API support for its multi-channel capture software IngeSTore, and will demonstrate how it works in workflows comprised of 3rd party systems at IBC2018.

Sepcialising in uncompressed 4K SDI, ASI, Video Over IP and HDMI I/O cards and mini converters, Bluefish444 has been working with other manufacturers on remote control functionality for its IngeSTore software. The demonstration at IBC2018 will show how the IngeSTore Server 3G can be controlled from another system via a RESTful API, allowing customers and 3rd parties to customise IngeSTore and its user interface to integrate within their existing infrastructure. IngeSTore Server 3G is a dedicated 3RU Server that captures up to four independent streams of video from separate 3G/HD/SD-SDI sources simultaneously.

The new API support means that users and 3rd parties can control their capture machine remotely, and also create an interface to their own specifications, customising the existing functionality of IngeSTore, including control of multiple IngeStore capture devices from within a single application. For example, users can set up simultaneous IngeSTore recording and NLE operation with Adobe Premiere CC, Avid Media Composer or others, when one or more SDI connections are available, allowing editing on growing files. Using IngeSTore with Avid Shared Storage allows systems to access the media directly from the Avid media database.   bluefish444.com