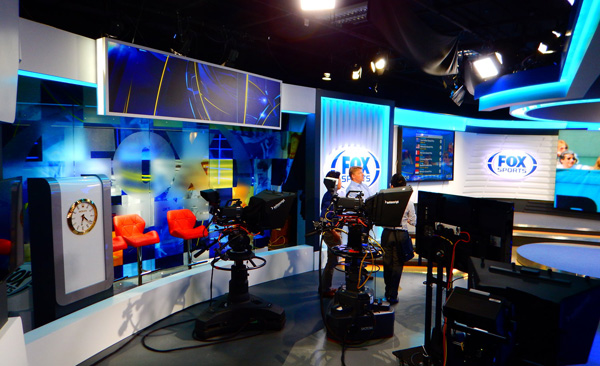 FOX Sports has partnered with IDEAL Systems for services at their new studios including technical design, build and integration and their associated systems.

Operating for nearly 30 years, Ideal Systems has completed over 300 projects and operates in 13 regional offices throughout Asia. One of their inherent strengths is working locally in every almost every country in Asia, combined with international expertise due to their diverse personnel from all over the world.

Ideal focus on audio, video and data projects at broadcasters, newsroom sites and studios, media and production facilities, uplink and downlink facilities and others. They are able to carry out initial consultation and systems requirement analysis, followed by gap analysis, system design and procurement management, through to system build, commissioning, handover and support.

When Apple announced the end of support for Final Cut Pro 7, Ideal decided to move their clients to a more robust and flexible cross-platform NLE environment, such as Adobe Premiere Pro. Ideal found that Bluefish444's compatibility with Adobe software supports either Apple Macs or Windows workstations for SDI/HDMI NLE workflows. This flexibility enabled Ideal to re-purpose many of their customers' existing Apple Mac Pros, switching them from Final Cut Pro 7 to Adobe Premiere Pro.

Ideal considered two other SDI video card manufacturers and carried out some direct comparison testing. The final decision was to go with Bluefish444 due to its stability and quality, and direct and quick access to Bluefish444 support when needed.

Updesh Singh commented, “Our first deployment was done around 2014/2015. The Epoch | Neutron cards gave a higher quality result over the other card options and allowed the use of any bit-depth and resolution for source content. They were easy to install and set up. The entire turnkey system was a very stable editor that has worked as a complete integration and without much fuss since, requiring very minimal support after deployment. The only support calls to Bluefish444 were for some Windows patching or software updates.”

Standard in most professional video workflows throughout Southeast Asia is the need to convert between video and audio formats. Ideal Systems, following their successful use of Bluefish444 Epoch video cards, decided to evaluate the Bluefish444 Synapse mini converters, which are designed for live broadcast environments. They are built with dual redundant I/O for SDI and HDMI in case of a failure of the primary source or outputs.

Ideal evaluated the Synapse HDMI120 for off-air signal monitoring, feeding HDMI signals from set top box decoders. Ideal confirmed that all audio channels from the decoder passed through the SDI as embedded audio. In this way, the HDMI120 dual SDI outputs meant Ideal could to reduce the number of devices in the workflow, and in turn save on cost and complexity.

The first SDI output from the HDMI120 was fed directly to a multi-viewer to display the video, and the second SDI output was fed to an audio embedder that embedded different audio tracks and languages from a second or third decoder, depending on the number of audio language tracks that were available for that specific channel.  Ideal specified up to three HDMI120 per set top box, allowing the operations team to monitor hundreds of channels in three different audio languages without having to view or navigate the decoder menu directly.

Ideal specified the Synapse SDI110, converting from SDI to HDMI, to feed multiple large screen monitors for network operations centre, master control and production control rooms. The SDI110 has dual redundant inputs, which are necessary for constant monitoring in case of primary source failure, and an SDI loop preview used to feed an engineering maintenance room for secondary monitoring. 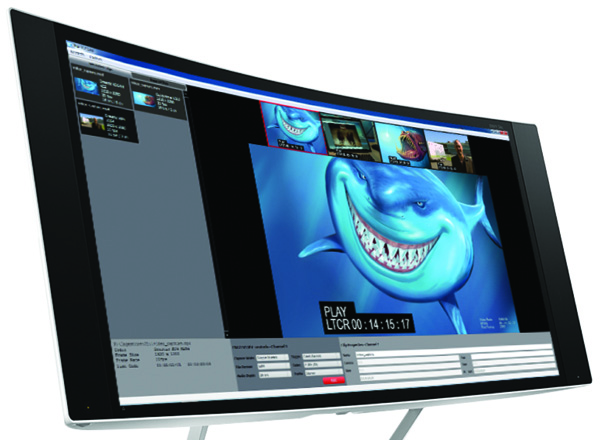 “We have deployed mostly the HDMI120 and the SDI110. Synapse mini converters have the same quality and stability as the Bluefish444 video cards with some special functionality that otherwise would require the use of several converters or other gear,” said Updesh Singh. “Synapse has helped us reduce complexity and improve our operations' ease of use. A large SEA broadcaster has now utilised hundreds of Bluefish444 converters due to this professional usability and reliability.”

Bluefish444 supply IngeSTore software as a free download, compatible with all Epoch video cards. IngeSTore is used to capture up to four SDI video sources simultaneously and is commonly used in multiple camera and ISO recording, archive from tape and near live production via edit-while-record.

Ideal identified clients who want to ingest multiple feeds for edit-while-record, but who do not require the extra functionality or cost of more complex, expensive server systems. Specifically, Ideal wanted a workflow to ingest multiple feeds directly to a NAS or SAN storage subsystem to make the growing files available for edit within a few seconds of ingest.
Ideal tested a few brands and systems on the same workflow. Some of these were cost prohibitive, and others did not match all of the requirements, had limitations on codec support or required some form of platform integration.

Updesh noted, “We have not used IngeSTore extensively except for test and demonstration purposes. So far it has been a reliable Ingest platform. We intend to connect a NAS system to IngeSTore and some dedicated edit machines running Adobe Premiere Pro to access and edit the content within a few seconds of ingest. The IngeSTore user interface is quite intuitive with functions that are easy to find and use. Most imprtant, IngeSTore performs real time ingest and encode of all the broadcast grade codecs, which means it has the flexibility to handle fast paced news, sports and entertainment. 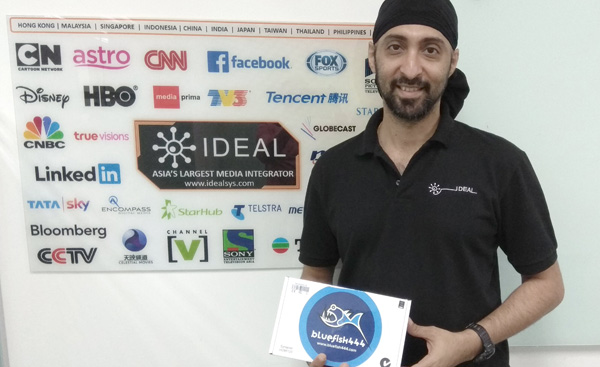 Video Over IP, UHD and HDR

Ideal Systems also believes IngeSTore will eventually grow to support IP ingest, allowing the flexibility of remote editing on a network from SDI and IP sources. Over the past few years Ideal have focused on building both knowledge and integration systems for broadcast studio and media industries in the future. This includes UHD, HDR, Video over IP and AR/VR. Bluefish444 has developed the KRONOS PCIe video, audio and data capture and playout card to addresses all of these formats and media, plus others.

One of the advantages Ideal can see in the Bluefish444 KRONOS card is the ability for one system to work in so many different workflows using SDI, HDMI and Video over IP standards such as SMPTE 2022 and 2110.

“We are evaluating Video Over IP systems particularly with the incorporation of graphics in IP transports,” Updesh said. “The KRONOS cards will transport IP standards such as SMPTE 2022 and 2110, and support high frame rates of 60 fps and above with HDR. For some clients who want to use existing infrastructure with 4K/UHD, we could use this either with quad link 3G SDI or 12G SDI interfaces.”  bluefish444.com