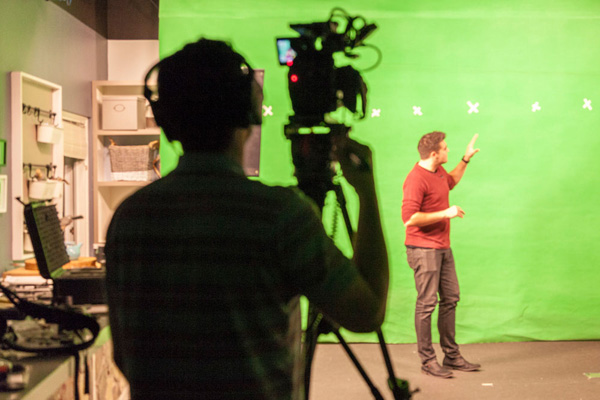 Its Sydney office distributes content representing more than 160 independent producers from around the world. With a catalogue of 3,000 hours of selected programming, Flame Media closely customises the marketing of each title and has to regularly version and pass large quantities of material through quality control for international sales and distribution. Therefore, the company recently decided to automate several manual steps in its QC procedures.

Most creative post agencies work on several projects at once, but with hundreds of hours of media  in their storage pool, Flame Media reached a breaking point when their technical staff, responsible for management of master materials from acquisitions to delivery, could no longer keep pace with the volume of incoming material and QC all their media. Technical manager Jason Lee said that they were acquiring many more hours of content and delivering more every week. Consequently, their resources were strained and the ability to keep to standard was under pressure.

In particular, the facility’s reliance on manual QC was creating bottlenecks in its ability to pass compliant assets through to sales and they had to hire an extra person. Manual QC is appropriate for simple single-format checks, for instance, but when demand increases for checking multiple files and criteria, this option alone makes it difficult to scale procedures. 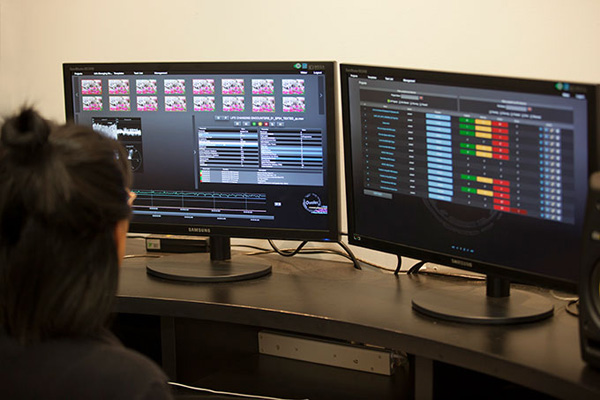 Some content arrives with more issues than others. Problems range from freeze frames to interlacing and conversion issues to files with ‘dead’ pixels. “Not all content comes to us pretty and ready for sale by any means,” said Jason. “Many producers think that when a show is completed, they don’t need to do any more, but we have a series of protocols in place to make sure that the quality of content is good before we pass it for worldwide sale. This is because we represent the buyer and want to make sure we run a premium service.”

Not only is manual QC tedious work, it is not infallible and problems can slip through. Should the issue be included in the final master, the broadcaster can reject the file. At best this will add another layer of work to the tight deadlines at Flame, and at worse can negatively impact the client relationship.

Flame Media routinely manages up to 30 hours of content a week but peak periods could more than double this amount. Following program sales around Mipcom for example, QC demands typically grew by up to 50 and even 80 hours of content. At other times, whole seasons might be delivered to the facility at once. A cookery show of 180 episodes x 30 minutes, for example, puts immense pressure on the facility to turnaround within a month, let alone a few weeks. The team of 40 also has other responsibilities such as servicing sales from the sales team, and their ongoing technical work.

Automated QC seemed to be the best option. Flame Media is now using the QUALES QC automation system, video and audio QC software used to check media file integrity. Return on investment was a major factor when evaluating products, specifically the ability to save time and resources on existing labour intensive workflows. Other reasons for choosing QUALES was its cost, simultaneous multi-user support and integration with its existing workflow. 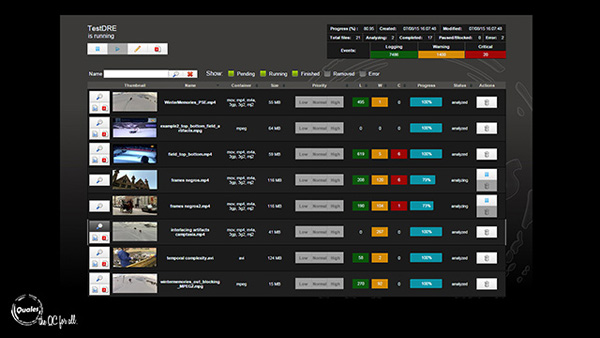 “Some systems we evaluated required us to pay for a standardised package, but if you needed functionality like using QuickTime, or to QC certain audio elements, you had to pay extra, and simply buying a full license was often extremely expensive. On others, the user interface was difficult to get to grips with. Some vendors price their software to operate for a certain number of hours per day, which would only benefit smaller post facilities, not a 24-hour operation.”

QUALES places no restrictions on licenses, charging one price for the entire system and scaling as required. It automatically analyses media files arriving into a facility and performs a series of automated tests on both the audio and video signals, confirming the files meet prescribed channel specifications. The earlier any issues are found, the easier and quicker it is to rectify them.

The real test, of course, was in its ability to quickly and accurately identify issues and ease the facility’s workflow pressures. “The first time we used QUALES was during a period when we were receiving a lot of problematic content,” said Jason. “We put it through QUALES and that immediately saved us having to spend extra time to check the content with an eyeball QC. Within five or 10 minutes, we received the QC report, clearly informing us what to reject and what to accept.”

Operators looking at a broadcast monitor cannot easily ‘look inside’ the file. QUALES has a view of both audio and video, presenting a timeline to operators showing exactly where the events are occurring as a graph within the timeline. He noted, “The QUALES visual interface is less daunting than others we tried, and graphically more intuitive. That definitely helped us save a lot of time and attain quicker turnaround in getting content fixed.” 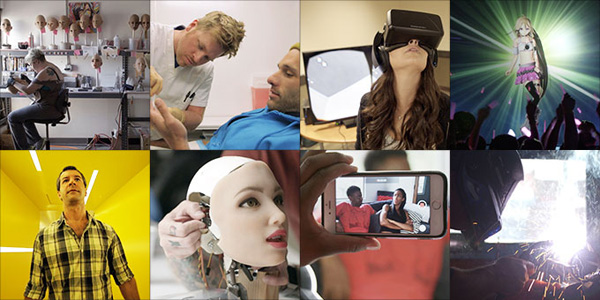 Flame Media has also integrated QUALES with its Signiant Media Shuttle transport so that every time content is sent to the facility it is automatically pushed to QUALES for an immediate QC check. The database is structured in a way that saves data searches, so repetitive QC on specific content is very fast.

“QUALES has helped especially with content that has had a lot of freeze frames and syntax errors,” Jason said. “Too many files have come to us that we thought that we could play, but QUALES has reported back and told us the file is corrupt. That’s been very handy for us to catch drop frames and dead pixels that are extremely hard to detect manually when you are watching content at rates of 24 or 29 fps. There is no way you’re going to visibly see issues like dead pixels. QUALES scans the content at frame level and can identify errors.

“If content fails a QC test at any stage, Flame then informs the producer by sending a detailed QC report through QUALES, pinpointing exactly where the file failed. Either we can perform the fixes in-house or the producer fixes them and sends another file. Either way, the content will go through the whole QC procedure again. We do still eyeball the content as an additional failsafe, but we’re not spending 30 or 40 minutes per show doing it. Essentially, we rely on the QUALES report to tell us all we need to know.”  www.editshare.com