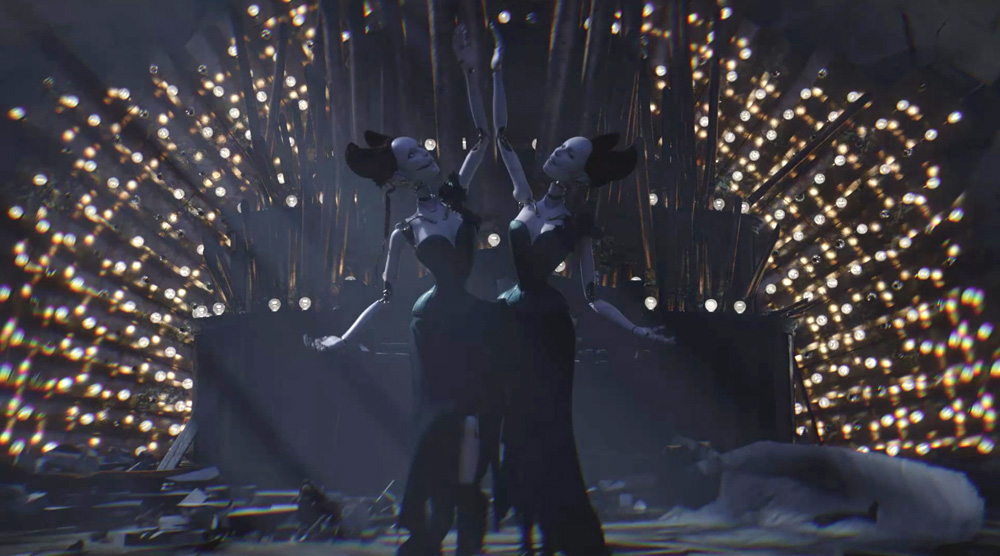 CG Supervisor David Chontos from Psyop in Los Angeles has entered an unusual and original project into the AEAF Awards. In his photoreal, animated CG short film titled 'Sisters', set to music by singer Fever Ray, viewers find themselves in an abandoned theatre where a pair of performers, twin mechanical puppets, is trapped in the ruins of their former glory. Finding inspiration still beating in her mechanical heart, one of them urges the other to stand. We watch as they sing together once more on the crumbling stage.

See the full video here on the AEAF website.

David said that the concepts behind his short range from the fragility of modern technology to the cruelty of passing time. “I started the film as project that described my capabilities more accurately than my commercial work did,” he said. “It became a passionate distraction, not just for myself, but for fellow artists at Psyop who were in between productions and looking for something different to work on.

“Using my background as a CG lead, I created all of the design and look development myself and then partnered with other Psyop artists to complete the film. The result was a great collaborative and learning experience.” The team worked in Maya, rendered shots in Arnold, and did the compositing in Nuke. 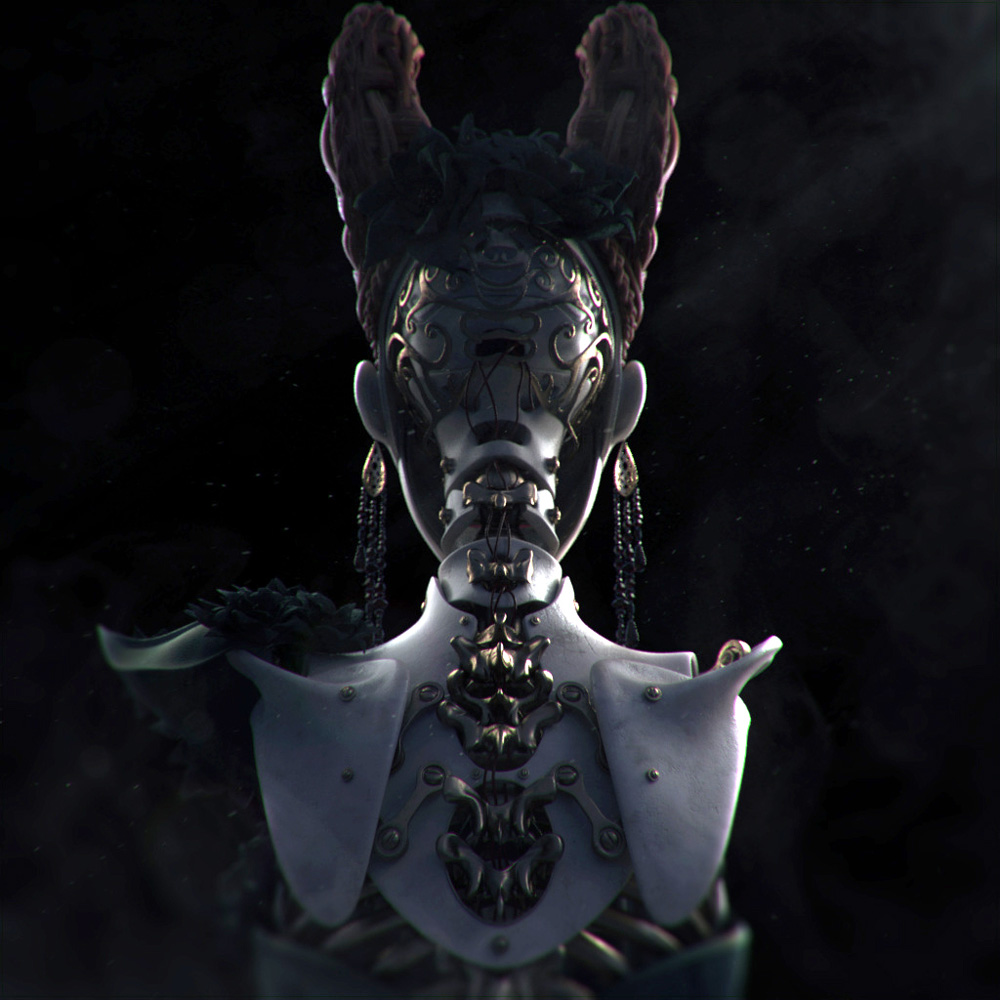 They constructed the theatre intact at the start, with three different levels of plaster, steel mesh and wood, and then used a dynamic destruction simulator to break the holes through the ceiling and floor, creating natural piles of debris and splintered wood. Then they dropped curtains and fabric debris on top of all of that. They built the entire 360° space, even including the space beneath the stage and the floor, which allowed some unusual camera moves.

Abundant photoreal textures, materials and detail were required for the objects that are slowly falling apart around the sisters. Surprisingly, source material for researching, referencing and recreating them wasn’t hard to find. David commented, “There’s an unfortunate number of abandoned old theatres in the world that provided remarkable inspiration and very specific photographic evidence. The pipe organ is my favourite. It certainly referenced a lot of photography and was meticulously modelled and textured for all of those close-up shots.

“The spider webs were all dynamically created by first using a particle scattering plugin, and then draping those particles with dynamic splines.  A layer of particle dust was added as well, colliding with all of the surfaces in the scene and using lots and lots of layers of small details.” 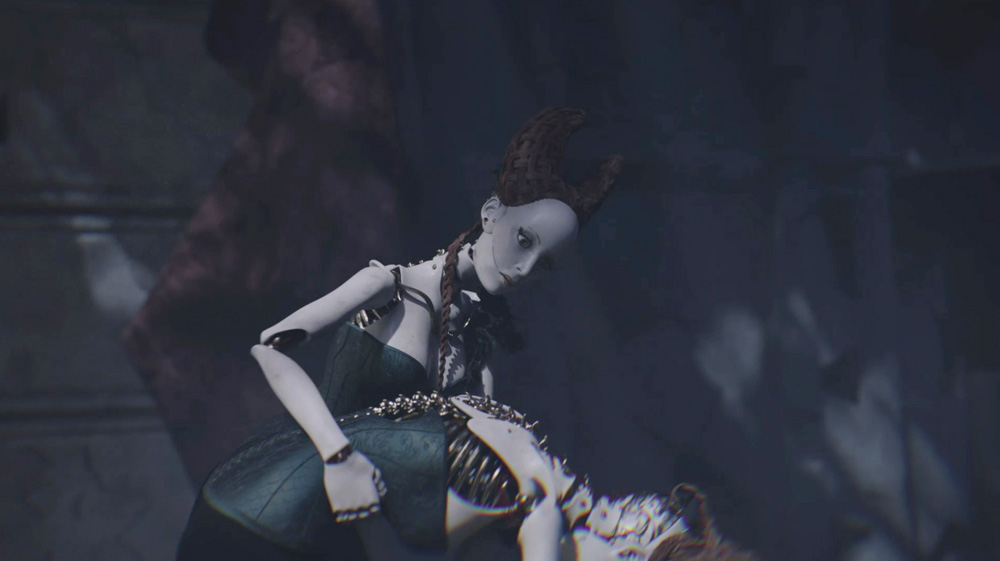 David’s characters are mechanical puppets that come to life on their own, and are inspired partly by the work of Marina Bychkova who makes small, jointed dolls. “There is definitely some of them in the girls. They are also related to Bjork’s robotic likeness from ‘All is Full of Love”, to vintage porcelain dolls, to existing humanoid robots and even to Victorian clockwork automata,” said David.

“Also, the sculptress Jessica Joslin creates amazing animal characters using Victorian plumbing and ornamental fixtures.  The sisters’ spine design was inspired largely by her work. They have actual human skeletal parts, although made of bronze instead of bone.  Most of the joint connections became ball joints to help facilitate their smooth motions, but there is a human skeleton underneath. The hands are based on a real metal prosthetic hand from the early 20th century.  That underlying structure was then covered with ceramic pieces to give them a softer look.”

However, the jaws throw a spanner in the works, giving them - and the whole production at certain moments - a menacing look that contrasts with their touching devotion to each other. “It is one of the more unsettling aspects of their design, and seems to really work,” he said. “You can almost imagine them as human - they are pretty, they have almost all of the right parts, and when you take away even just a small piece of the cheek, it makes you feel as though their ‘flesh’ is injured.  You imagine it might even be painful.”

The sisters’ motion owes to a large extent to the famous modern dance performer Martha Graham – but working with abstract, contemporary dance moves isn’t the usual order for an animation team, especially when the dancers are also puppets. To help, David worked with a choreographer to help express their awakening in a story told through dance, filming the performances from multiple angles which gave the team some great reference. The rest they simply made up themselves. 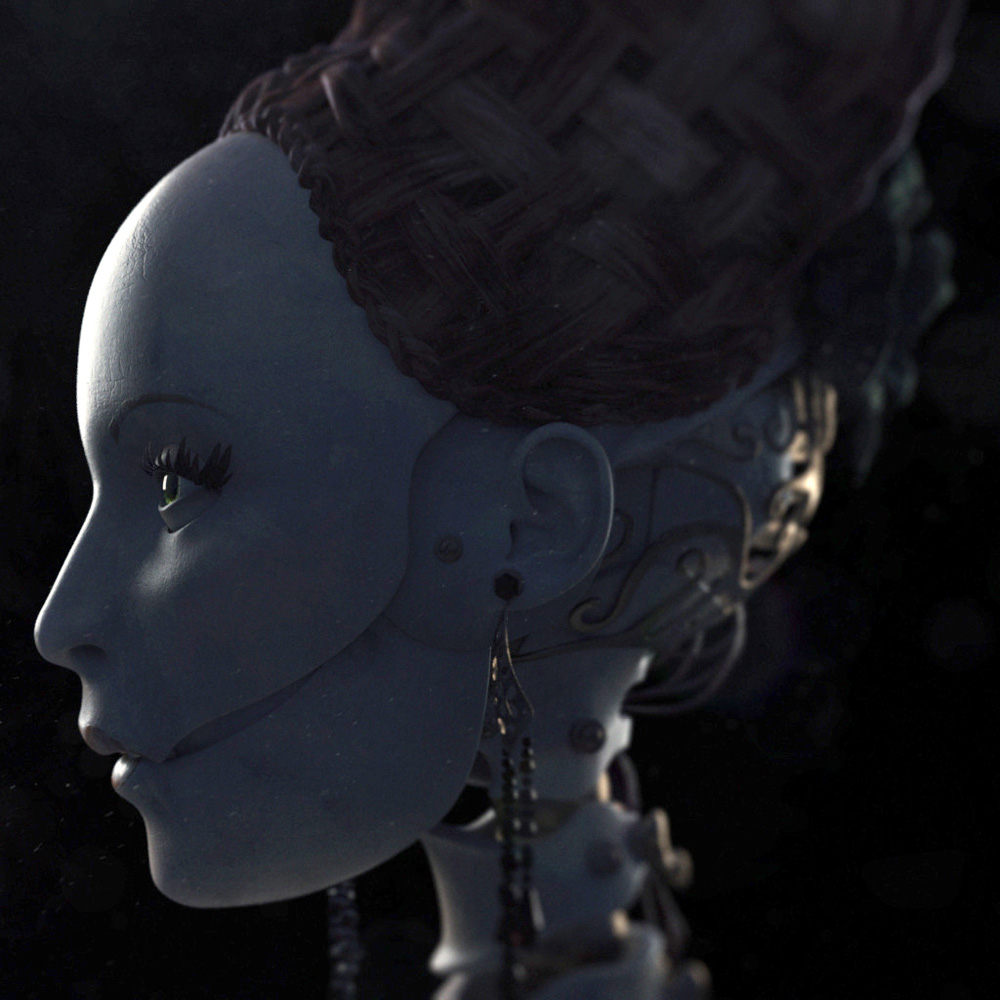 Facial animation brought a few more challenges. David said, “I didn’t want to be able to move their faces around too much, for fear it would make them too human.  So we restricted their movement as much as we could, and the result is exactly as intended - they look like they know they can’t express themselves fully.”

The lighting is important in the characters’ dark world. They found the lighting could only work from one very specific angle to reach the centre of the stage, so the characters and lighting setup is exactly the same in every shot. Contributing to the story, the cool moonlight shining down on the sisters helps wake them up, and the warmer, flickering lights from the stage are a direct link to their heartbeat.

“Almost all of the bulbs on the stage are all actually casting light, not from point lights inside of the bulbs, but from the actual geometry of the filaments inside each glass bulb - expensive to render, but with arguably better results,” David noted.

“The rendering was done entirely in one beauty pass, none of the elements, other than color correction, was added in compositing.  All the volumetrics, motion blur, atmospheric particles, and depth of field were rendered together, without even creating foreground and background splits.”