Animatrik Sees the World through the Eyes of ‘Warcraft’

Animatrik Sees the World through the Eyes of ‘Warcraft’ 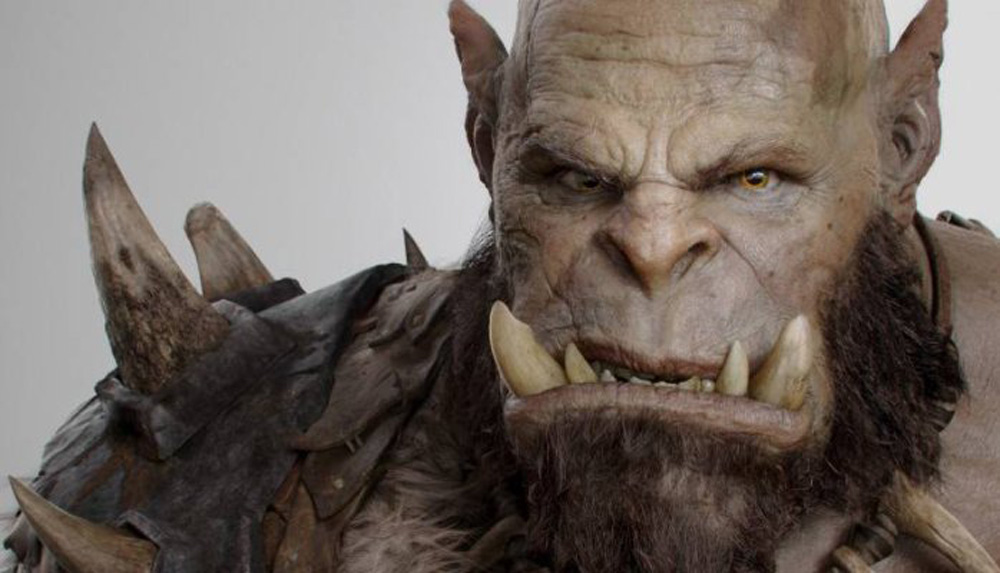 The worlds of orcs and humans clash in ‘Warcraft’, the recent movie based on Blizzard’s video game, one of the best-known massively multiplayer online role-playing games. Apart from the huge, intensely violent battles between the two races, the production wanted to create the muscular, over-sized orcs with enough control to be able to make subtle expressions and emotions an integral part of their performances.

For this, they used motion capture and virtual production, including camera tracking and a SimulCam system, to capture and record specific types of data from the orc actors’ motion on set. The digitised data was not only used to animate digital characters, but to produce the differentiated performances and personalities seen in the movie. The animation and effects were created at ILM under VFX supervisor Bill Westenhofer.

All of the mocap suits and software, tracking and virtual cameras were set up and supplied by Animatrik Film Design, who specialise in motion capture, previsualisation and virtual cinema. “‘Warcraft’ was the largest virtual production Animatrik has been involved with so far,” said president and CTO Brett Ineson. 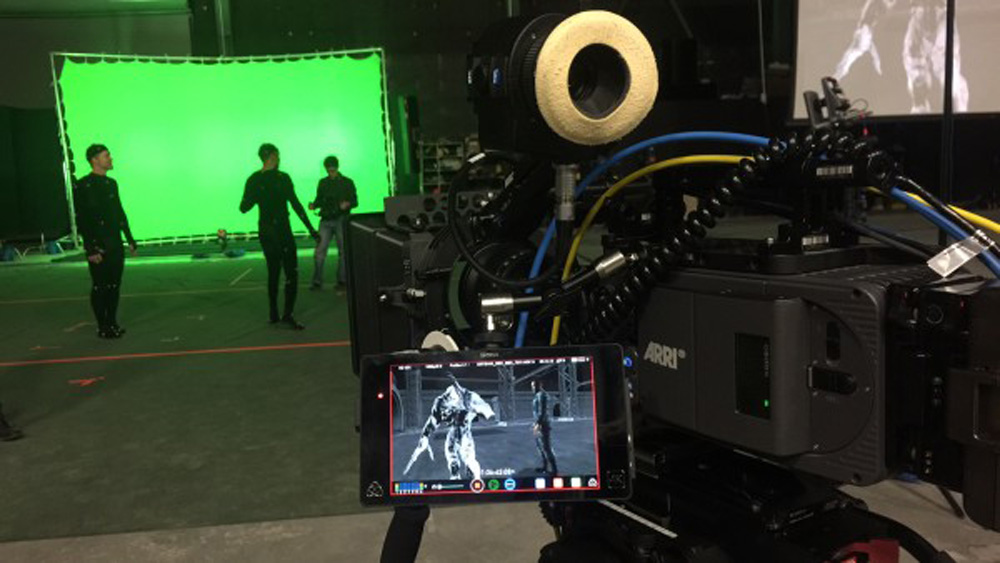 ”The production used eight different stages, with both live-action and mocap-only sets, over five months of shooting. The largest were 300ft in length, and some stages were outdoors, where the team had to film in the rain. Quite often, nine orcs were out there at a time on the live action set, and even more than that on the mocap-only set.”

On these stages, several different capture techniques were deployed, involving a number of Animatrik’s services. In particular, Animatrik made it possible to obtain a SimulCam view in all shooting situations. For this, two kinds of motion capture camera system were deployed – first, the motion capture camera array, and second, a SolidAnim SolidTrack camera tracking system.

“The SimulCam view displays to the DP a real-time, rough composite of the captured motion data, with all of the environments, orcs, creatures and characters approximately as they will appear together in the final shots,” Brett said. “The idea was to see everything happening through the eyepiece of the movie camera – as we were filming.”

Outside In, Inside Out

The first setup was called ‘outside in’, and relied on capturing the motion of performers in mocap suits with motion capture cameras. In a more or less conventional mocap volume, the cameras were calibrated with live action sets and performers - along with the main unit camera. The calibration enabled the integration of the CG sets and characters together with their live action counterparts. By using the array of cameras that each follow the tracking markers from different position, Animatrik can calculate a rigid body that drives the digital asset accurately.

Otherwise, when shooting on the live action stages without motion capture camera equipment, or on stages where areas were obscured from the mocap cameras, Animatrik used an ‘inside out’ approach. “We’d mount a small vision survey camera to the production’s movie camera,” said Brett. “This camera was integrated with a system called SolidTrack, which would lock onto every pixel it sees and calculate its 3D position relative to the world around it. Having already worked out the offset between that survey camera and the movie camera angle, they could use the position data to produce their SimulCam view.

With either technique, having that SimulCam view was valuable for everyone on set. Brett said, “It really helped us with jobs like framing. The orcs, for example, might be up to 12 feet tall. Seeing how their size worked out on set meant the camera operator could re-position for the best angle. In short, the production was able to shoot ‘Warcraft’ as if it were a normal movie. This reduced the corrections and fixes we needed to do in post by a large margin.” 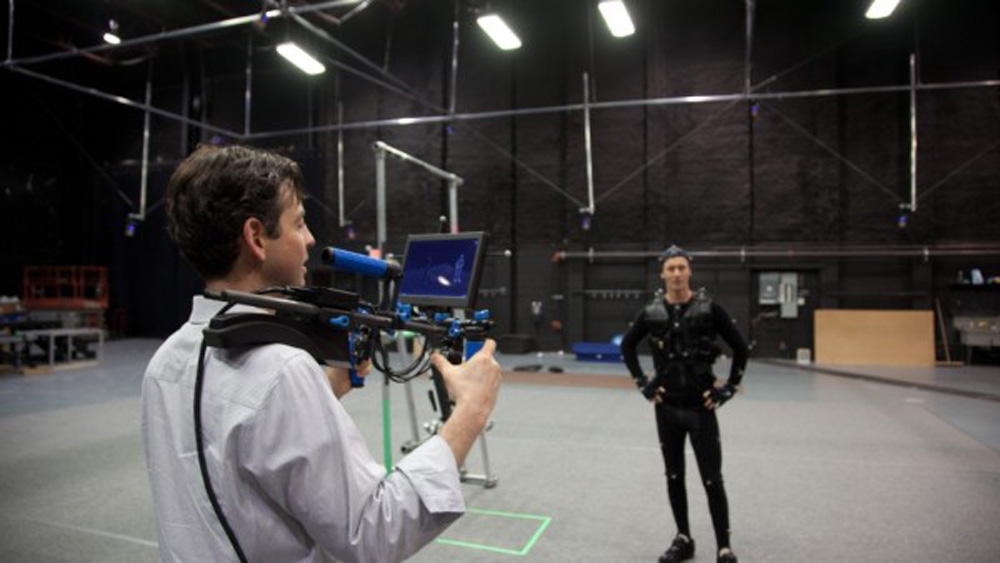 The motion capture system helped solve the challenge of the project’s outdoor shoots as well. In traditional motion capture, infrared cameras emit beams of light that are used to track the motion of reflective markers or LEDs. Outdoor light and rain interfere with the camera’s ability to record the marker positions, more than conditions in a controlled stage environment.

Therefore, the team used active marker suits fitted with pulse LED lights. “The LEDs are synchronised to pulse in time with the camera and therefore, do not impact on the main photography. This made more precise outdoor capture possible, and gave us a more natural performance from the actors themselves, who could work in a more realistic representation of their scene.” This was a refinement of Animatrik’s experience in supplying on-location and in-situ motion capture and real-time visualization services in conditions that involve sunlight, water, forest settings and action after dark. 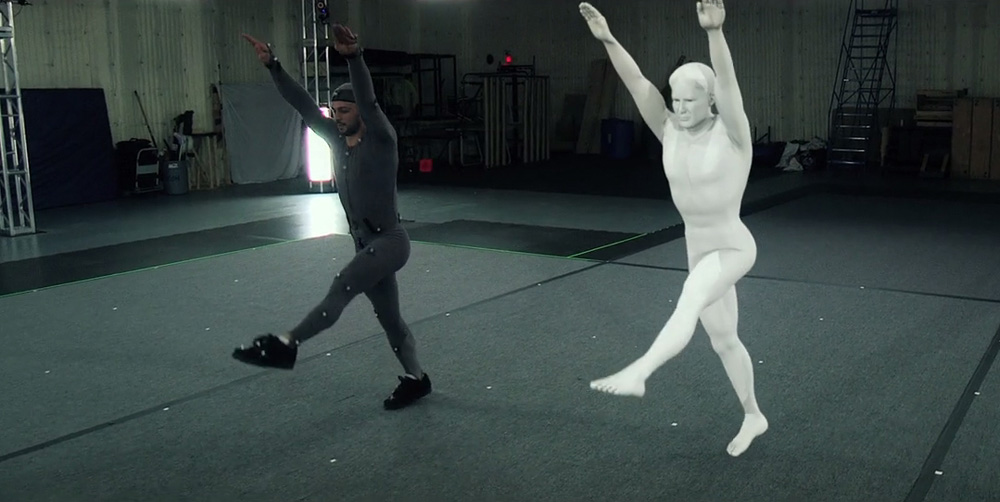 Because so much R&D was involved in ‘Warcraft’, and a number of systems and set-ups had to be custom built to make the movie possible, Animatrik’s services have benefited and they now have more experience of capturing new kinds of motion detail in challenging environments. For example, in order to capture the orc’s emotive facial performances, the on-set actors wore the helmet camera system developed by Technoprops, consisting of a pair of stereo cameras that delivered two streams of video. These cameras caught every nuance and subtle shade of emotion that passed across the actors’ faces as they performed.

“Our work lay in the post process tracking of the data that came off those cameras,” said Brett. “The stereo cameras meant we could track the data in 3D as opposed to 2D. We would track the facial marker set into the 3D scene and then deliver that data over to the VFX vendor ILM, who then worked with it in their proprietary facial animation solver.”

“It’s fantastic to see just how much of the actors’ likenesses and the distinctive qualities of their performances are retained in the orcs. You can see the personality shine through, which makes each orc more of a digital likeness than a purely digital character. animatrik.com