MVN Animate is proprietary motion capture software that drives the Xsens MVN system for 3D character animation. Used in conjunction with Xsens MVN suits and hardware to record, monitor and analyse movement, it exports mocap data that is ready for production pipelines composed of the major 3D packages. MVN systems are based on combining measurements from inertial devices such as gyroscopes, accelerometers and magnetometers to sense and capture movement. 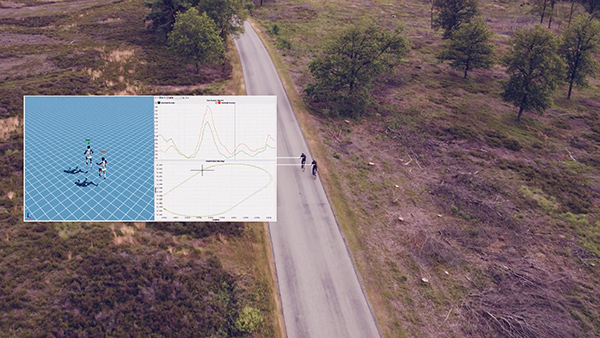 On-body recording allows users to set up their MVN system and move outside the range of the access point device. During capture, the data is stored on a body pack instead and later imported into the MVN software.

MVN 2019.2 allows multiple body packs to be triggered remotely and synchronously. Through a new function in the software interface, which also supports time code, users can remotely start and stop recording, and no longer have to do this manually on site.

Particularly useful to MVN Animate users, this update allows users to trigger up to 25 devices synchronously, allowing an entire soccer field of 22 players, or a large cast of characters to be recorded, for example.

It is an especially portable system, ready for use anywhere in any environment without markers, volumes and cameras or lengthy post-capture clean-up or editing. The MVN system has previously been limited to tracking global position when the user’s activity involves foot contact with the ground, such as walking and running. However, with the GNSS (Global Navigation Satellite System) support added to this update, the MVN system can now track users participating in activities that don’t involve defined foot contact such as cycling, horse riding, skiing and skating.

GNSS support also combats long-term drift that can cause an issue during foot contact tracking. Due to the variations in GNSS accuracy caused by tunnels or built-up urban areas, the MVN software has been updated to include a GNSS accuracy graph that users can monitor. Supported Navigation techniques include the conventional American Global Positioning System (GPS), as well as GLONASS from Russia and Japan’s QZSS.

Xsens supplies motion capture systems to game developers and VFX studios, as well as clients across the automotive, industrial, sports science and biomechanical industries and in research institutions. For ease of use in pipelines for all of these applications, a new Microsoft Excel export data option is added, which is a more universal file type than Xsens’ .mvnx structure that requires MATLAB software.

In response to requests from people working in ergonomics, users can also add the body trunk angle measurement of the performer or athlete against the vertical angle. A list of sensors is now viewable in the MVN software interface making them easier to track, and timestamped live data can be used from the body pack for synchronisation with other data or equipment.

The Xsens MVN 2019.2 update is available for all existing customers with a valid support contract and will be shipped as standard with every new Xsens purchase.  www.xsens.com