Head of Animation at Animal Logic, Rob Coleman, is among the speakers at AEAF in August. Rob will talk about Animal Logic's work on ‘The LEGO Batman Movie’, focusing specifically on the art and animation in the film to give the audience a glimpse into the team’s creative process and an idea of how they brought the LEGO Caped Crusader to life.

When AEAF spoke to him recently, he told us about what initially attracted him to animation, as a career and as a personal passion. Animation has been a major feature of Rob’s life from his earliest days. “I have loved animation since I was a young child,” he said. “I was especially drawn to movies with animated characters who shared the screen with real people, like ‘Mary Poppins’ when Dick Van Dyke danced with the animated penguins. I thought this was magic.

Rob’s career turned toward supervisory and directing roles while working at ILM on ‘Men in Black’, the ‘Star Wars’ films and many others. He was also helping to recruit and mentor ILM animation team members. “I was encouraged to make the change from animator to animator supervisor by Jim Morris, the President of ILM at the time. He felt that I had the right mixture of temperament, experience and leadership skills. He helped me tremendously and was a wonderful mentor,” Rob said. 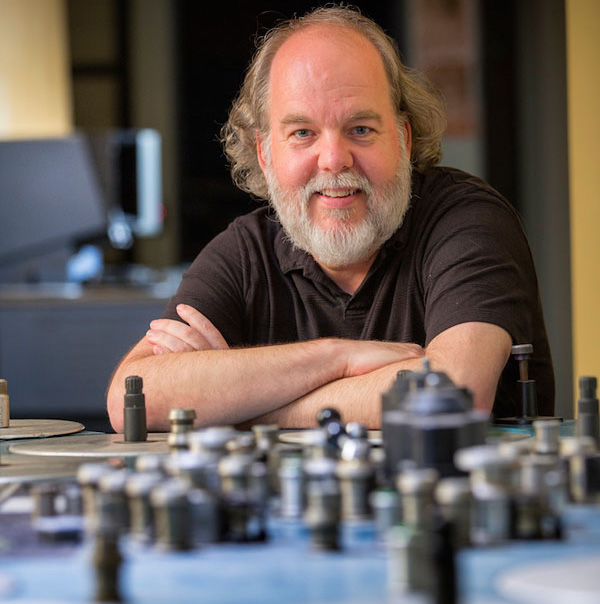 “The transition involved relying more on my communication and leadership skills. Initially, I struggled because I love animating and I did not want to lose that creative, hands-on feeling, but soon I realised that being a supervisor meant that I was now interacting with the film's director. I was representing the entire team of animators and helping to guide the overall performance of all animated characters in the film.

After seeing through a large number and variety of CG animated feature films, he recognizes not only the phases that every film he works on needs to go through - from development to pre-production, production into post - but also the challenges that every project inevitably brings. “What experience gives you is perspective. Knowing what is probably going to happen helps you deal with the stress that undoubtedly will come. Years of creative problem solving and creative planning help you navigate the setbacks and problems as they arise.

“I have had amazing opportunities to work with some very inspiring directors and editors. Over the years I have learned so much about movie making and storytelling from some generous filmmakers who were very willing to share their knowledge and wisdom. I am happiest when I am collaborating with very talented people and when I’m challenged creatively.”

“I came to Animal Logic specifically to work on ‘The LEGO Movie’ because I was inspired by the initial test they had done. I saw the movie as a great creative challenge - creating an animated world built out of LEGO in such a way that the audience would feel for and care about a LEGO character. The limited, faux stop motion style presented a number of challenges that I thought were exciting.”

Rob’s biggest challenge continues to be creating animated performances that resonate with the audience. He’s always looking to craft his team’s performances so that the audience absolutely believes that their animated characters are alive.

He reflected, “I think that to be a great animator, you must be a great observer of life. The study of human emotions and movement is a lifelong pursuit. Keying into the subtle micro movements of a human face, such as the flick of an eyelid or slight tightening of a lip, can tell you so much about what is going on in the mind of that person. Being able to translate those real moments into an animated performance is real magic to me.”

“I think this is a great time to be an animator. Every year the tools and technology get better. We have reached a point where real-time photorealistic rendering on the GPU is becoming a reality. Being able to play back and review your animation in real time, without having to render a Playblast movie will allow for more iteration and experimentation per day.

“An animator will be able to try things, adjust poses and timing, refining their animation and stay in the creative flow without having to stop to run a render. More iterations allows for more polished refinements. We can focus on nuances and details in way that we couldn't before because we are able to continually review our performance adjustments.

“Additionally, advancements in hair, skin and cloth technology have allowed for some truly amazing visual effects animation recently. We are really able to create characters and creatures that look absolutely real. Writers and directors, inspired by this realism, are challenging the animation and visual effects artists and technicians to push what can be done.