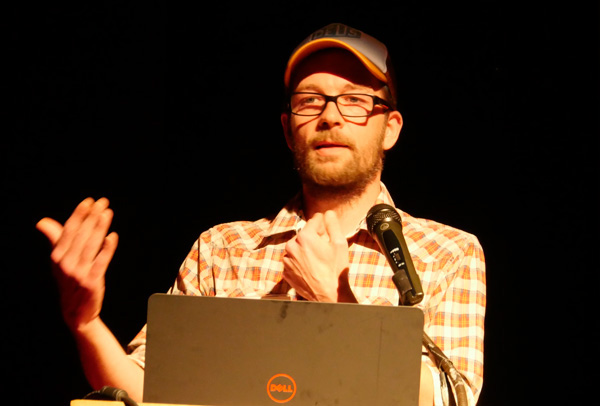 Day 2 of AEAF's Speaker Program started with one of the most knowledgeable motion graphics artists working today, specializing in Cinema 4D and After Effects, followed by a series of five VFX supervisors speaking about production management, recent high-profile projects and how to stay inspired.

AEAF festival director Sean Young said, "The speakers at this year's AEAF have been incredibly generous with the information they've shared about their work. The success of this event, and the speakers' dedication to the wider community of VFX and graphics artists, encourages us in our plans for AEAF in 2017. Visual effects for film and TV will certainly be topics, but we are also keen to expand on new trends in and tools for motion graphics. Also, after featuring speakers actively involved in VR and 360 productions and adding a new VR/360 category to the AEAF Awards, we're now finding other artists and companies pursuing these kinds of projects. It's exciting." 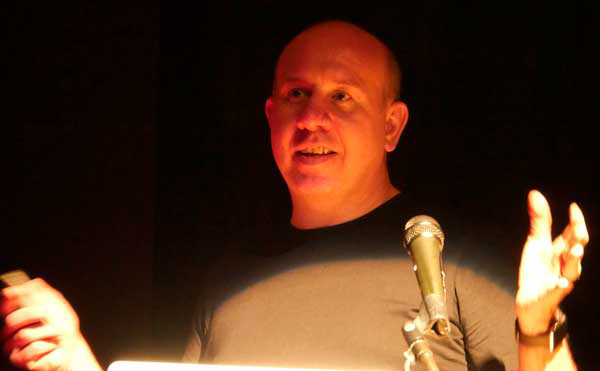 Tim Clapham took attendees on a journey through his career as a motion designer, which unfolded at an interesting time in the history of computer graphics. Hardware had a fraction of the power it has now. Photoshop wasn’t long into version 2, and After Effects was brand new. A comparison of his early work with current projects showed how far modern motion graphics have expanded into the everyday world. Today, Tim’s company Luxx produces highly sophisticated and original animations and composites for TV and web. Also a recognized Cinema 4D and After Effects training expert, he emphasized the value of participating in beta testing software for the chance to be first to work with new tools and influence their development. 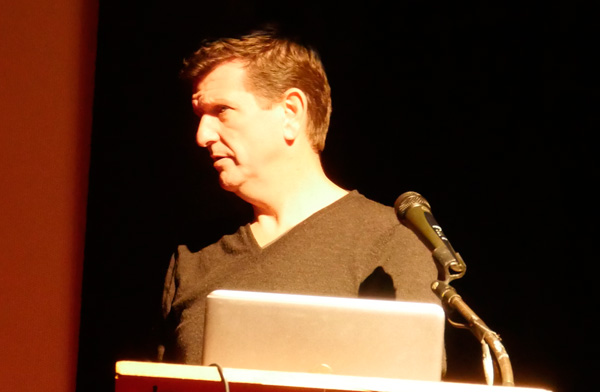 Glenn Melenhorst, VFX supervisor from Iloura, gave attendees a detailed breakdown of his team’s work on the Battle of the Bastards, a climactic episode from TV series Game of Thrones, from pitch to delivery. The artists were new to Massive crowd software, learning to create agents with enough variety in looks and motion to appear as a real army. The horses were built from the skeleton outwards, and keyframed. Beyond managing size and variation, Glenn had to ensure the swarms of soldiers were art-directable to keep every shot in control to follow the story, and were optimized for rendering within their time frame. Iloura entered the

In this on-the-spot video captured at AEAF, Glenn tells how the production's pre-vis helped his team understand the scale of the Battle of the Bastards and the degree of variation required across the two armies. Entering the series in Episode 6 meant researching the back story leading to the battle. Integrating hand-keyed elements into their crowd simulations was also important. Iloura is now seeing more TV work as producers seek cinematic production values for their shows.

Dennis Jones talked about leading RSP’s team through the Quicksilver Extraction sequence of X-Men Apocalypse, turning the artists’ attention back to the speedy character they created for ‘Days of Future Past’. This time Quicksilver races a massive explosion as it rushes through the X-Mansion, zooming through complex layers of small stories inside the bigger explosion story that had been closely pre-vised before RSP got involved with the show. Dennis showed how concepting the sequence required a mind-stretching understanding of camera-time, real time and Quicksilver time – all happening at once - and meticulous management of 2D and 3D elements, including digital doubles, atmospherics and the associated simulations themselves.

Animal Logic’s Paul Butterworth gave the AEAF audience some of the most valuable messages of the event – 20 tips from his own Creative Survival Guide, gathered over the course of his long career. While tools and techniques, projects, jobs, directors and producers all come and go, an artist’s resilience in this industry depends over time on a solid foundation of creative thinking and problem-solving. Are you a creative survivor? If you’re not sure, you should have been at AEAF. Paul’s Survival Guide covers techniques for breaking down problems and demands in ways that inspire your team, how to work more efficiently and how to take advantage of the VFX artist’s role as a team player to produce top level work. Best of all, Paul illustrated his talk with scenes he supervised from Iron Man 3, Avengers: Age of Ultron and Prometheus.

Above, Paul describes the volatile, global nature of his industry and how a key element of his work as supervisor is pitching regularly for projects, keeping several on the go at once. Likewise, VFX artists need to think not only in terms of the job they have now but also about keeping up with new techniques to make themselves valuable for jobs that lie ahead. 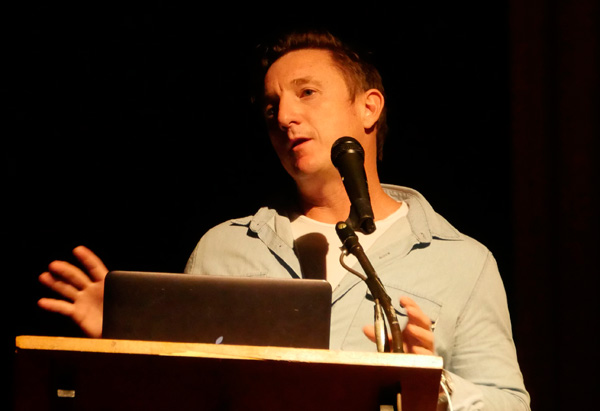 Colin Renshaw’s experience of working at Cutting Edge and Animal Logic before co-founding Alt.vfx in Brisbane about 5 years ago has given him a special perspective on managing production. The company specializes in fast-turnaround commercial work with effects that make their clients’ advertisements look like scenes from feature films. His team is a small close-knit group of generalists with a CG and animation pipeline that resembles a well structured mesh more than a line. Their workflow runs through defining problems, exploring options, choosing and executing a solution and then iterating until all stakeholders, including the artists, are happy.

In the video above, Matt talks about the Weta Digital team's efforts to devlop the Alien Queen into an intelligent, expressive and interesting creature, not simply a monster. He also describes the use of their expertise in Massive software on this show, gained over successive projects, for the swarm of alien fighter aircreft.

Matt Aitken from Weta Digital wrapped up the day with a talk on building and animating the Alien Queen in ‘Independence Day: Resurgence’, a 70-metre creature with tremendous weight, a strange grace and a mind of her own. Matt talked about the challenges of managing the performance and resulting FX and simulations as she chases a school bus across the salt flats of Area 51. He included details of expressing her emotions and scale, the work of the lighting team who handled shots that were often back-lit, and the very specific, interactive animation of a swarm of 12,000 alien fighter craft that protect her from attack.