Filmmakers returned to the world of Thra in 2019 and recreated the story of the movie ‘The Dark Crystal’ for a new generation on Netflix. The Jim Henson Company originally pitched the series to Netflix as an animated series, aware of the considerable funding, time and work that a full puppet-based production would need. Unexpectedly, however, puppets were exactly what Netflix was interested in, and the company agreed to support production of ‘The Dark Crystal: The Age of Resistance’, a 10-part prequel series.

For many of today’s filmmakers, the original ’Dark Crystal’ is one of the movies made in the 1980s that they rember most. A dark fantasy that took the puppetry skills The Jim Henson Company had developed over a decade of producing Sesame Street and applied them to the big screen for a diverse audience, it is remembered as much for its story and characters as for its spectacular looks.

Shooting for the series started in November 2017 in a converted warehouse at Langley Studios in Slough to the west of London, with Louis Leterrier directing and cinematgrapher Erik Wilson shooting. 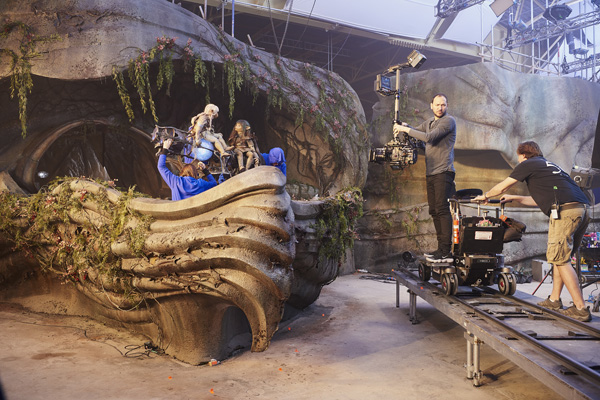 “I came to the project completely unprepared for the scale of it and was in awe of the aspirations for it,” said Erik. ”I always imagined that the puppets would be hidden behind a puppeteer’s table and we would be filming them with a static camera, but that couldn’t have been further from the truth. Every single shot is moving. We did one locked off shot in the whole series but it never made it into the final cut.”

Louis Leterrier had made a successful proof of concept using a RED DRAGON and asked RED Digital Cinema to design a 1:1 ratio square extraction mode measuring 4320 x 4320 pixels from which to de-squeeze the anamorphic image captured by Cooke Anamorphic/i prime lenses. Therefore, ‘Dark Crystal: Age of Resistance’ was shot using five of the specially modified RED DRAGON 4K cameras at 2.2:1 with a Gold Diffusion optical low pass filter made by Kipper Tie. 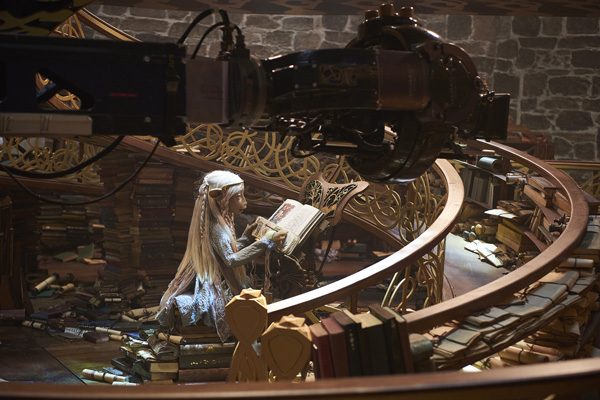 Cooke Anamorphic/i lenses were chosen for the production for a number of reasons. First, the set was unusual. The warehouse ceiling was already fairly low, and with a 4ft rostrum in place to allow the puppeteers to move around the different scenes, the shooting space became even lower and also narrower. All of the exteriors also had to be shot inside as well.

“Lenses allowing you to blur the image so you can shoot off the set or puppeteers’ heads without actually registering what they are, are ideal – in that way, anamorphic becomes your friend,” said Erik. “A lot of lenses wouldn’t have matched the requirements because they’re designed for a slightly smaller sensor, but even after going through all the different lenses that I liked I realised the Cooke lenses would actually fill this square we need to record on. We did some tests and they looked great. I really like the Cooke Anamorphic/i’s – they have personality, they have charm and at the same time, they also are technically very good.” 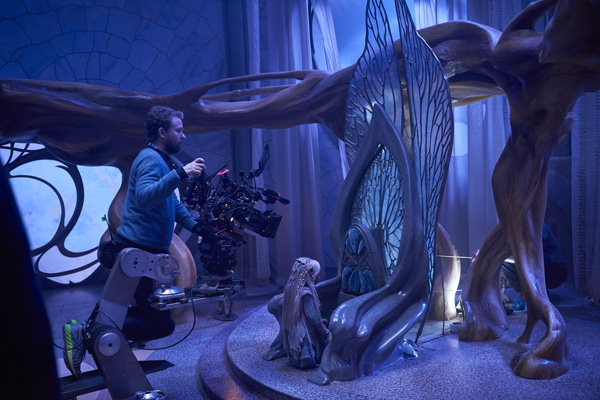 A lot of testing was done on the initial set up to achieve the right combination of equipment for a look that would work well for the puppets’ skin and make-up, as well as the lighting. Because the shoot was to be done in blocks, everything was lit by colour-changing LEDs running through a lighting control console, an electronic device used in theatres to control multiple lights at once. In this context, using this type of concole meant the set could be built and lit perfectly at the construction stage and packed safely away. It could then be brought out and quickly, precisely recreated and re-lit for the shoot months later.

The Cookes worked well in these slightly unusual conditions. “It’s the look I like. They feel warm, gentle and rounded, and they transformed the look from that sensor,” said Erik. “Comparing the spherical tests with the anamorphic, with the Cookes the puppets seems more majestic. You are transported into their world to a much greater degree.” 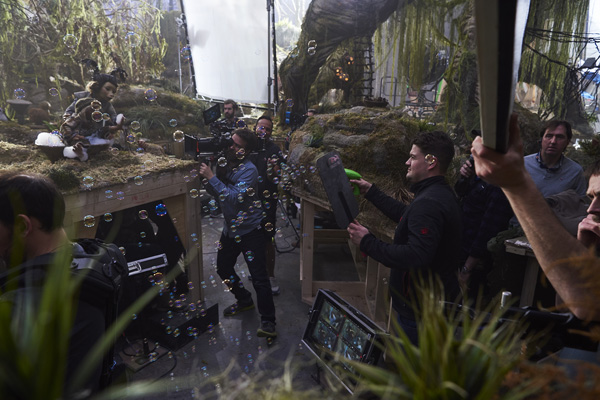 The production also needed to consider the original 1982 movie. “The creation of the look was based on the film, but we had to take it further because we were expanding on the scope of the movie. The equipment was only one aspect – it had to be completed on a TV schedule rather than a film schedule, which was a challenge,” he added.

It was a long shoot, all in all lasting 180 days, which made it a demanding period for Wilson and the crew – his gaffer Andy Lowe, key grip Ronan Murphy and focus pullers Iwan Prys Reynolds and Jon Garwes. In fact, the shoot was long enough that the faourite lenses that the team used changed as they went along, starting with the 40mm and 75mm and ending up on the 50mm and 100mm. 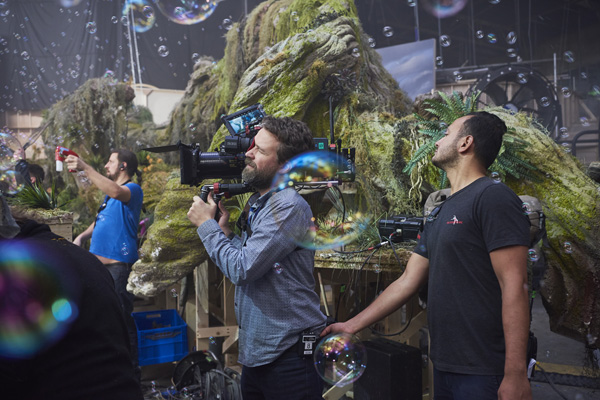 “The Cooke Anamorphic/i set has a large range of focal lengths and we used all of them, but many of the close ups using the 75mm and the 100mm were very popular,” Erik remarked. “The image quality and the consistency from the wider to the longer lenses was great. Furthermore, they have been designed for a modern production, that is, the frontal elements are the same size, the focus and the iris ring are in the same place – all the mechanical things are in place and it doesn’t take any time to change a lens, which is vital due to time pressure.”

The end result maintains its fantasty heritage in 4K but also makes an engaging return to the world of Thra. Erik said, “You feel yourself pulled into the politics and into the characters and you forget that they’re puppets.”  www.cookeoptics.com